Chaos Renegade Warband - with a bit of cheating


You may remember a little while ago I showed off a new Chaos Renegade conversion that I had done. Well, every Renegade needs a warband and, by hook and by crook, I managed to force one together. 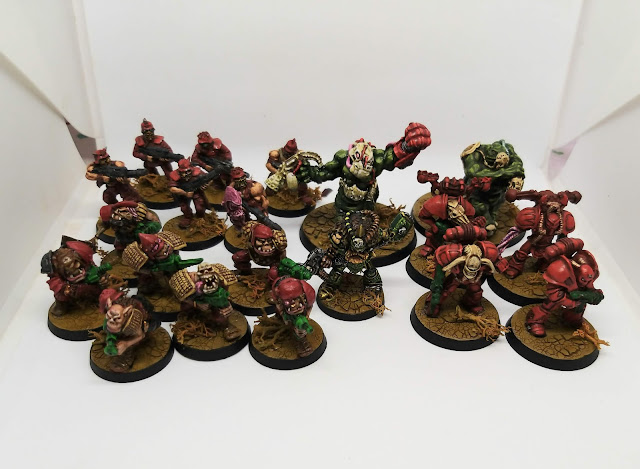 The warband is a mix of old figures, new figures and conversions and they are all ready and willing to cause mayhem on a planet near you (maybe not that near).


A bunch of us are getting together at WHW to throw dice at each other and day-drink. You may have already seen Axiom's Warband, JB's bunch wierdos, Mr Papafakis' Legionnaires and AirborneGrove's Killers , if not, get over there and have a nose. There are, however, more warbands to come! 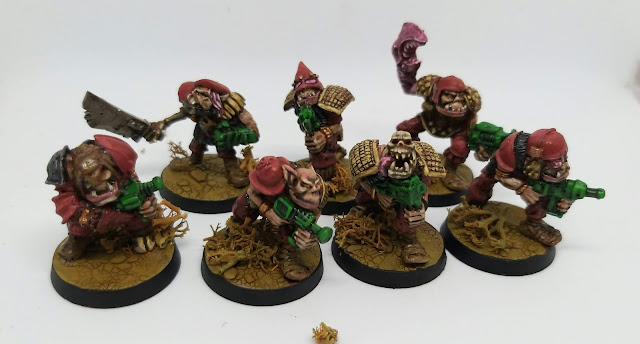 In the mean time lets have a quick look at my Warband. First up, 7 Orks. All have been converted in some way, some of them have hooves, a couple of them have skeletal parts and one has a lovely big claw. As well as serving time in my Renegades warband, this lot will also be doubling up as a bunch of freebooters in my Ork army. 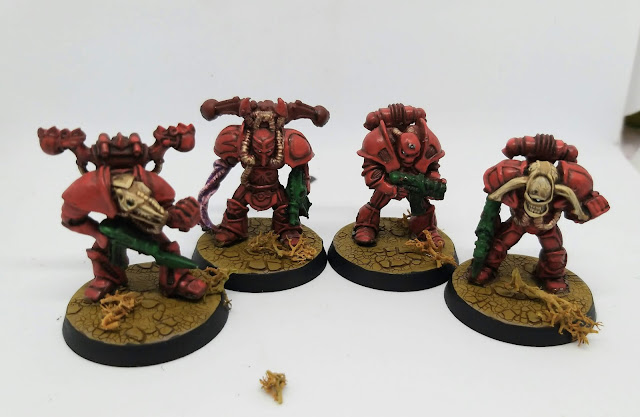 These 4 Chaos Marines have been kicking around in my figures box for years. In fact they featured in a Rogue Trader battle report more than 5 years ago. I'm very much of the mind that, if I've got something painted that hasn't seen much use in 5 years, whats the point of painting something new? So they got new bases and they are all ready to go. 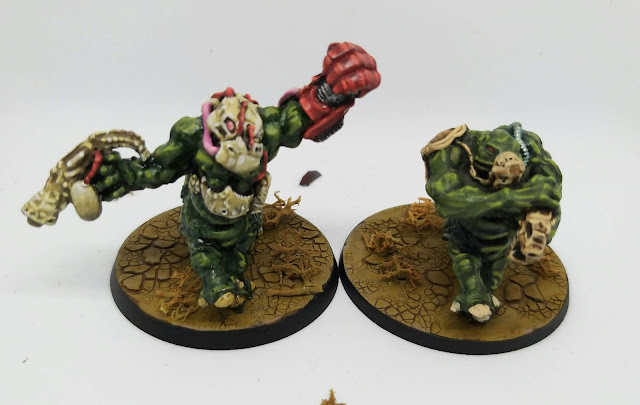 These two Zoats are a mix of new and old. The chap on the right featured in the same game as the Marines above and the chap on the left is a new model that I got painted in pretty much one sitting. he was great fun and pretty much painted himself. 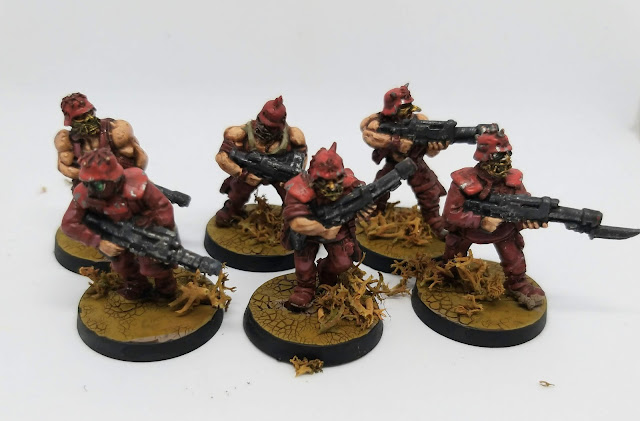 And finally some ex-guard that also took part in the battle of Nittin. These guys were quick and rough five years ago and I did absolutely no tarting up apart from some new basing.

So there we go. One Warband.

Time to get on with the 90 afghans that are sitting on the kitchen table looking neglected.
Chaos army Realm of Chaos RT Warbands