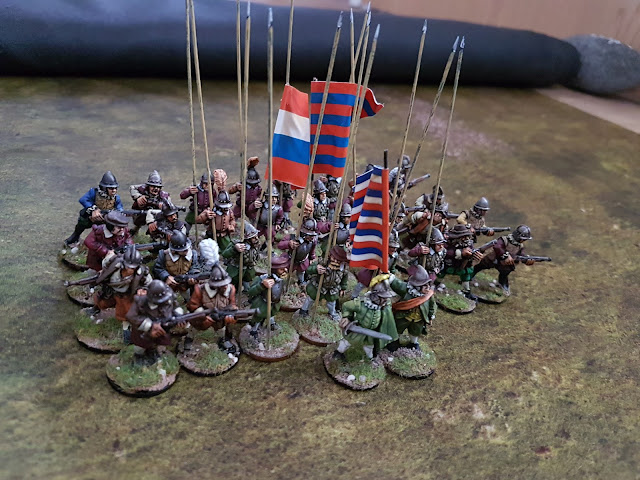 Just a quick post to show off what I've got done so far for my Dutch revolt project. I stupidly offered to run a game at the club I've been attending in Devon so I need to pull the finger out and get stuff done. Above is the full dutch regiment. They have all been shown on the blog before but it's the first time I've put them together as a unit. 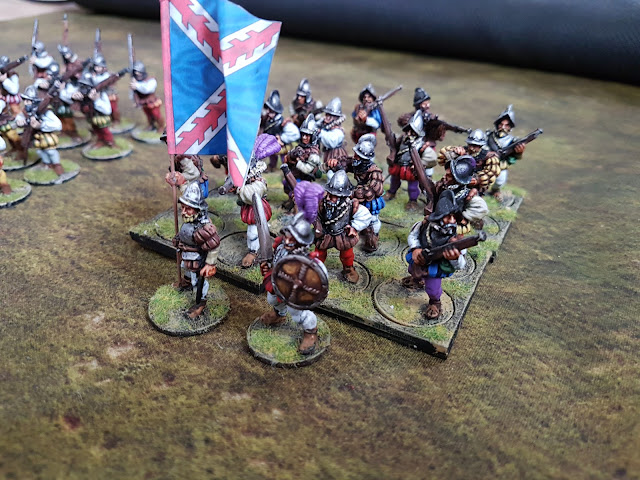 I have however just completed another unit of Spanish Arquebusiers. This makes them my 3rd completed Spanish unit alongside... 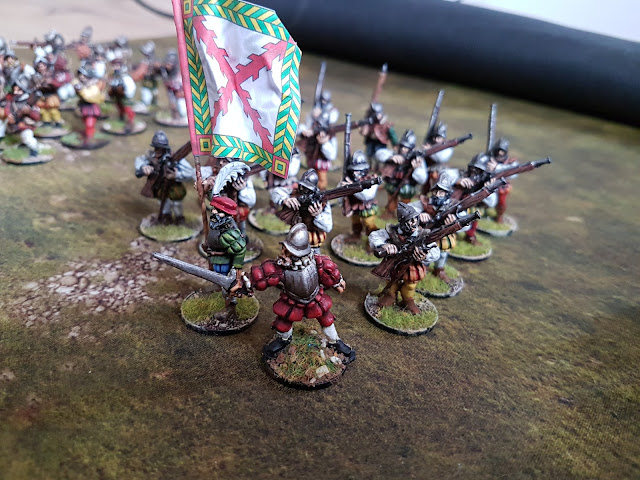 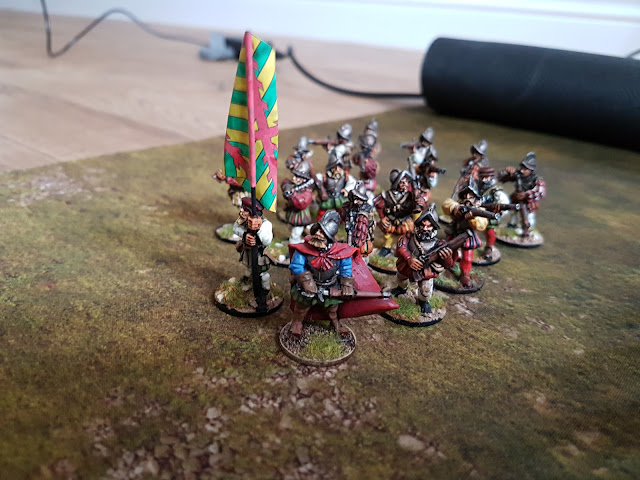 And another unit of Arquebusiers. 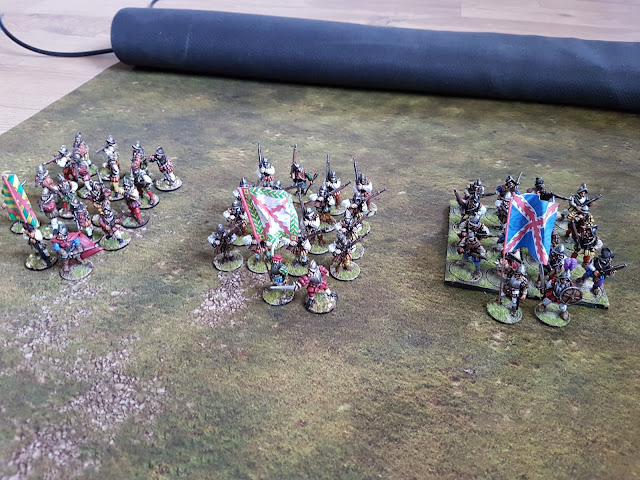 I've also finished some more Dutch Arquebusiers but I just need to give them some officers and a Standard. 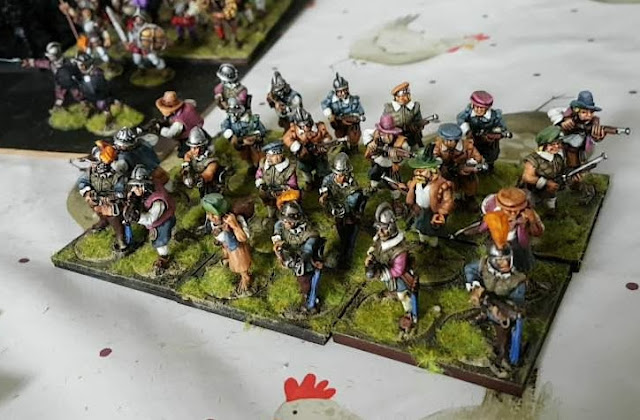 Before the game I want to see if I can get some cavalry done for both sides, a unit of halberdiers for the Dutch and for the Spanish a Unit of Pike and some Sword and Buckler men. Wish me luck.
Dutch Revolt Elizabethan Gothique Sharply Buffed