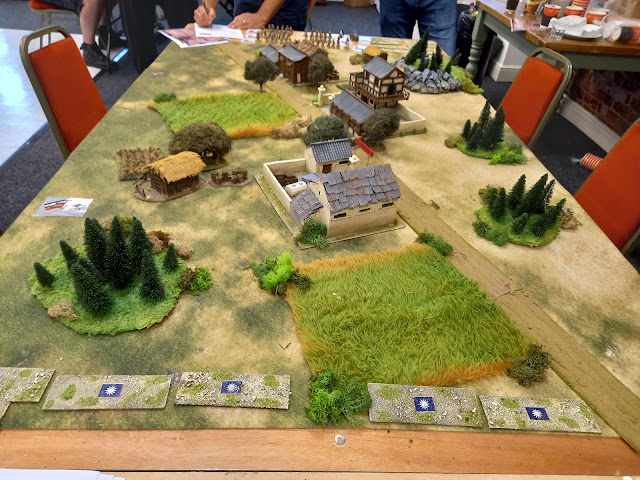 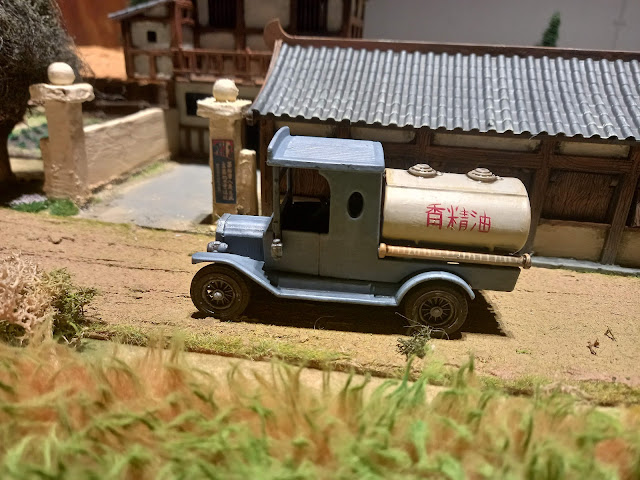 I managed to complete a little Fuel Tanker (it reads "Essential Oil" - or at least it should!) that can be used in the scenario.

And the cards that are essential for running the game. 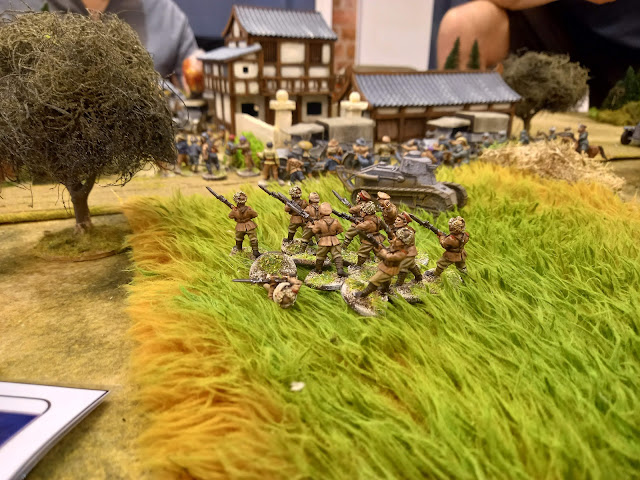 The scenario involves the Wing Ding Clique attempting to move some much needed supplies towards the front where a big push has started into Hung Lo territory. A convoy of trucks is being escorted by a force of Wing Ding affilated soldiers alongside some White Russian mercenaries. 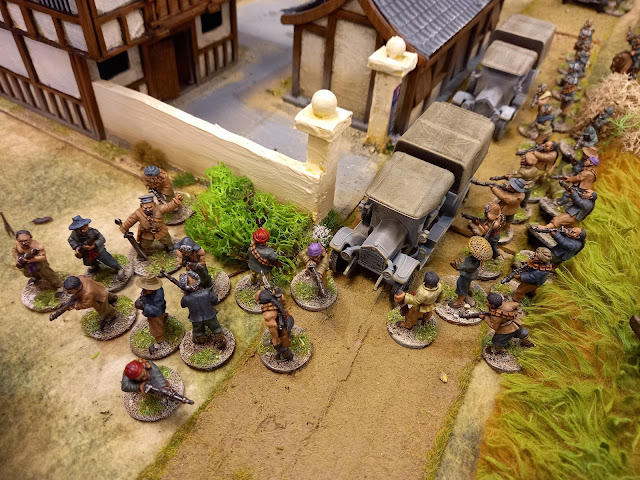 The Hung Lo clique have learned of the shipment of supplies and are determined to stop it near the village of Zhu Hoo. They have teamed up with a band of local bandits (who are mostly ex soldiers anyway) and have laid a trap. 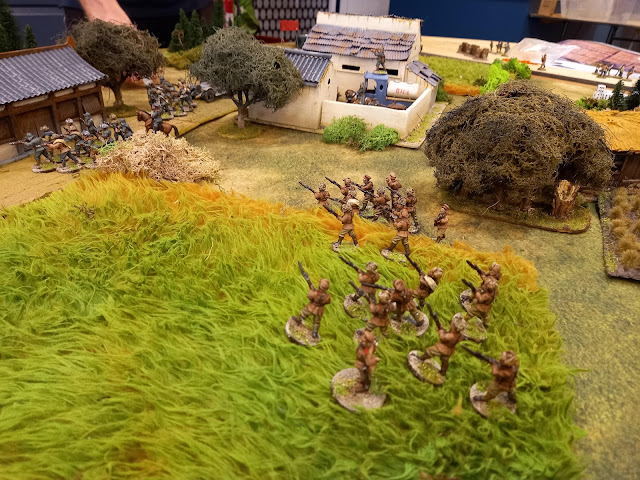 The Hung Lo barricaded the road, making the Wing Ding troops attempt to dismantle the barricade and also sending some trucks round the outside of the village in order to force their way through. One Truck turned out to be full of sword armed 'Dare to Die' troops (who, due to a wounded officer, ended up stuck out in the open) and the other was assaulted by a mob of Hung Lo troops armed with SMG's, leaving it burning next to the cabbage patch. 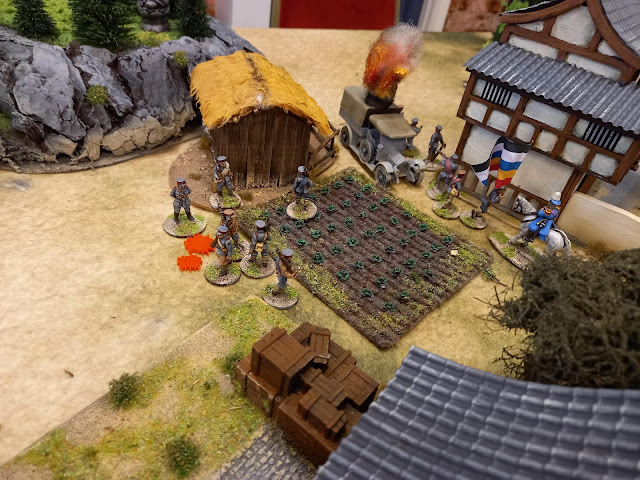 The Hung Lo tank appeared in the middle of the village and spent many a happy turn attempting to damage the Wing Ding armoured car but somone had obvioulsy failed to explain to the gunner that aiming was important (I've never seen so many 1's rolled!) 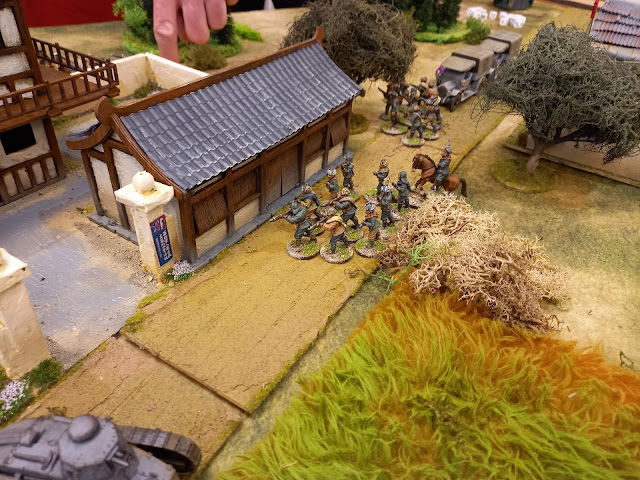 Eventually the Wing Ding Troops removed the barricade and moved down the road. The Wing Ding commander had moved into the factory and found some TNT and a tanker full of oil and brought them along in order to deal with any other barriers they might face. This turned out to be his undoing.
The Bandits suddenly appeared en mass in the centre of the village (the Wing Dings had forgotten to keep trying to spot their enemy). They swamped the trucks and in a confused incident (some say it was the tank finally hitting a target, others a stray grenade from the bandits, yet others say it was a poorly guarded stick TNT and an american cigarette) the fuel truck with the Wing Ding commander cheering from the window, exploded in a massive fireball. The game ended with two of the Wing Ding Trucks trying to force their way past hordes of Bandits, grenades and tank shot firing at them from every direction but failing to reach the table edge, handing the win to the Hung Lo clique! 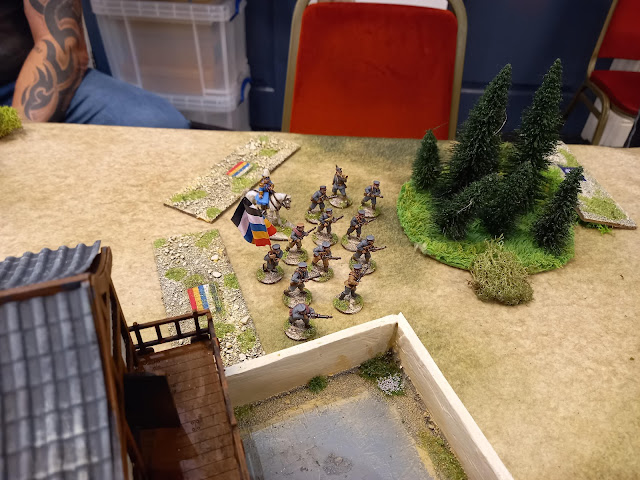 All 4 players really enjoyed the game and it ran pretty smoothly. We have realised that the Mortar can't hit anything and that if you stand about in the open, getting shot is pretty nasty.
The game had plenty of laughs and a whole load of calamity, I'm really looking forward to seeing how it runs at Deep Fried Lard this Saturday. 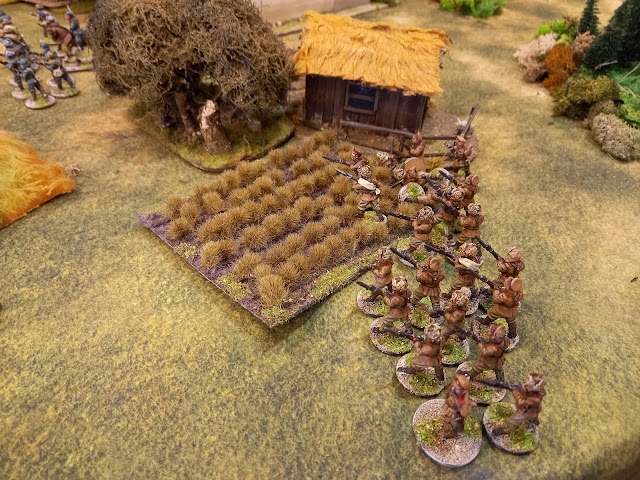 Thanks to Matt, David, Gareth and Phil for being such great players. 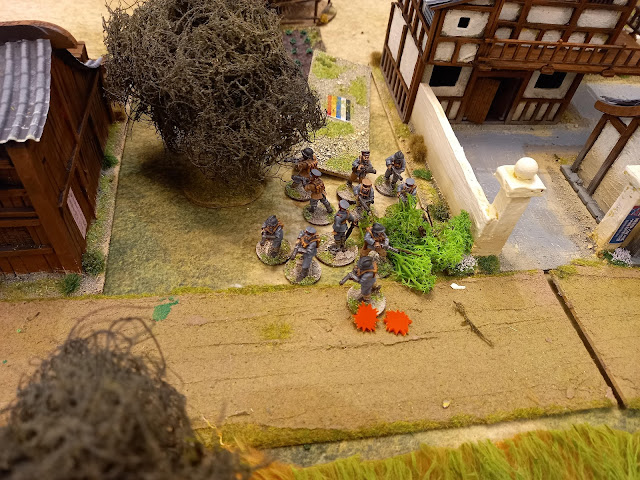