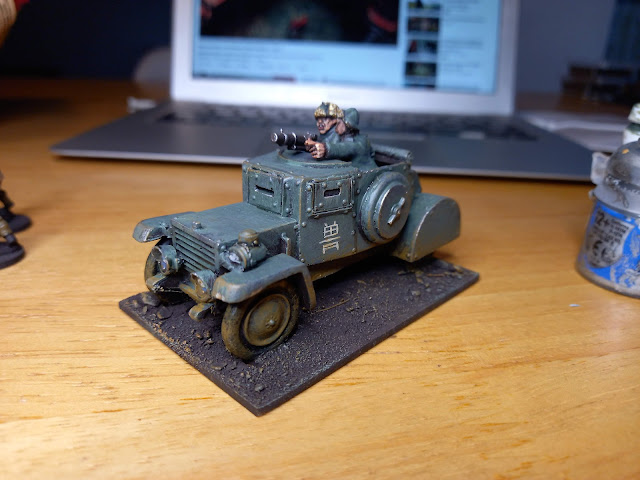 A slight dip in productivity has been reversed by the completion of this dinky little armoured car for one side of the Warlords conflict (I'm going have to think of some fun names for the Cliques my Warlords belong to, suggestions on a post card please). 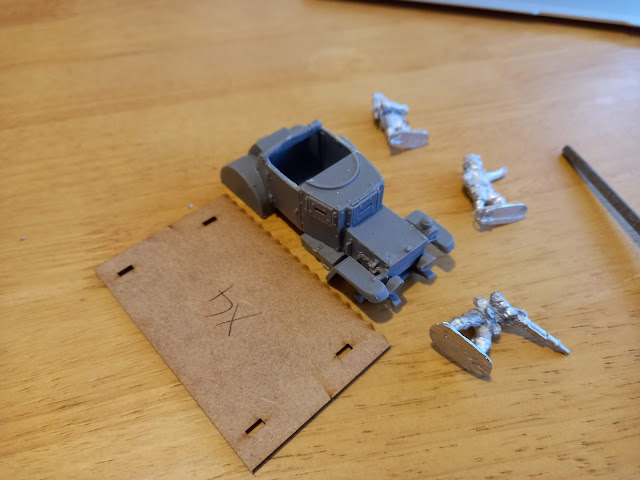 The model comes from 1st Corps who are producing a lovely range of 1/48 vehicles for WW2 but also have a great range of interwar vehicles and oddments as well. This one was sold as an improvised armoured car but seems to be fairly well constructed.  I decided to mount it on a base as I wanted the metals wheels to have a less chance of being knocked off by heavy handed wargamers. 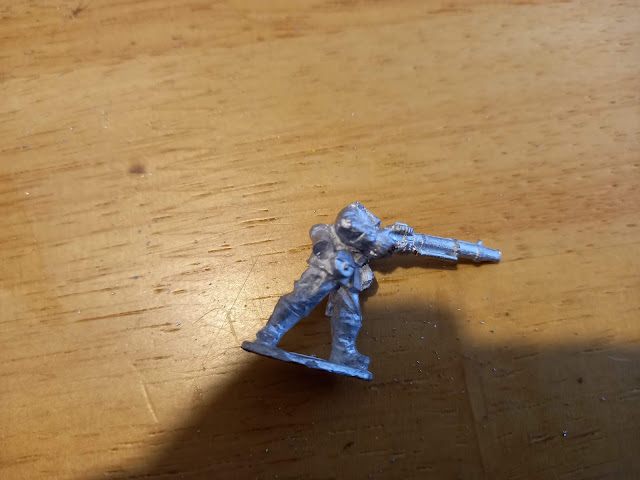 I spent ages thinking I was going to scratch build a turret for it and had even glued a roof over the rear section in preparation but a chance realistation that I had a spare Lewis Gunner (a Renegade miniatures WW1 German, yes I know they don't make them anymore, don't @ me) led to me deciding to have two chaps standing in the rear, shooting. I puchased a second Mortar and crew from Copplestone and did a but of head swapping. 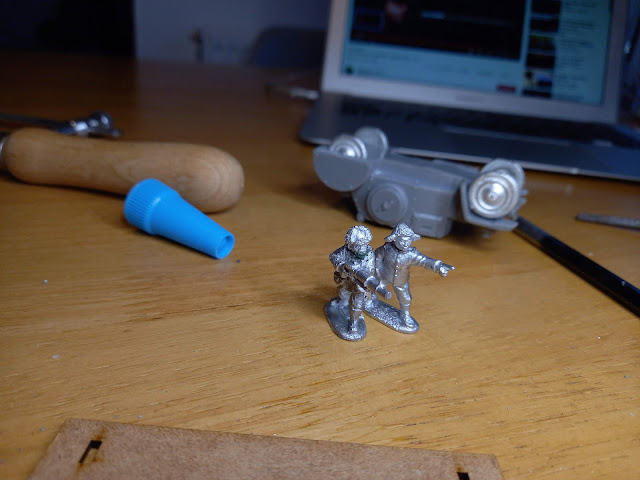 I basically swapped these two around but made such a hash of sawing off the gunners head that I had to rebuild his lower jaw with Greenstuff. 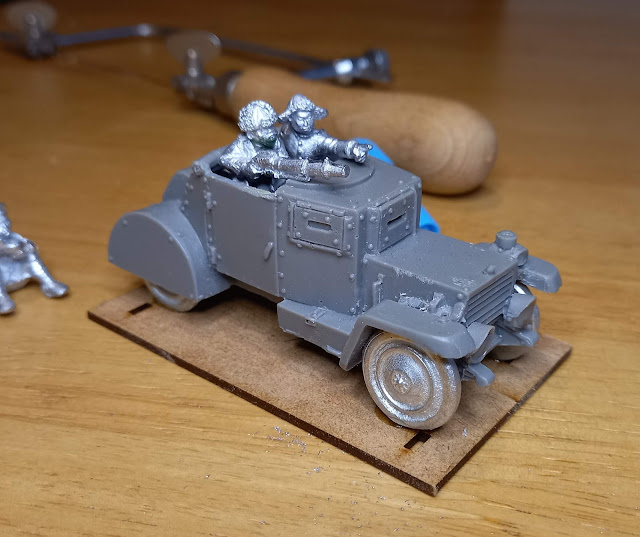 The two of them fitted perfctly in the back with one blasting away and the other helpfully pointing out targets. 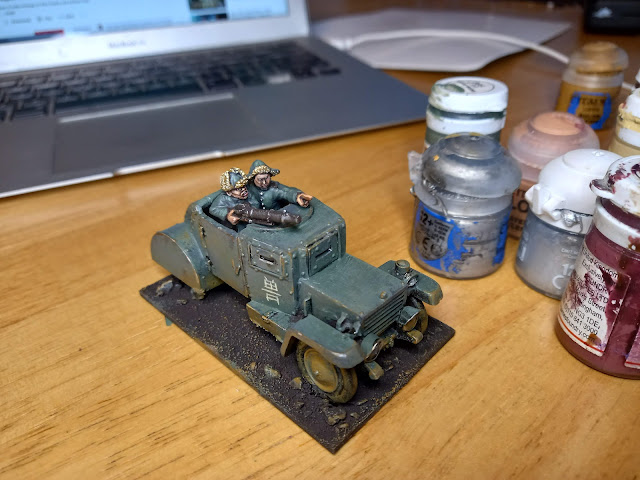 A simple green colour scheme to match the faction and a little bit of weathering and the Chinese symbol for 'Beast' (at least thats what Google told me) painted on either side and we're all done. The base will get finished off when the rest of the infantry get done.
Now, 10 White Russians are about 80% done and then I can tackle the last 12 infantry. 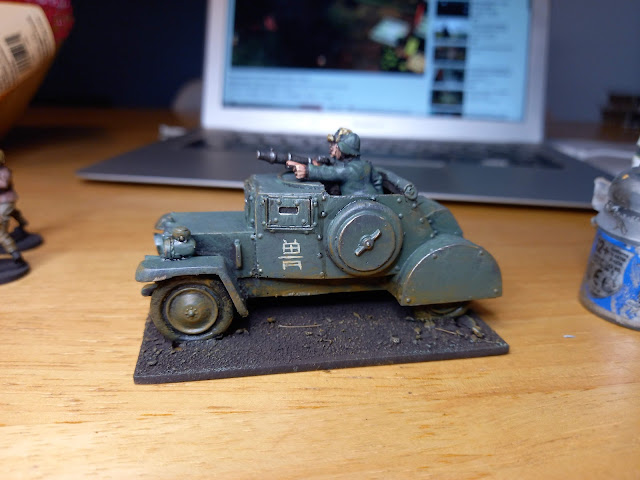