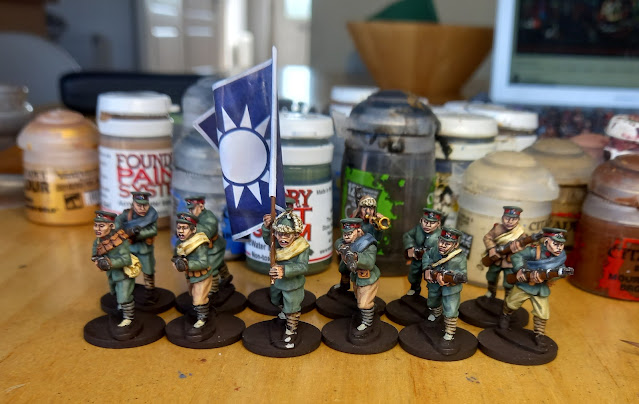 I'm still plugging away at the Chinese Warlords project. I've finished another couple of units and some other bits and bobs and i'm within sight of finishing.
The unit above is another standard infantry unit but this time it has twelve members, with the addition of a banner bearer and a bugler. They'll be the Warlord's personal unit of infantry but they should be able to mix with the other, fur hatted, guys to make more varied uniforms in the army. 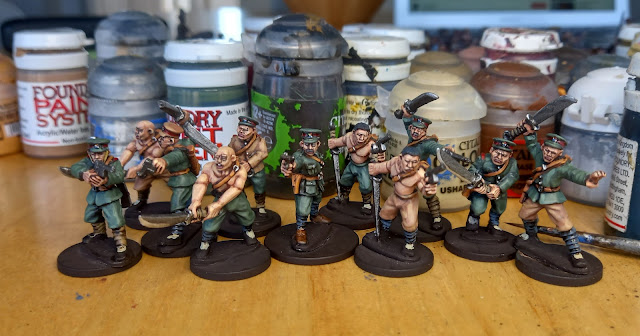 The other unit finished was the Big Sword Dare to Die unit. These are veteran troops that were rewarded by having their rifles taken away and being given big swords and knock off mausers instead. They were in charge of keeping discipline in the army so will have some kind of bonus for bottle tests when other units are near by. 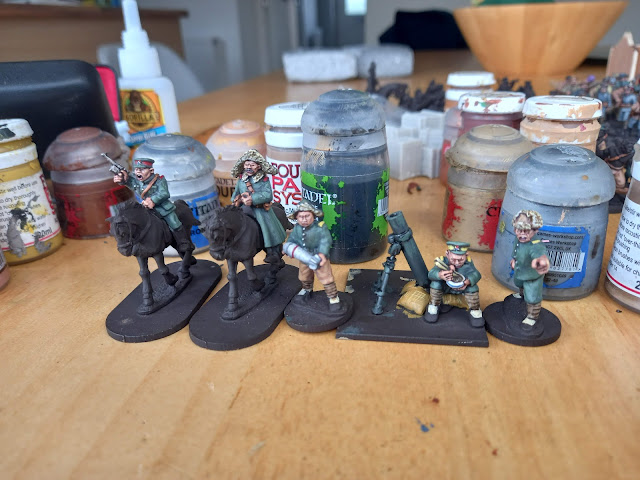 I also finsihed off a couple of mounted officers (the one in the log coat and furry hat is the big cheese in this force) as well as mortar unit. I know I have't painted the horses yet but I'll get round to doing all 4 of them when I get the last mounted figure done.
I've booked myself to host this game at several Lardy days this year. So far, they'll be at OML 8.2 in June followed by Deep Fried Lard the week after and the Ouseing Lard in July. Then I'll be at Clotted Lard in Septemeber with either this lot or next project (depending on how I get on with painting it of course!) 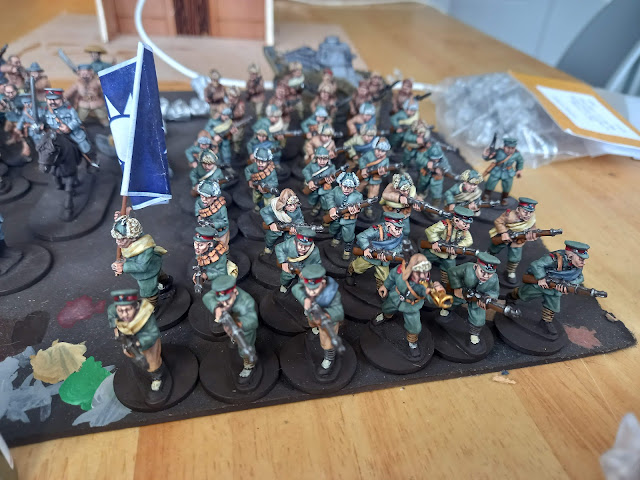 Just a pic of the 'Green' force so far. One more unit of White Russians and an Armoured car will finish this lot off. Then It's on more unit of infantry for the 'Greys' and we're done.
Cheers