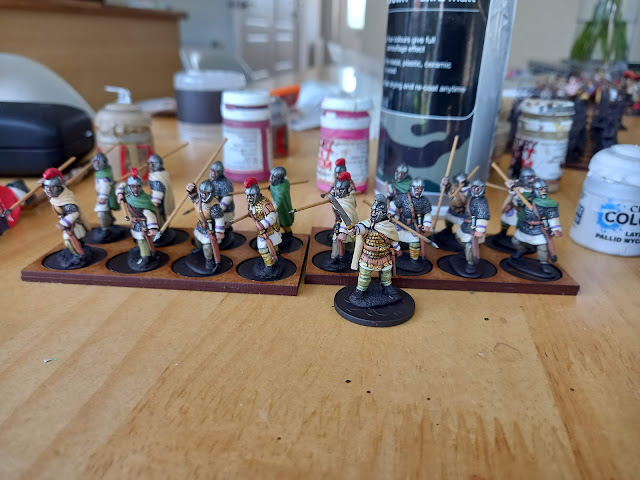 These guys are going to represent soldiers of the Comitatenses of the Diocese of Thrace. Basically these are the full time professional soldiers that are stationed in the major towns of Thrace. They are called out when the Barbarians cross the Limes in large enough numbers to cause the Limitanei a problem. 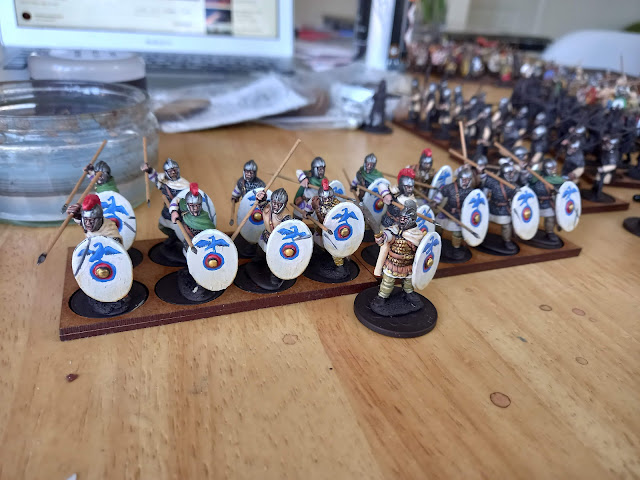 I decided to do each formation of two groups as coming from separate units. Using the relevant pages from the Notitia Dignitatum I decided on painting the units as the Constantini Seniores and the Secunda Flavia Gemina. 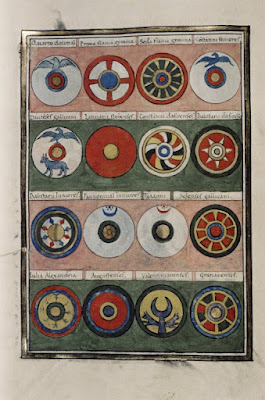 Just like the Goths I chose to paint the shields myself. I wasn't happy with the idea of perfect shields with my painted figures behind so I decided to do them both to my standard. They aren't prize winning but they make me happy. 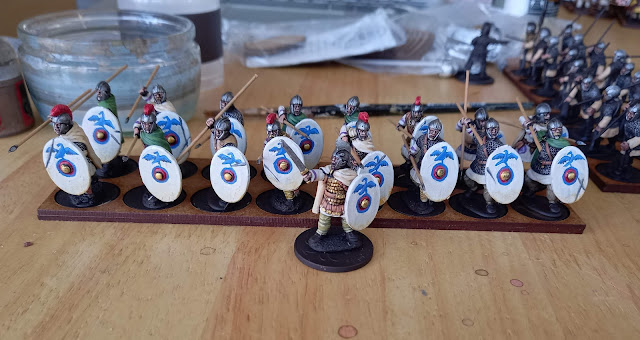 The Secunda Flavia Gemina unit had a couple of command figures and the Commander is, in fact, A gripping beast figure. I used slightly different colours on the clothing and capes just to add to the image of them being a different unit rather than just the same guys with different shields. 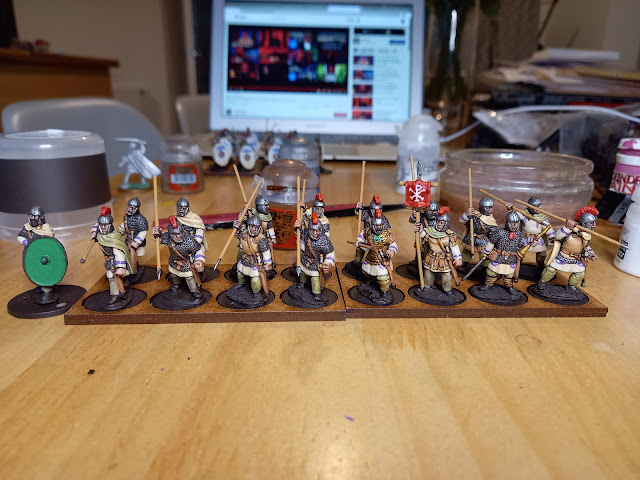 Again all the shields are hand painted and carry the stink a family resentment. 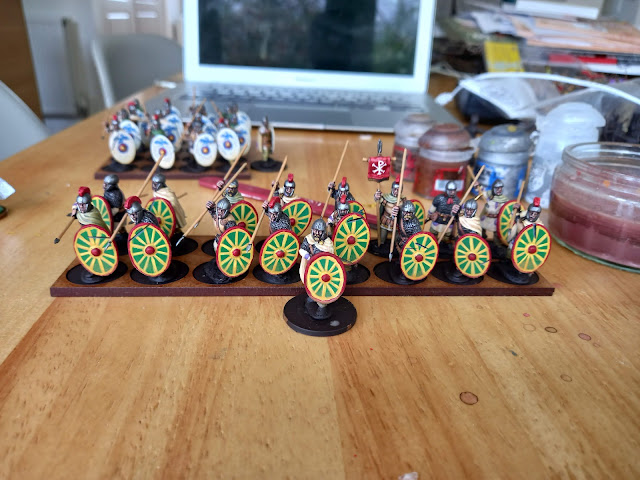 They look quite handsome next to each other if I do say so myself. In the game i'm planning I expect each player to have a Unit each plus some additional figures, a unit of Archers and a unit Limitanei. I ran out of steam before I finished the archers (thanks covid!) so they are about two thirds done at this point. 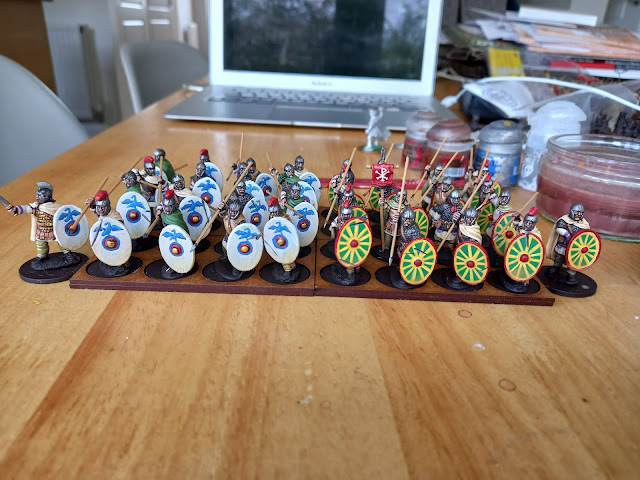 And here are both forces lined up together as I spent most of a day just basing them all in one go. At moment, the Goths are outnumbering the Romans but once I add in the other units it should look a bit more even. 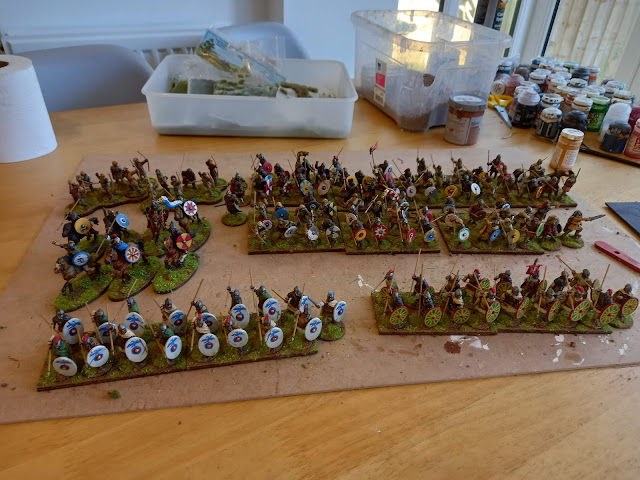 Finally, here are both units of Romans, tarted up with bases all done, ready to march into battle. Hopefully they'll get their first outing at the club at the start of October and then a full showing at Gert Lush Lard in Bristol on the 30th. 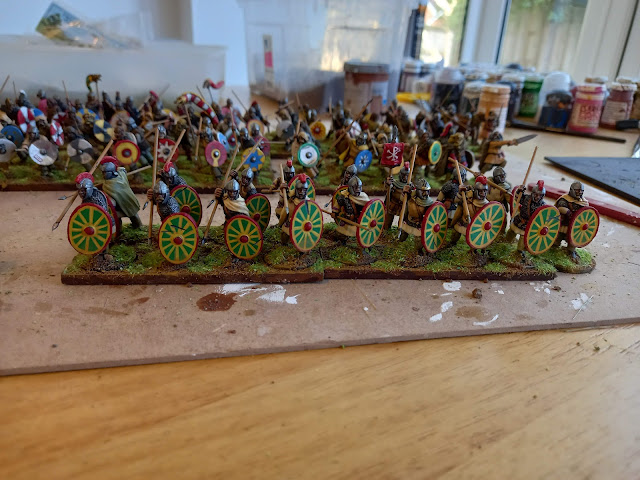 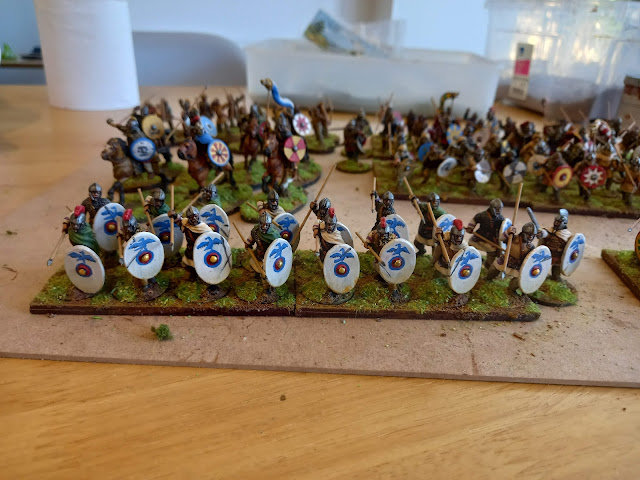