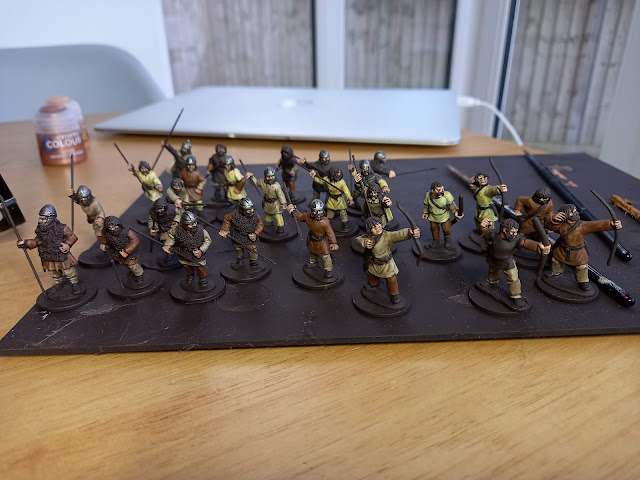 Everyone likes a challenge!
The one I gave myself was to paint up 4 forces of figures for a 4 player game of Infamy! Infamy! at Gert Lush Lard at the end of October. Thankfully, being a teacher, I get the very generous summer holiday to make a serious dent into the painting pile.
First up were the Goths. These guys will represent Goths from the late 370's leading up to and after the battle of Adrianople where they roamed over Thrace. 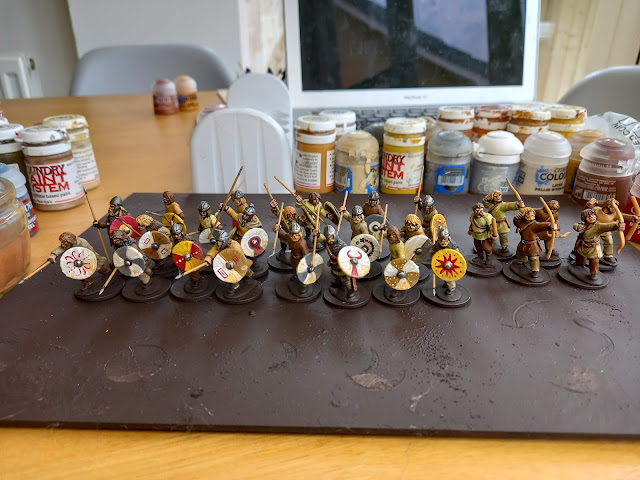 I painted these figures in large batches, starting off with 20 warriors and 6 archers. Once I'd done the flesh tones on all the figures I started off a Foundry Drab and made sure that all the figures had at least one area in that colour. Then changing to a dark brown, half got a section in that colour, then a light brown then a beige etc until they were all clothed as it were. This gives a rag tag colouring scheme whilst still tying them together. The shields are the key focus of the mob and again I used a small pallet of colours in order to tie the unit together. I did buy some of the transfers that little big man studios produced but I decided I wanted to paint the patterns and it was just a case of experimenting with patterns and details as I went along. 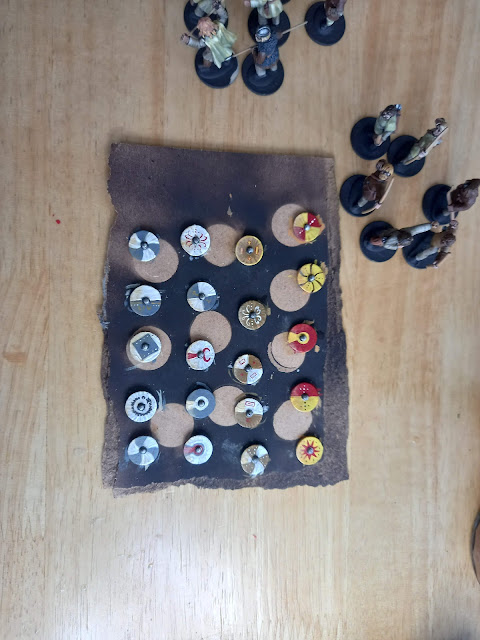 Once the first Warriors were done, I moved on to two groups of Nobles. These guys were mostly wearing armour and helmets so after the flesh, it was onto metal work. They got some brighter coloured clothes to wear as well as they could no doubt afford it. 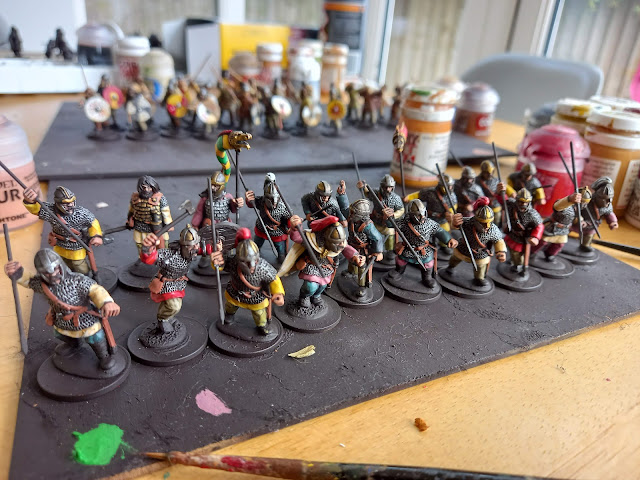 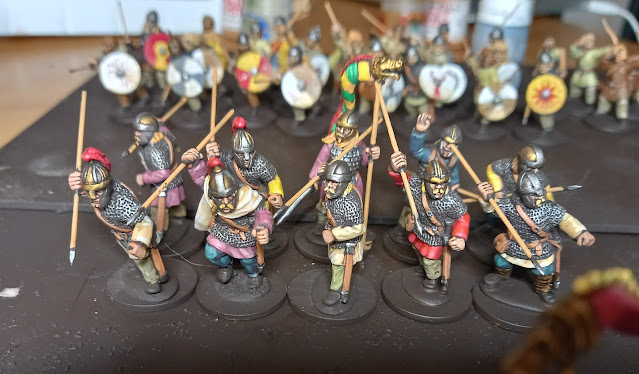 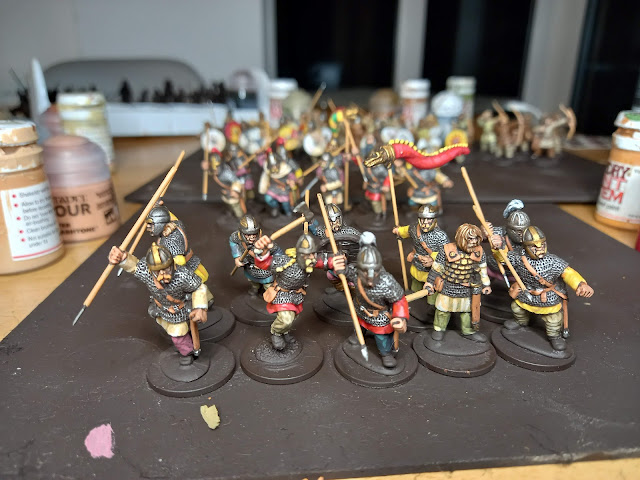 I varied the shapes of their shields a bit more and gave the roman oval shields as well as round ones. The photos below show how I worked through the sets of colours to produce a range of shield designs. 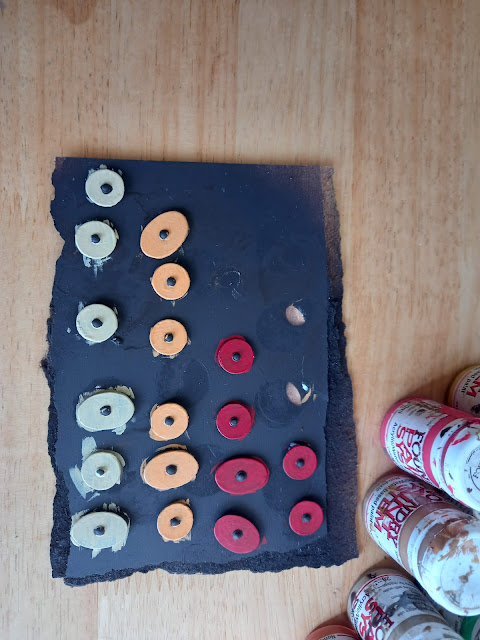 Red, Yellow and off white base coats. 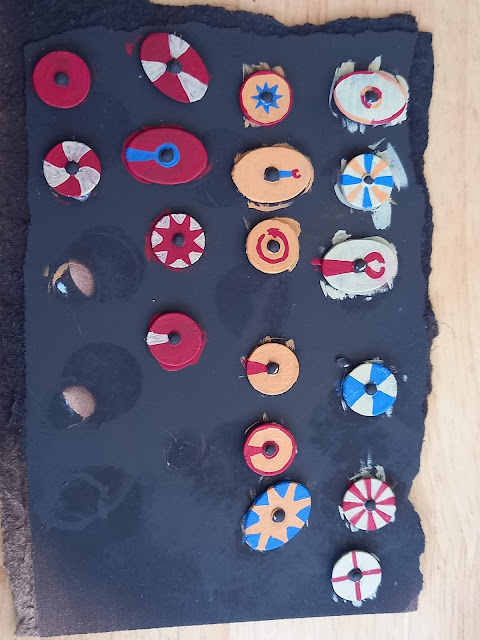 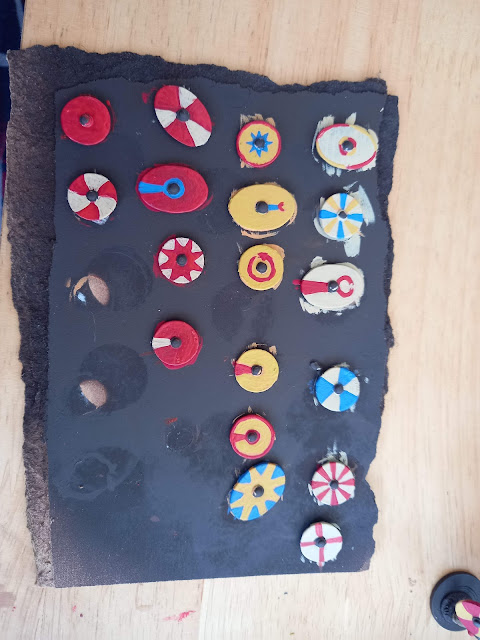 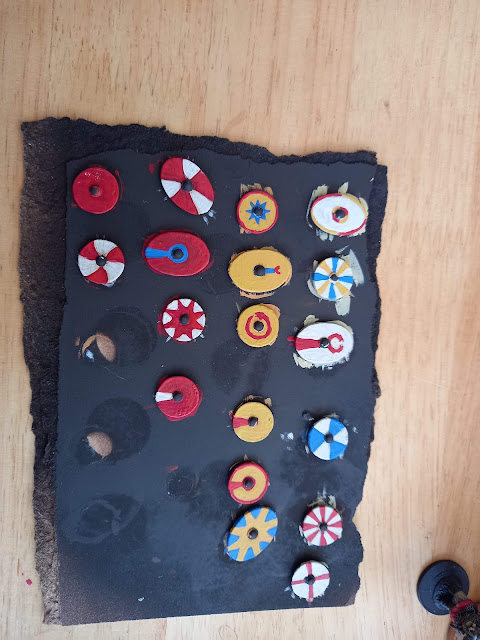 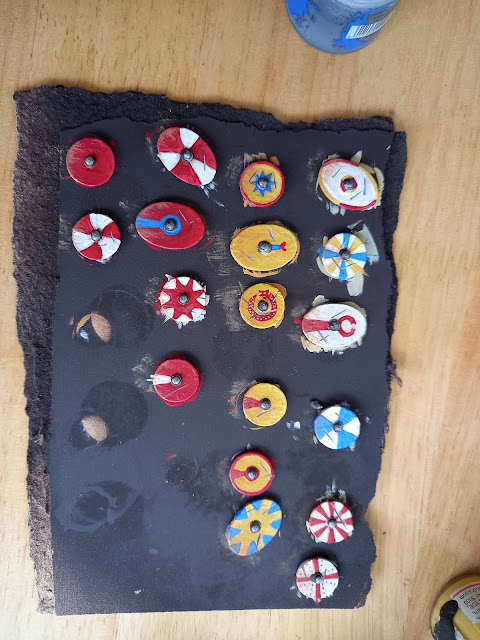 And once on the figures they look pretty effective 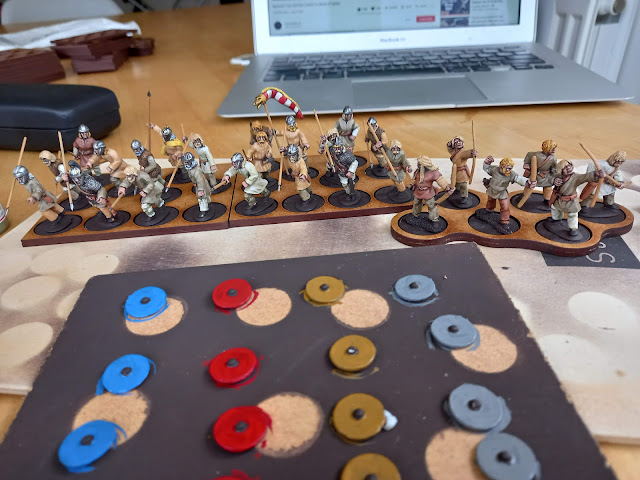 Next up were another 20 warriors and 6 archers which followed an identical method as the previous bunch. 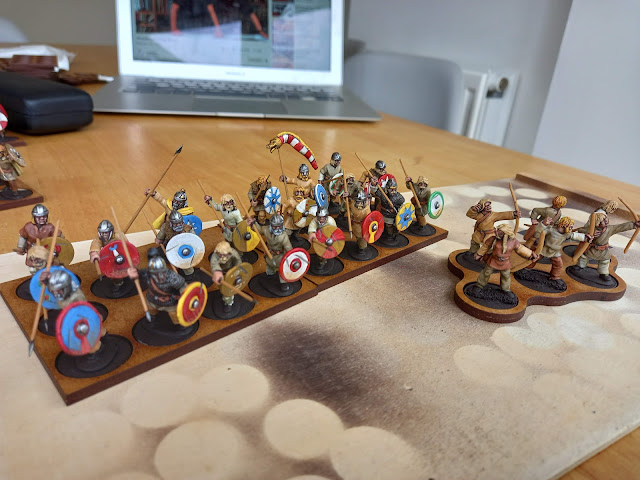 So this meant that the basic force was done. 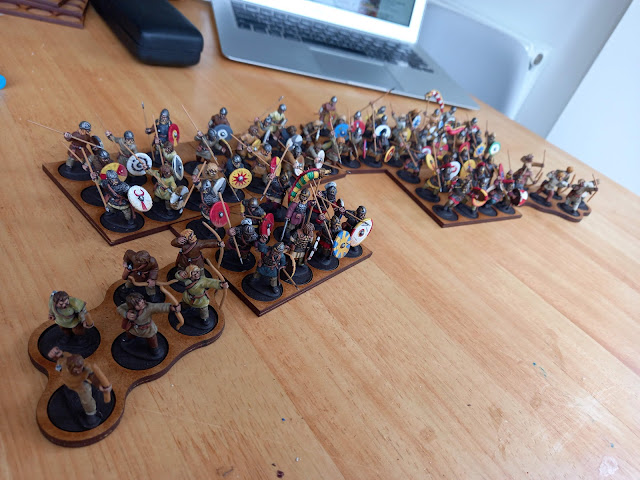 I then did another group of 10 (these are Black Tree figures) that I could mix in with the rest of the force for some variety or separate out as allies for either the Goths or Romans just to make games a bit more interesting. 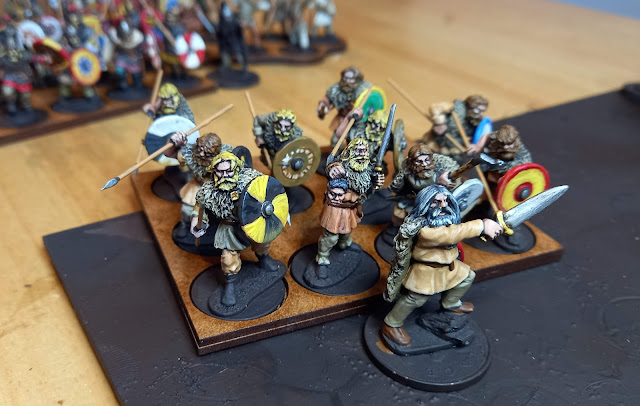 And then I added a group of 6 heavy cavalry with a leader to provide a bit of punch, 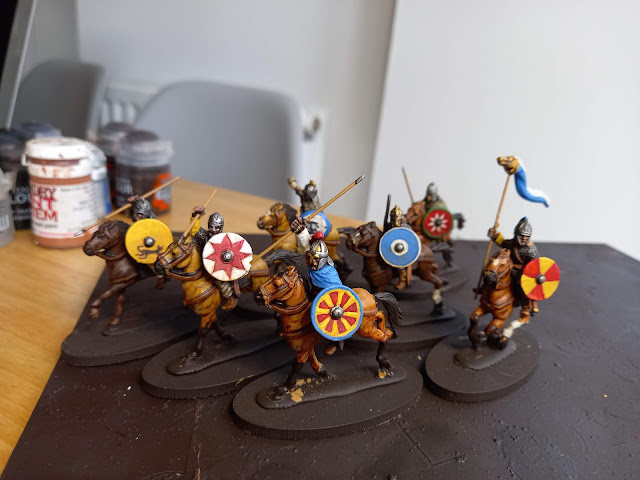 And then all that was needed was some leaders to point the hairy hordes in the right direction. 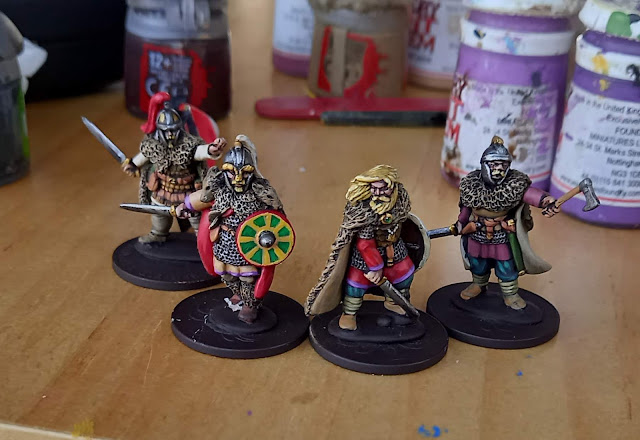 And there we have it. The summers efforts are rewarded by a big old mob of hairy savages intent on settling across the Danube and causing the Roman authorities no end of trouble