One of the things that have emerged from the last year of Lockdown is the Virtual wargame. Not the kind that is essentially a computer game with pixel high soldiers wandering wonkily about, but a wargame using proper minatures, a proper table, a load of scenery and a load of proper banter. It sounds ridiculous but it actually works.

A bit of back ground first of all. As I'm sure some of you are aware, clubs all over the country have been running games days where they invite gamers down their clubs to play games published by TooFatLardies and put on by club members. These Lardy Days have become increasingly popular and indeed the last face to face game I had was putting on games of my North West Frontier game at the Lardy day in Southhampton (Come and have a go if you think you're Lard enough, run by the hardest working man in show business Mark Backhouse). With no face to face gaming looking likley for the near future, some hardy individuals started to figure out how to use the sort of video conferencing software we were all using for work to play games between each other.

The first I knew of it was images of some of the Lardy crowd play testing bits and pieces of Infamy! Infamy! before it came out. Within a short amout of time a small group of Lardy boys got together and organised a Virtual Lard day (June 2020). With the success of the first one, a second was organised (July) and then a 3rd (October - where I jumped in to see what the fuss was all about and was treated to my first game of Infamy! and then was shamed in a game of Sharp Practice). After that I decided I could do this so offered a game for Virtual Lard Day 4.

How the hell does it work? I hear you cry. Well it's reasonably simple. The day itself is organised through a Discord group. Jeremy, the Virtual Lard guru himself will set a date and ask for volunteers to run games. The game organisers will the be included in a private channel to discuss getting everything set and write up 'trailers' for your games. I offered to put on a game using the Filibusters set that I'd only just finished.
Once everyone has their trailers set up, they will be published on the Discord Channel and a date and time will be set for people to register. On that date, people sign up for the games they would like and they are alloted to games based on their preferences, most people get at least one of their first choices.

Once you have been allocated to a game, a channel is opened for all the players to chat to the host of the game and get prepped for playing. On the day of Virtual Lard itself most people will be signed up for two games. At the time alloted the host of the game (me in this case) will send a link to the players to start a meeting on whichever system they prefer to use (I've used Jintsi and Google Meets but others have used Zoom and a variety of other systems). The players then log and will get a couple of views of the game.

Generally there will be a view of the whole table from the end and another on a mobile camera. I built a mount that attaches to the ceiling of my garage and fits one of the families old Iphones. This gives the static view of the table. (I also used a Visualiser linked to a Laptop which I actually found more realiable).

The mobile camera is used to show detail of what is going on the table. The players can ask to see bits and pieces of the action and it's an easy job to move the camera around the table and focus it on what you need. Tripods are easy enough to buy on the internet but me being me I decided to make myself one. 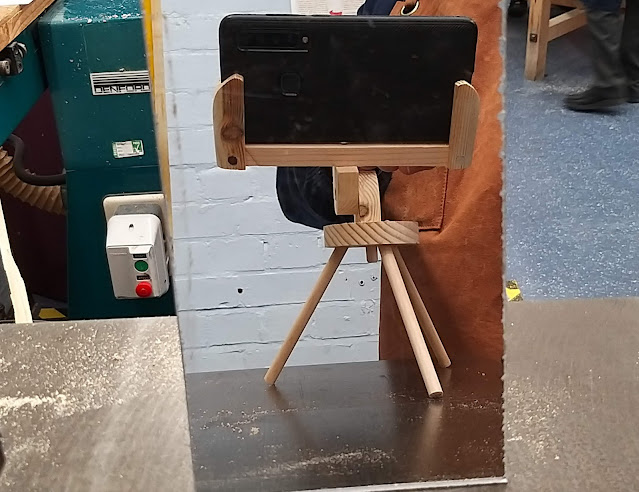 The game itself pretty much runs the same as you would at a club day. The players described the move they want to make, you move the figures and double check thats what they want, make measurements for them, give them options and chat and banter. Despite there only being two cameras it is quite easy to get sucked into the game and the experience is nearly as good as having a real life game.
In all I had 8 players over the day (two sets of 4) and they all had great fun playing. With things opening up, the need to play these types of games will diminish but It's nice to know that it's an option as it's open to players from all over the world (having had players from the States, Europe and Austrialia). So if things still don't return to normal, keep an eye open for mentions of VL6 coming in the future. 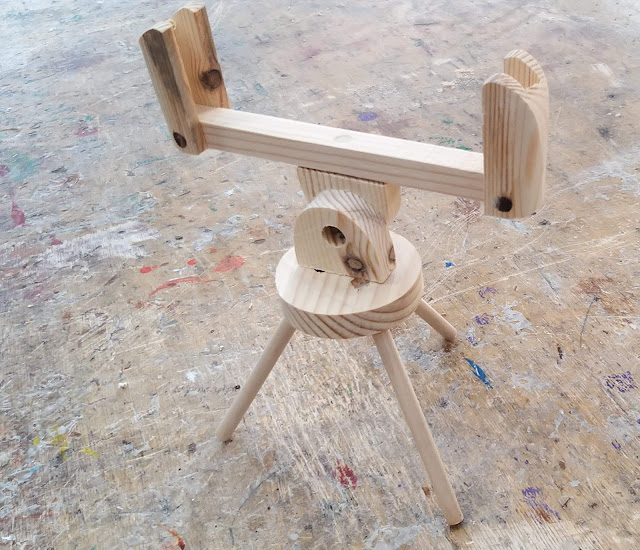