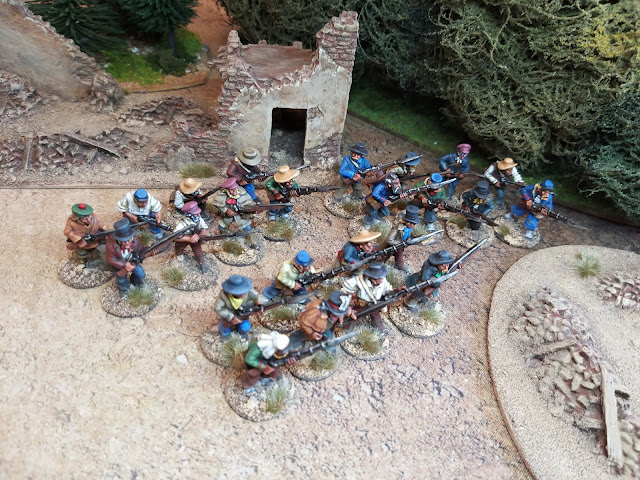 I've been a busy little bee at the painting table over the last couple of weeks. It's just taken me a while to get everything photographed.

First up are the last three groups of Filibusters. That makes six in total. For a game where they are supposed to be outnumbered and desperate I think thats enough for a 4 player game. I've got a small amount of cavalry and some officers to do and that will be all of them done. 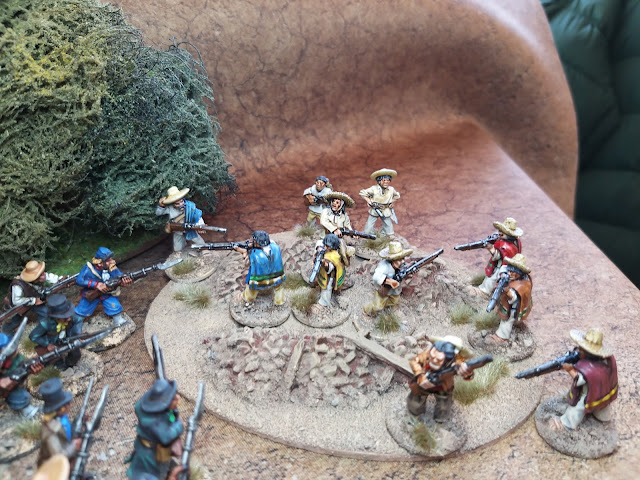 I also got a group of 10 Mexican militia finished. I'll group these with another 10 to make up part of the force for one player. They'll also get some Presidials both skirmishing and mounted. The second mexican player will get 4 groups of regulars plus a little canon. So that means I've got about another 35 mexicans or so to paint. Then I've got the rest of the scenery to do and the game set is all done.

Another pick of them all fighting each other.

I also found time to do a load of Gallowglass for Elizabethan Ireland. These guys are the big beefy highland mercenaries that give the oomph to an Irish force. I'm going to have to units this size eventually.

And lastly I did a load of Maroons, escaped slaves fighting against the Spanish in the Caribbean. They are likely to be allied with some English adventurers in swashbuckling adventure to spoil some dastardly Spanish plans.

Thats it for now, I'm starting something with an oldhammery taste before I get stuck back into the historical stuff.