April 06, 2020
This weeks work on the Filibusters project amounts to one mounted Leader for the Filibusters, 2 more groups of 8 Mexican Regulares and a ruined house. 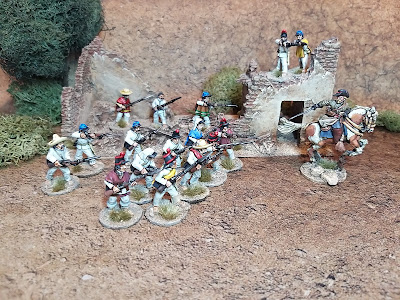 Here is the same pic but no oldtimey picture silliness. This gives me a total of 24 Mexicans painted so far; just a group of 10 militia and some Leaders to go and I'll have two full forces done for this game already. That'll be the next couple of days jobs then. 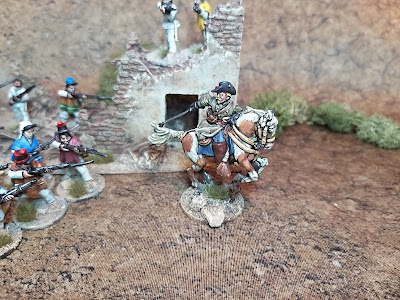 First up is Colonel Cifford T. Twyford himself. You'll probably recognise him as the Salute 2011 figure sculpted by the Perry's. He's actually meant to be a civil war officer but he's been sitting in the leadpile for 9 years so having an excuse to actually use him is great. I painted him up as a wannabe military man, most of the Filibuster leaders seemed to be failed politicians, failed business men or failed journalists. All of them had huge delusions of grandeur so it suits him to be a bit of a dandy. 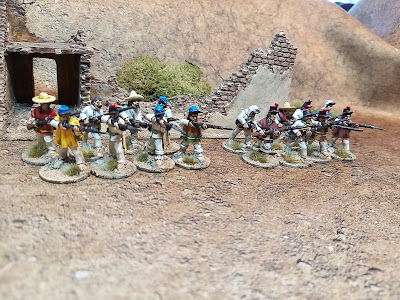 The Regulares are more Foundry figures. This time the packs are less uniformed than the last set. I think I'm going to get more of the Uniformed ones and mix these guys through them to make them less hodge-podge. I used the citadel contrast paints on these guys. I'm still getting used to it and i'm not a convert yet. I shall persevere however. 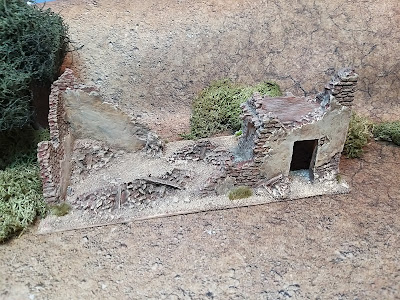 The ruined building is from Battlescale and comes as two corner pieces and some piles of bricks (I got some extra piles for a separate terrain piece). I sprayed the building Wraithbone and Matt red (plaster and bricks) and then put a thick splodgey wash over the top. Once this was dry is was just a case of Drybrushing over the base with a couple of colours of earth/sand tones and there you go. Sand and tufts on the base and Robert is your mothers brother. 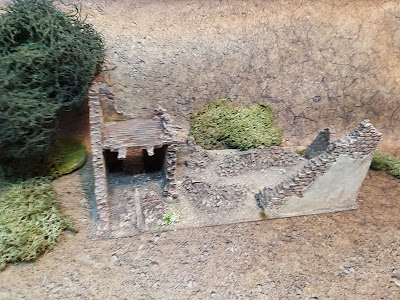