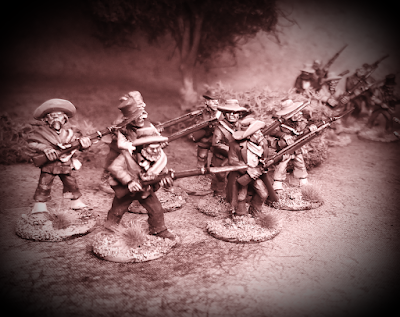 During these bizarre times, stuck in the house, climbing the walls, trying to figure out what the difference between a subjunctive and conjunctive verb is, everybody needs a project to keep them sane. So on Monday I started mine. This one has actually been in the post for quite a while but I finally got off my bahookie and got started. So this is going to be a Sharp Practice project based around the Filibustering movement that took hold of certain parts of America between the Mexican-American war and the American civil war. 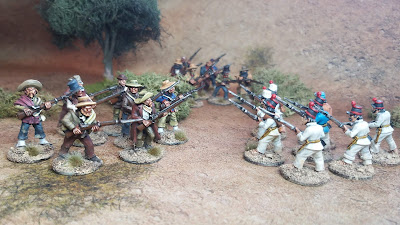 After the Texas war of Independence there was a feeling amongst certain areas of the American populace, that the United States should be expanding its influence over the whole of the continent of America. In simple terms, this resulted in armed groups of American citizens (as well as a fair amount of europeans) invading various parts of Mexico, the Caribbean and central America in order to either set up new states with the aim of bringing them into the union, or to grab power over them for themselves. Dozens of ventures left the the states, often disguised as mining expeditions, with them almost always ending in disaster. The name Filibuster has the same route as Freebooter, via Dutch and Spanish which essentially means pirate. These expeditions were against US law and their leaders were often charged when they returned to the states even though they were often minor politicians or businessmen. (Although the target was usually south America, there were similar raids into Canada and even a rumoured one planned for Ireland, something that the British government were not happy about!) 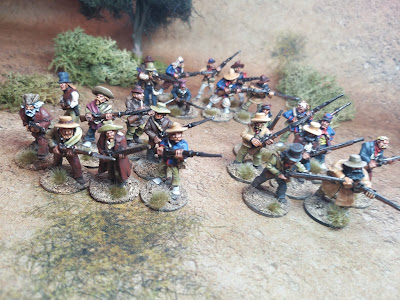 My project is therefore going to focus on a group of Filibusters attempted to grab part of northern Mexico in order to turn it into the new Texas. I'm looking at producing a 4 player game, 2 Filibuster players and 2 Mexican players defending their homeland from the Yankee usurpers.
In addition to this I need to build some scenery and bits and pieces like deployment points and villagers. At the moment I'm sticking to mainly infantry forces as thats what both sides were in reality. I may add a small amount of cavalry (depends how long this whole lockdown last I suppose) and may be a cannon. 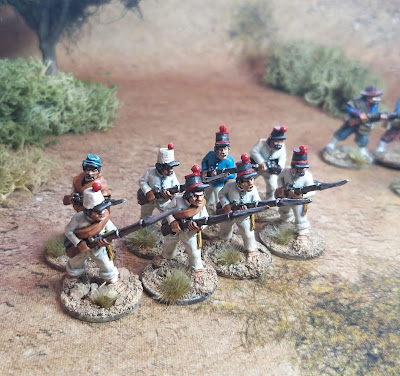 I've been posting my progress everyday on twitter and I thought what I would do is do a post a week on the blog to update where I've got to. As you can see from above I've completed 24 Filibusters, so 3 groups worth which will be one players force (they may end up with a small group of skirmishers in addition) and a group of Mexican Regulares.  The Mexican forces will be made up of a mix of Regular troop (not great quality however) and militia, 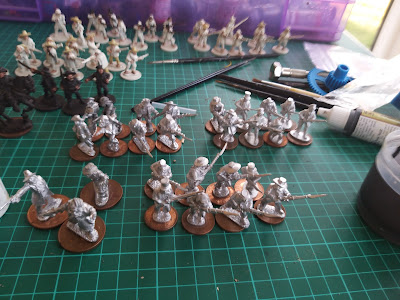 Heres what on the table just now. I'm going to concentrate on getting the Mexican figures completed next week and then I'll maybe do some scenery and then more filibusters etc. 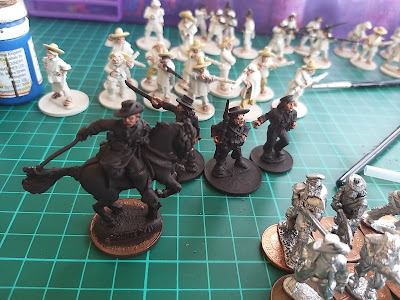 This project has finally given me an excuse to pull out 2011 Salute figure which i'm going to use as the leader of the Filibusters. He looks particularly self important. 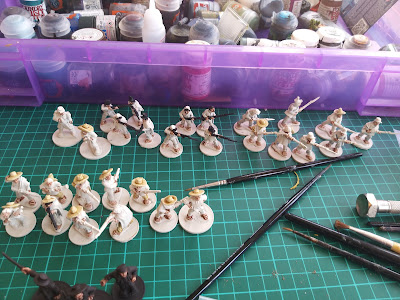 And here are the Mexicans that I'm working on, I'm trying out the contrast paints as the Mexicans are predominately whitish in colour. More of that to come.

Anyway, thats what's going on at Chez Whiskey during the Corona crisis. See you next week.
Filibustering