Take me to Limes one more time!! 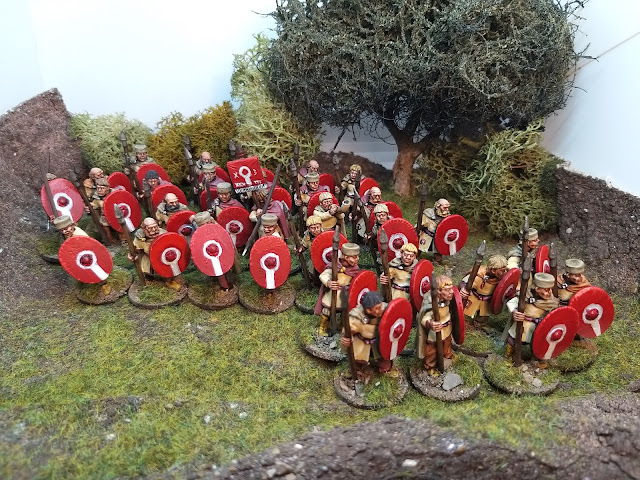 So with the threat of a brand new set of rules from the TooFatLardies on the horizon, I figured I needed to get the brush out and do some work!

If you aren't plugged into the Lardy Zeitgeist, you may may not be aware that Rich has been plugging away at a set of ancient rules that are basking under the title of 'Infamy, Infamy'. 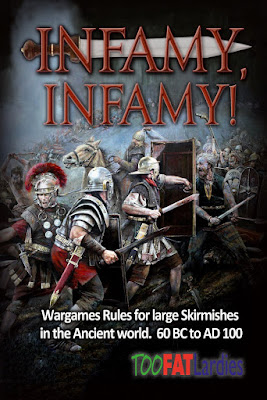 If you are familiar with Chain of Command or Sharp Practice then you'll know that 'Large Skirmish' is a euphemism for a game with each player commanding around 40-50 figures each. As you can see from above, the game is designed for use in the Early Imperial era of Rome. Think your classic legionaries duking it out with Naked Germans, Crafty Gauls and Drunk Celts. However as I don't own any of those figures I'm not going to be doing that. I actually have a box full of late Romans and Goths that I've never gotten round to paying any attention to, so now's their chance.

For those you wondering where the title comes from, I'll let Kenneth explain.

The first First finished figures are 32 Limitanei, low grade border troops who's job was to garrison the Limes towers and protect the borders from the rampaging savages on the other side of the Rhine/Danube. They were the first line of defence against a barbarian raid and usually holed themselves up in their fortifications and waited on the Comitatenses, the higher grade troops stationed in the urban centres, to come and sort out the hairy foreigners. These guys are from Crusader miniatures and painted up really easily. 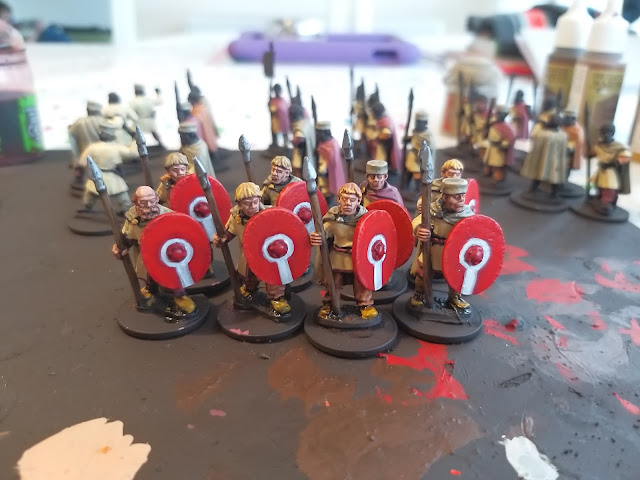 Occasionally they were promoted to Pseudo-Comitatenses and were dragged of by a Comes or Dux as part of his army making raids in the other direction or even to bolster his numbers if he decided to make a grab for power. Next up on the Roman side will be a unit of the aforementioned Comitatenses, then some Archers (sagittarii) and then some top quality troops to form the bodyguard of my army commander. I might even do some cavalry.
Infamy