This Chaos Champion is a bit Legless! 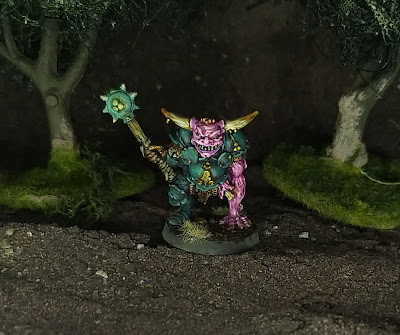 Just a quick one today. I painted this classic nurgle Chaos Champion as a bit of a palette cleasnser while finishing off the Germans you saw in the last post.

Funnily enough just before I got round to taking pics and posting about him, Iain Harrison over on the Oldhammer Community painted the same figure and posted it this week. The general reaction to the figure was that a lot of folk never realised that he left leg is missing and his left arm has grown down to the ground to compensate. Whether this is simply part of Papa Nurgles gift or that he has survived an early encounter with a competitor that lost hi his lower appendage, its hard to know. But the little bony stump of his leg is sticking out for all to see. 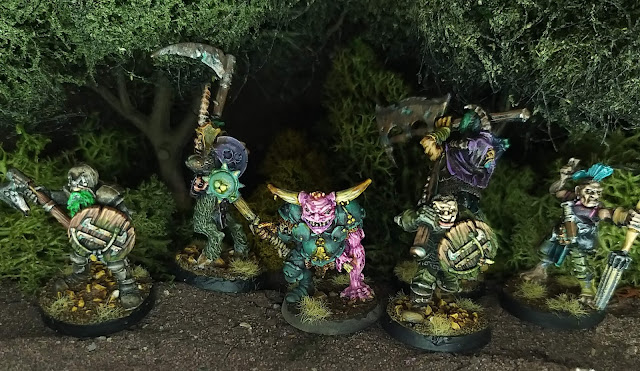 It's been a while since I painted anything for my Chaos Army so it's nice to see that he fits into the crowd. I've got another 4 of his buddies from the Champions range to paint so they may end up being unit leaders, Champions of Warbands or simply wander around in their own super expensive unit. I'm sure I'll have made up my mind by the time I actually get round to putting them down on table at some point in the future.
Chaos army Oldhammer