How Mortal Realms helped with my Grey Hair.....

January 13, 2020
Some of you will look at the picture of the latest bunch of figures from a GW mag and immediatly click away, but wait.....this is important.... 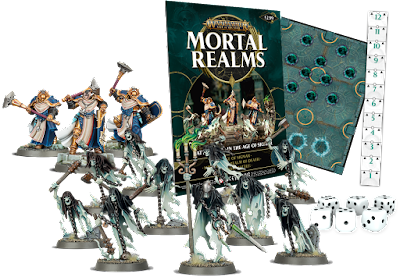 You may been made aware of a part work magazine doing the rounds from Games Workshop. It's called Mortal Realms and is cheap as chips and comes with a heap of miniatures, dice, rules and bases. You might have tripped over piles of them down your local newsagent as you were picking up a back of Monster Munch. You might have seen the doom laden advert on the telly and been momentarily distracted while doing the ironing. You may even have seen people on the interwebs mentioning that mistakes were made and they bought a copy. To be fair I can't blame folk for picking up a copy of two. I bought one and I might buy a couple more. It's £2.99 and it comes with 13 figures, it's almost rude not to.

So why am I doing GW's job and advertising their Tat here. Well, here's the thing....I think it's vital that GW does the kind of thing and, no matter what your feelings about the Evil Empire, they should be applauded for it. 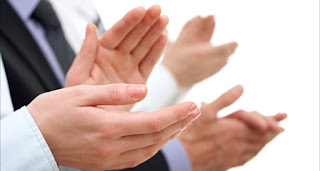 I know I get a wide range of visitors to this blog. I have folk that come cos they like the nonsense that I write. Some come cos they like the old school figures. Some come cos they like seeing games getting played. Some cos of scenery, some because of historical gaming. I'm well aware that some of the Oldhammer purists don't give a shit about the Historical stuff and the Historical gamers couldn't give a fudge for the old Warhammer stuff. I know some folks hate battle reports and I know that some people like the long winded, train of thought posts. Thats fine, you're never going to please all of the people all of the time. For the most part I'm just pleasing myself and if people come back here to read and look then that is fantastic, but I'm not here to try to 'build a following' or be 'an influencer', I'm just me talking to myself. However, the fact that I can't stick to one facet of the hobby is probably reflected in quite a lot of you who come here and it's important to remember that, despite all the factionalism within the hobby over scales, rules, fantasy vs historical; we are all part of the same hobby. And that hobby is going grey.... 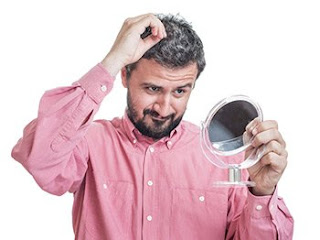 Like many folk of my age group, GW was our 'in' to the wargames hobby. It was what got us interested in pushing little figures around on a table, painting them and modelling them and set us on this life long obsession. We are now sailing into our 40's. The generation of wargamers above us generally seem to have been sucked in by Airfix figures and Donald Featherstone books and then finding wargames clubs at their schools or elsewhere in their locality. Even then, I'm pretty sure a lot of them gave Warhammer Fantasy a go or at least saw it's popularity (whether they thought that was a good or bad thing can be witnessed on the letters pages of 1980's wargames magazines). 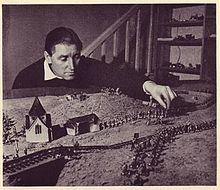 Whichever of those wargaming generations you belong to, we aren't getting any younger and this, as a problem, has been discussed numerous times on line and in podcasts by various people much wiser than me. It comes dowm to a simple question though, How do we get young people to play wargames so that the hobby doesn't die out with us?

This brings me back to Mortal Realms. It has never been easier to get into wargames because of magazines like Mortal Realms. For the price of a couple of Cans of Juice and a packet of crisps, you get two forces, all the tools you need to play and a set of rules to play with. If you want to take it further, then the rules are free on line, an app that contains all the stats for all the figures is free to download onto your phone or tablet, the paints have been formulated to make it easier than ever to paint the figures and there is an internet full of advice and tips.

So whats this got to do with us? Well, our journies to 'proper' wargaming were not singular. We didn't suddenly decide one day that Airfix or Orcs and Goblins were old hat and that it was going to be all Napoleonics from here on in. We were guided by others, be they teachers (Mr Robinson and Mr Angus and their 20mm WW2 wargames at lunch times), or bloggers or friends or relatives (Jackie and Marion and Auntie Ann), articles in Magazines or games at shows. The route to where you are now is a varied and colourful one and I for one hope that there are going to many more colourful diversions in the future. And that's what we need to be, guides. We should be showing kids (and they are kids) how great this hobby can be, supporting and enthusing with them. The last thing we should be is Gatekeepers, telling them they are doing it wrong and talking down to them about how silly Fantasy gaming is or that Games Workshop are evil and just want to sell you Space Marines. 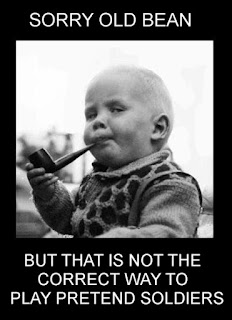 The kids that pick up Mortal Realms are the gaming Grognards of the future. They won't all play games for the rest of their lives, but some will. That first, loss leading issue of the magazine is some kids equivalent of his first airfix kit or his first sight of his cousins copy of Warhammer. We should be going out of our way to make sure as many kids get copies of it as possible, I myself am probably going to buy some more copies and use them as the basis for starting a new club at school (the third time I'll have started a school based club). Whether you are a dyed in the wool historical gamer or a Warhammer purist who still weeps at the death of the old world we are all interested in bringing new people into the hobby and getting them in the door is the most important step.

Once the kids have dipped their toes in then it is up to us, as members of a community, as bloggers, forum members, twitterers, FB group members, all round general older blokes and ladies, to make the journey into the depths of the hobby, the easiest and most welcoming it could be.

So when you are at the Newsagent, picking up your latest copy of 'Old Farts at Play Monthly' and you see the brightly coloured and gaudy cover of an issue of Mortal Realms, think to yourself, 'What could I do to help the little kids that might buy that magazine become an Old fart like me one day?'
And then go out and do it....

Your hobbies future depends on it!