November 18, 2019
Well, the gossip shit has hit the fan of internet guesswork. GW have announced that they will be returning to the Old World in a move that has surprised many. The theories raging across social media are legion and the excitement amongst some is palpable, mostly in the form of the small of stale wee.

So what I  thought I'd do is take a moment to write down how I reckon this surprising move may play out, just so that, in three years time, I can look back and congratulate myself, or alternatively, berate myself for being so naive.

The key thing to remember here is that this is being put together by the Forgeworld team and that in their press announcement they mentioned that they were looking at 30k/Horus Heresy as an example of gaming in a way that gives the current system (40k/AoS) a bit of historical depth.

Think about that. Historical. In the past. They aren't opening up the Old World to new timelines. That's all done. The world is gone. They blew it up and no amount of internet whining is going to put it back together.

However, what they have said is that they are looking at Warhammer: Old World, like it's a time of legends from the distant past. The Warhammer world was full of legendary battles and campaigns that were often mentioned in the fluff of Army Books and Rulebooks. These founding myths of the Old World explained why the world is the way it is. 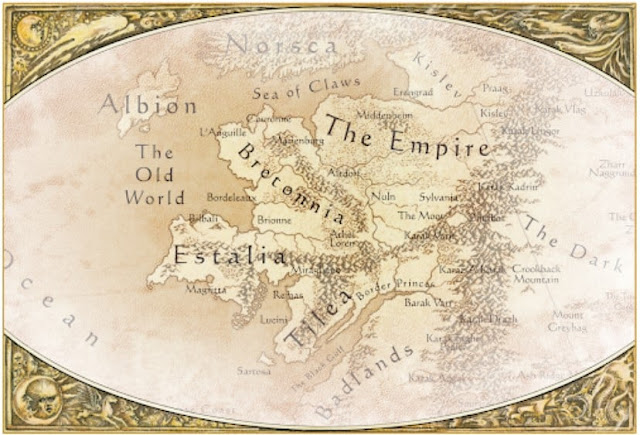 My bet is that it is these battles that Warhammer: Old World are going to focus on. The Horus Heresy books tend to focus on a single campaign with a limited amount of protagonists. They then produce army lists and characters for those factions. All this will be packaged in a nice big book along with special rules and then a load of special scenarios that allow you to play the campaign and possibly fight in specific environments. That then allows Forgeworld to produce a range of figures that fit the armies available in the book.

For example, the First Battle of Black Fire pass is hugely important in the development of the story of Sigmar and the Empire. It would be possible to put together a book that covers Sigmar's campaign to unite the Human tribes and to fight off the Greenskin invasion. The history of the campaign and the background of each of the human tribes and dwarven allies would be lavishly illustrated with loads of detail. Each part of the campaign could be transposed into a specific scenario with army lists provided. Forgeworld then produce figures for each of the Human tribes and their heroes and then the Dwarves and obviously the Greenskins.

After that you can move on to the next legendary battle that covers another 2 or 3 of the classic Old world factions. You can pick your favourite and imagine how they are going to do it. Siege of Praag anyone?

If you are lucky enough to own a copy of Tamurkhan then I reckon that book is a fairly good representation of how a Legendary battle of the Old world could be presented. 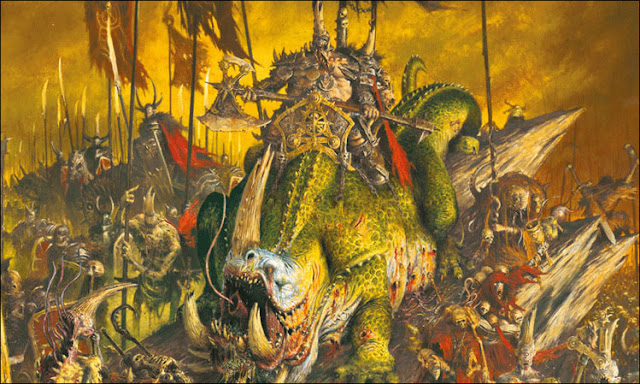 Obviously to make this all work you are going to need a set of Rules. Whether they will be released separately from the first book/campaign is really a matter of how much GW reckon the market will be able to withstand. My guess is a nice slipcase set with the rules and the first campaign set. As for the actual ruleset itself, well, who knows. Forgeworld's 30K are essentially just 7th edition 40K so there is the possibility that they just use the bones of 8th edition and build from there. It's unlikely that they are going to be something groundbreakingly new like Age of Sigmar but there should be enough movement to make buying a new set worthwhile. A return to something akin to the sensible approach of 6th edition with modern approaches like keywords and battalions advantages would seem like a good approach but, hey, it's Forgeworld so you never know whats going to happen.

Still, all this is conjecture. I'll come back in 3 or 4 years and check if I was right or not.

In the meantime, if you are still after a bit of Old world fun, get yourself a copy of WFRP and some funny shaped dice.
Oldhammer