It only recently occurred to me that Legends of the Old west and Legends of the High seas, two fantastic skirmish games form the old Warhammer Historical stable, were actually younger than the Lord of the Rings Strategy Battle game. I knew that they shared a rules engine, but for some reason I had assumed the Legends games had come first and that LOTRSBG (as I won't be calling it) had been a derivation of them. Other way round it seems.

This came about because I had a couple of enjoyable games of cowboys and mexicans, using the Legends of the old west rules, at the club last weekend and I realised that I'd never really given Lord of the Rings a go. 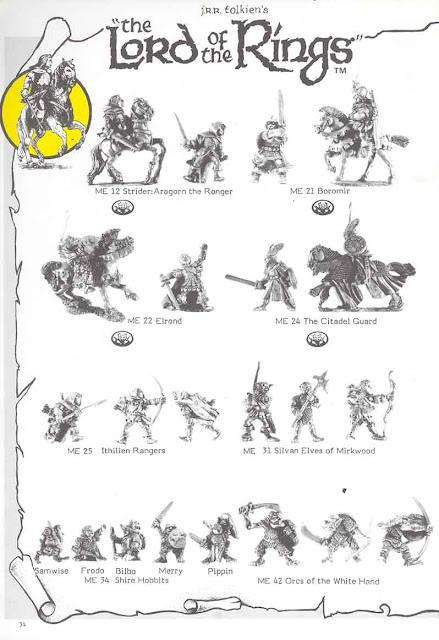 GW originally held the Lord of the Rings license in the 80's and released figures between 85 and 87 (taking over from Grenadier and losing out to Mithril). The last release were the fiendishly hard to find, Jes Goodwin Uruk Hai range which were released almost immediately before the license disappeared. I assume that these figures were initially meant to be sold to players of Middle Earth Role Playing game (MERP) which was published by I.C.E (Iron Crown Enterprises) and licensed in the UK by GW (incidentally, I.C.E. held the license for LOTR games until 1999 when they lost it, presumably as part of the licensing agreements around the filming of Peter Jacksons version of the books. I.C.E subsequently declared bankruptcy in 2000). 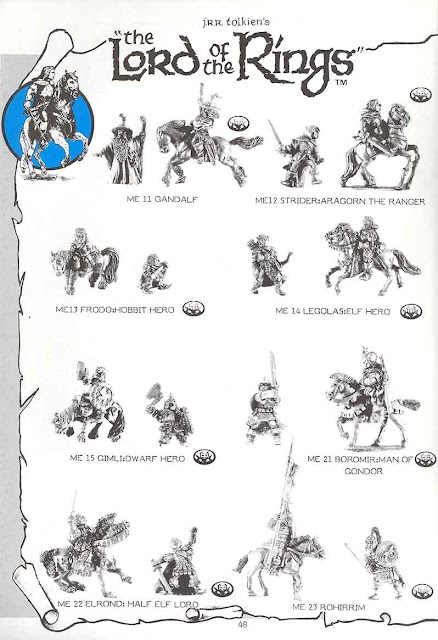 In the two years that they held the license, GW produced a reasonably sized range of figures covering all the major characters and races in the books, producing several different versions of some of the main characters and, in some cases, only single figures for very numerous middle earth races. A lot of these figures were rolled into the main GW ranges after '87 and some just disappeared off into obscurity as another odd little footnote in GW's past.

I heard about Battle Companies.

Now,  I may be teaching my Granny to suck eggs here, but battle companies is an expansion to the main LOTR battle game and allows you to put together a small warband and lead it through a campaign (of the sort you will be familiar with if you've ever played Mordhiem or Necromunda) building up and improving your warband over time as you win battles and gain followers.

If ever there was a set of rules perfect for showcasing the old ME range of figures then these are it. 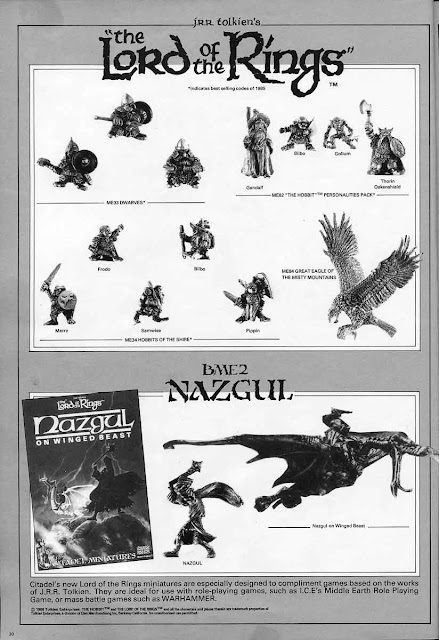 I'll give you a couple of examples

The Durin's Folk Battle company starts with 6 figures, all dwarves unsurprisingly. There are 3 Dwarves in the ME33 set, there's a Thorin and at least 3 Gimli's to choose from. Easy. 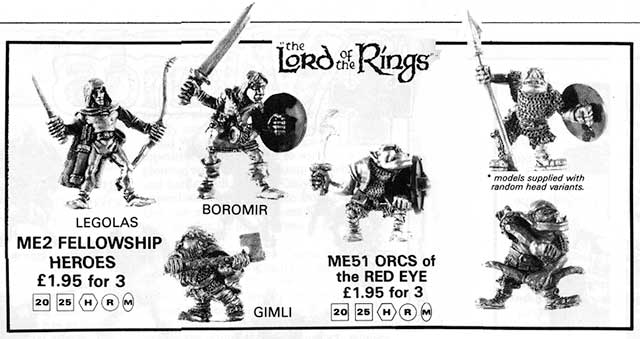 The Mordor Orcs Battle company starts with 9 Orcs. ME42 (orcs of the White Hand), ME51 (orcs of the Red Eye) and maybe ME43 or ME44 (half orcs or Uruk Hai) and you've got yourself a warband.

The Warg Riders Battle company starts of with two Warg Riders and 3 Wargs. Now, there is only one Warg rider model in the range but this is where the classic oldhammer ingenuity comes in. Convert one of the Snagga Goblins (ME74) to ride a warg and pick up some stray metal citadel wolves and there is your warband. 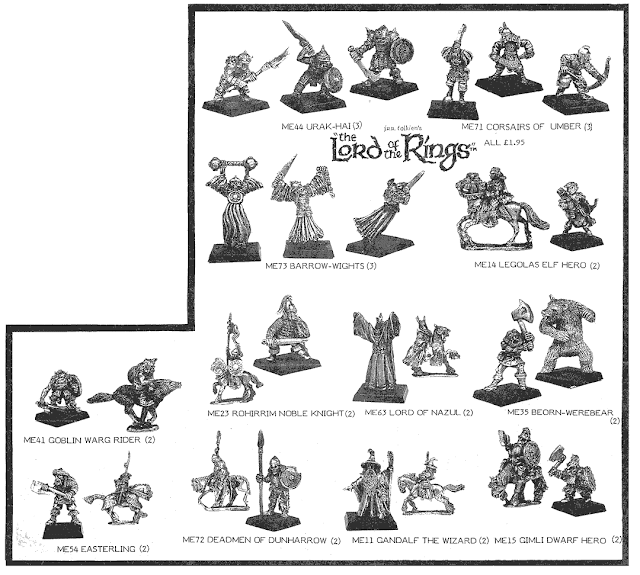 And I think that last warband illustrates the point that you probably won't be able to make a warband out of the figures exclusively from the ME range. A bit of lateral thinking, conversion and smart model substitution may be required in order to get the warband you need but since when has that ever put us off before? The ME range is a ridiculously close fit to the main citadel range to the point where you can swap between them with no one batting an eye lid (unlike the current ranges).

So. I'm going to spent a couple of months sniffing around Ebay and collecting bargains. I'm going look in drawers and dusty boxes and work out what i've already got, and I'm going to cajole as many of mates as I can to do the same so that we can do a little battle companies campaign while smoking pipes and telling stories of great heroism. And if i'm right, a new version of battle companies is just around the corner so that we'll be hitting the new school with old school at exactly the right moment. 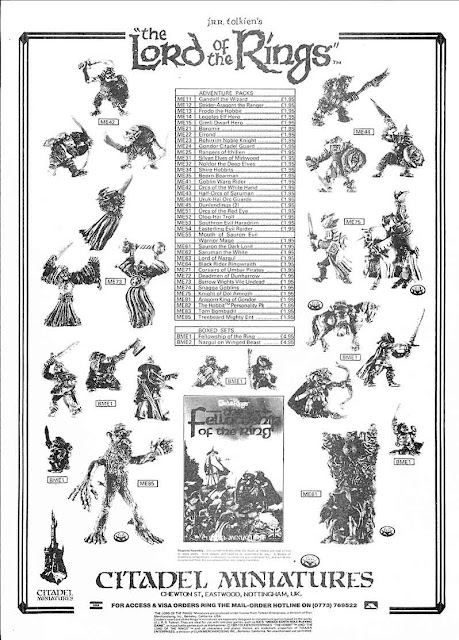