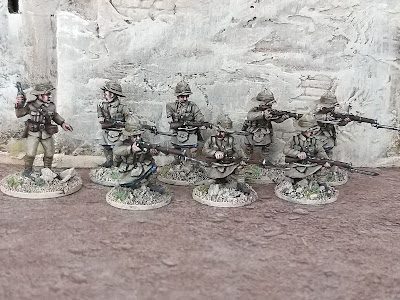 My blogging activity has gone through the floor and I'm going to blame it entirely on work. However I have been painting! I've managed to finish a platoon of Highlanders for my Proposed North west Frontier game in September as the Devon Wargames Groups Lardy Day, Clotted Lard. Read on for more pics! 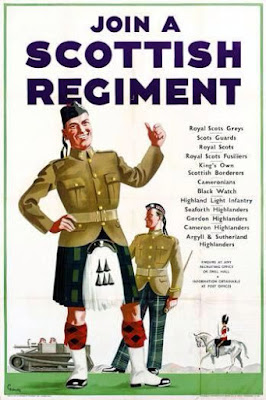 These figures are by Empress Miniatures and are in their 'Jazz Age Imperialism' Range. I painted them as Seaforth highlanders (if you are into that sort of thing you can inspect their kilts!) as they served on the North West Frontier in 1930 and were part of the force that dealt with the Red Shirt rebellion that year (no, nothing to do with Star Trek). After they'd served in India, they moved on to Palestine and the picture below shows a member of the regiment during that posting. 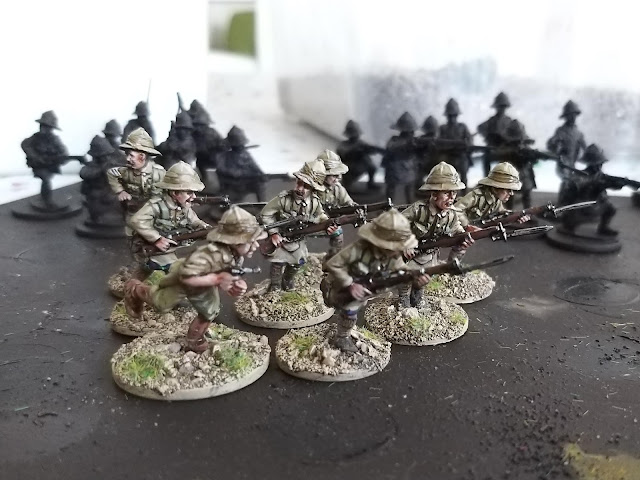 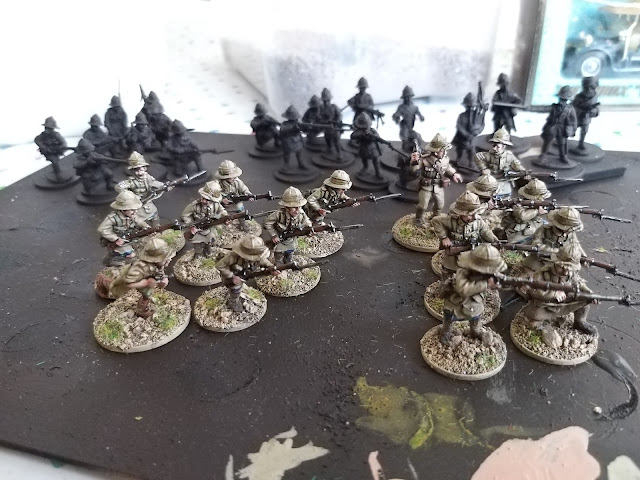 The platoon is made up of four sections of 8 men, each section should be led by a corporal or Lance Corporal. Within the platoon there are two different types of sections. There are two rifles section where the men are armed with.....erm....Rifles and then there are 2 Lewis gun sections. Within the Lewis gun sections, 5 men are designated as crew for the Lewis Gun (in other words 3 guys carried some ammo and spare parts while the Lewis Gun has a Gunner and his number 2). The platoon would then have been led by a Lieutenant and the Platoon Sergeant. 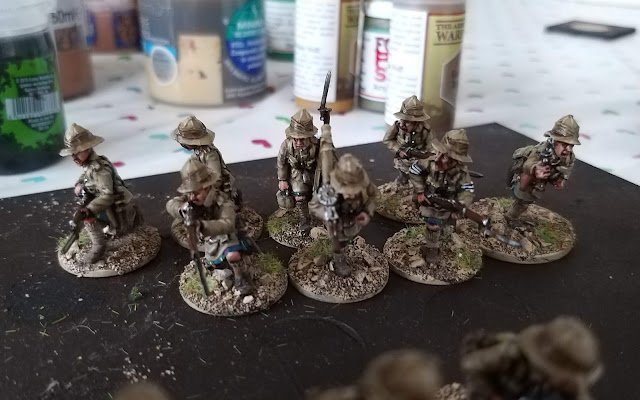 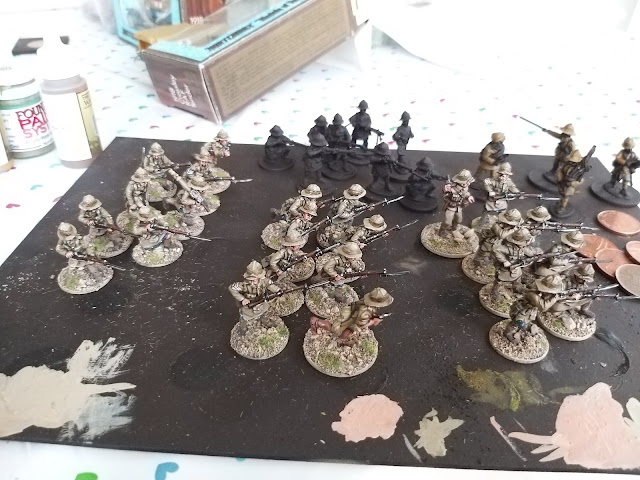 However I took a slightly different approach to painting the Platoon. Normal the section leaders would just look like normal squaddies and so can hard to spot amongst their mates. So I painted the Squad leader using the Officer figures that Empress make, you can see what these chaps looked like in real life in the pic below. 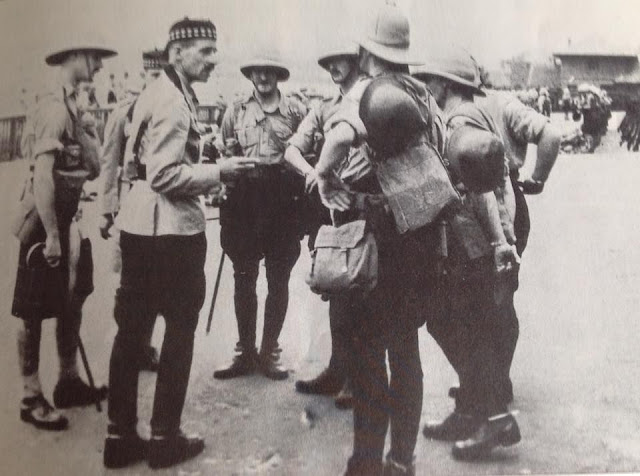 However, Empress only make two of these chaps so I drafted in a Foundry Darkest Africa figure with a head swap for one section leader and relieved a stretcher bearer of his load and armed him with a pistol for the other. Section leaders done.

This however meant that I needed a Platoon leader and his subordinate. Luckily the same guy who sculpted the Highlanders for Empress (Paul Hicks) had previously sculpted WW1 Highlanders for Musketeer (Now Footsore). So I bought the Battalion command pack, whipped off their heads and replaced them with nice Empress ones in Wolseleys and, hey presto, we have a lovely pair of commend figures for the game. And obviously I added in the Piper, cos...well...Highlanders need a piper! 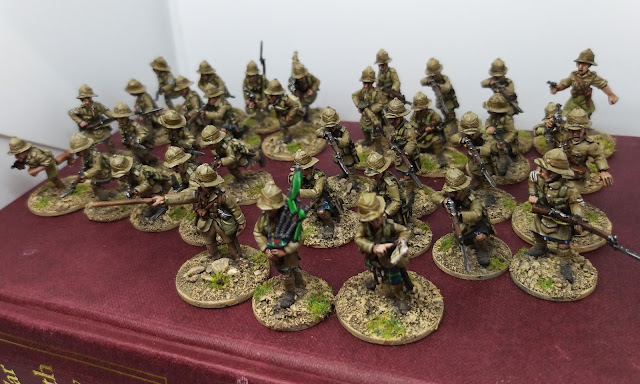 So, next up. A whole load of Angry Pashtun warriors. Toodle Pip!