The View of The Frontier 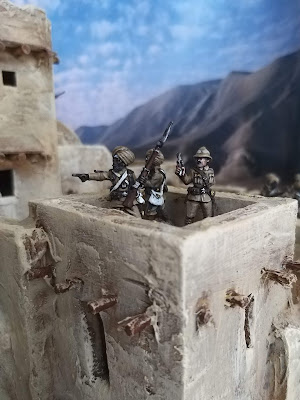 The North West Frontier - An Update. Things are moving on in the border regions of British India, despite having to herd 52, 16 year olds into completing coursework. Ugh! 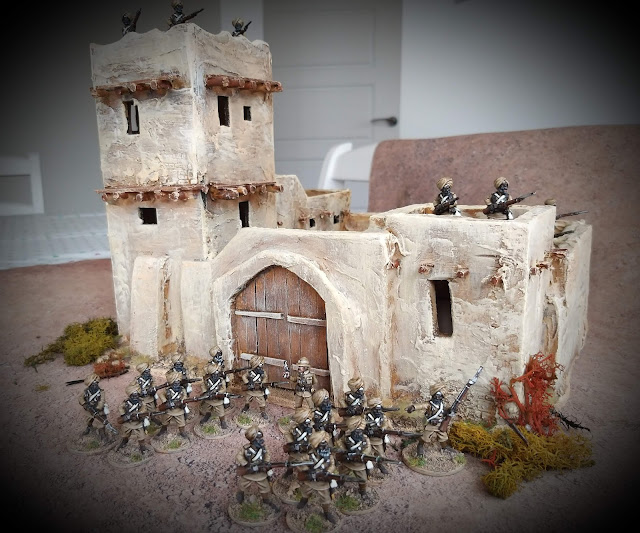 The first force completed is 3 Sections of Sikh's form the Indian army. The figures are from Foundry's Darkest Africa range so are a bit early for the inter-war period but they were the figures I liked the look of the most so tough. The British and Indian armies at the time had a 'Square' organisation where platoons were made up of 4 sections, two of which would be LMG sections, and these would be led be a officer and an NCO. As you can see, I'm a section short and have no LMG's (probably Lewis Guns at the time) so again, i'm in the wrong. But there were plenty of militia and frontier forces around at the time so It's perfectly reasonable to assume that my doughty Sikh's are a Guide force of some kind or even that number 4 section are at the barracks cleaning the Lewis guns as some kind of punishment. 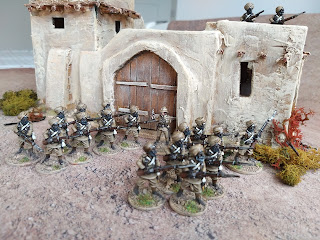 They still need a second officer and I bought a pack of the Artizan Sikh officers in order to supplement the foundry figures. I actually bought some of the Artizan troops as well but found them too different (especially their massive rifles) to the Foundry ones to put them in the same Squads. In order to make up the numbers for the player of this force in the game I'm considering getting some of the Perry Afghan war figures, specifically the Jacob's Rifles figures. I can count these as local guide infantry and give them bonus moving over terrain whereas the Sikh's can be getting a bonus for being aggressive. As far as machine gun support goes, well, more of that in a later post. 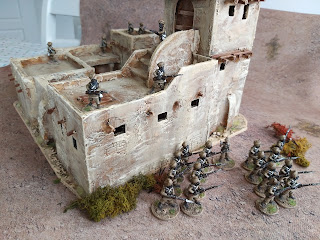 And, as you can see from the photos, the Hillfort is finished as well. The last time you saw it, I was still slathering it in filler to get the texture on the surface. Since then it's had a thorough spray of light brown (my army painter spray which clogged up and wouldn't stop spraying out of the neck so had to be used in a very messy and sweary single sesh), and then given a brown wash. There then followed a series of light drybrushing shades, fairly haphazardly. I went over some of the woodwork again, just so that it didn't disappear into the general scheme and, hey presto, Job Done. I might add a couple of fabric shades on a couple of windows at a later date, something stripy and bright to break up the monotony of drab, but at the moment I'm happy. 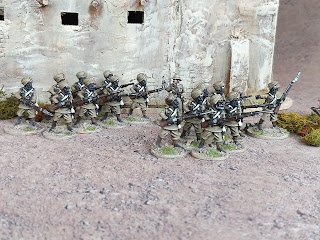