March 11, 2019
A funny thing happened to me the other day. I was influenced by a politician. 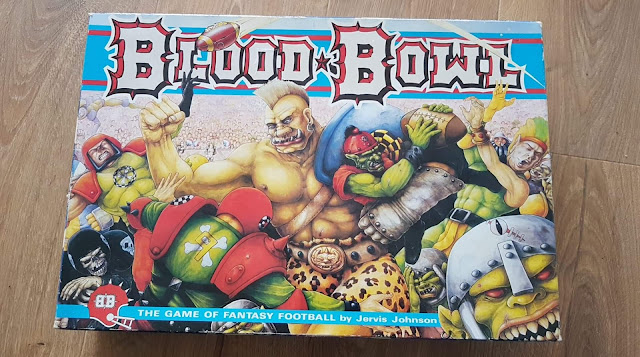 I know! But wait. A Labour politician called Jess Phillips tweeted that she had a 'house full of kids and yet it was all the adults who were playing this' and she tweeted a picture of a much loved copy of Blood Bowl 2nd Edition. Reading through the thread it was full of comments from folk who had great memories of playing the game 30 odd years ago (and the usual trolls that snipe at politicians obviously). One of the comments mentioned that the game goes for silly money on ebay and, being of  a curious disposition, I wondered how much. One of the first entries I found was a complete set for 30 quid. Before my brain could voice its objections, I'd bought it and it arrived last week.
To my delight, the set was complete, all the figures were there and only half a dozen of the Human players had been attacked by a youthful paintbrush. The polystyrene pitch was there, slightly biro'd but still in one piece and all the rules, plastic measuring templates, team names, roster cards, dice and even the little balls, were all in the box. 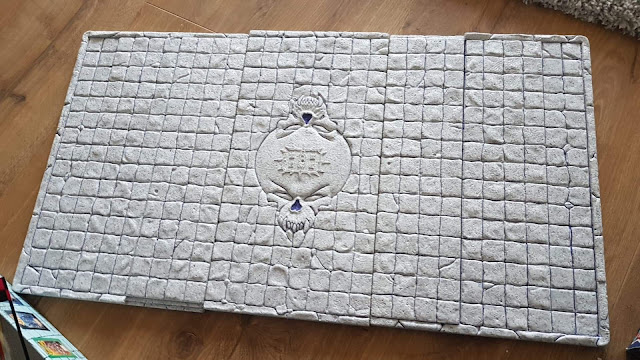 It is at this point that I must admit to having never owned Blood Bowl before. I think I may have played it once but it was never one of the games I wanted to play when I was a kid. We did Space Hulk and Advanced Heroquest so we obviously had no problem with boxed games and White Dwarf 101, the release isssue for BB second Edition was the first edition of that esteemed mag that I bought, so it's not as if I didn't know about it. 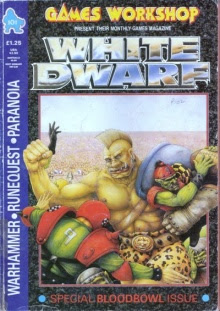 I can only think that none of us owned it, that we were spending our limited funds on other games, that it wasn't something we could feasibly get into, that stopped us from diving head first into it. Still what is Oldhammer if it's not an excuse to indulge your inner twelve year-old? 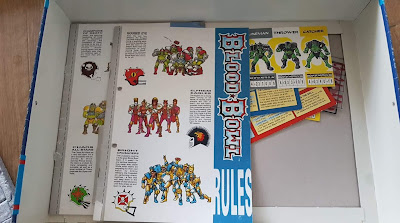 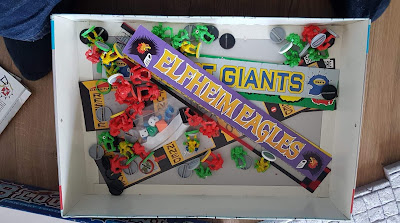 So I decided that go along with the Plastic teams (we all know I'm going to hunt some metals to go along with them!) I'd have a look at putting together a team of classic metal figs. So I had a look around to see what I could find. After a bit of flicking I realised that WD 105 had the rules for Chaos teams (as well as the Space Marine Army List, Land Raider paint schemes, introduction to Eldar Harlequins and WFRP adventure with a Belgian Gnome Detective) and within seconds I realised that The Mongrel Horde team would allow me to collect figures from across the Blood Bowl ranges. 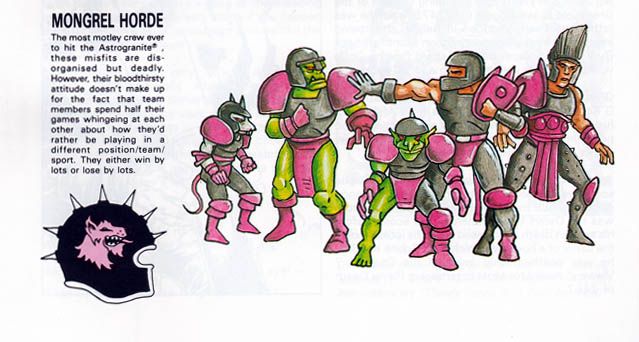 The story behind the team is that they are such an argumentative mess, they never know which team members are going to turn up to play, or who is actually in the team for that matter. In order to reflect this shambolic mess of a team, you are supposed to roll on a random chart for every match and thats the team you play with. 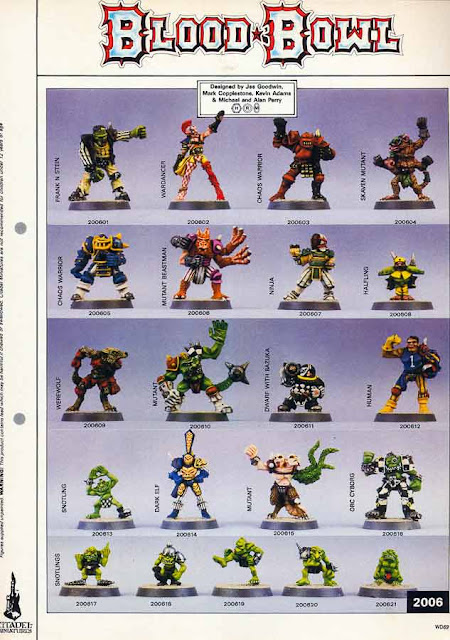 The idea of having enough figures to cover all eventualities is frightening though, especially at Ebay prices, so I hit on a compromise. Roll for a team 3 times and work out the average team. Seems simple enough. So it was off to Roll Dice Online and this is what I got.

Dividing that by 3 gives me the following

I'm pretty happy with this. It gives a pretty rounded team and apart from maybe swapping a Chaos Dwarf for a Human I'm going to leave it like that. 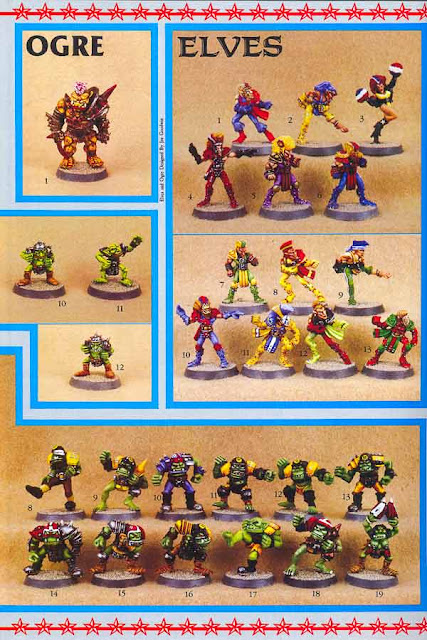 The Mongrel Horde makes a lovely little random team that feels like rolling up a chaos warband, which we all know is the height of fun when it comes to chaos anyway. So, I'm off to gather my team as Jeers form opponents ring in my ears. "Its not as good as the current version", "You're better off buying the new plastics!", "what have you wasted your money on this time?"