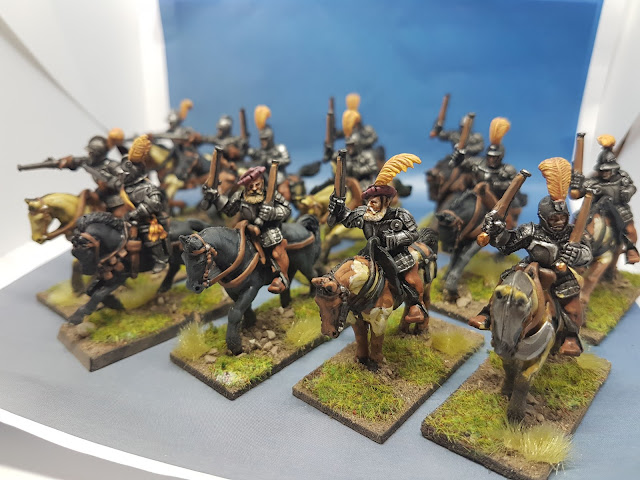 Happy New Year folks! I decided to live up to the promises in my last post by painting up a Bakers Dozen of Pistoliers/Reiters. I figured that if was going to keep myself in a painting mood then I needed to kickstart my mojo straight away. These guys will be initially used in Dutch revolt games but they are still perfectly useable for Warhammer games. 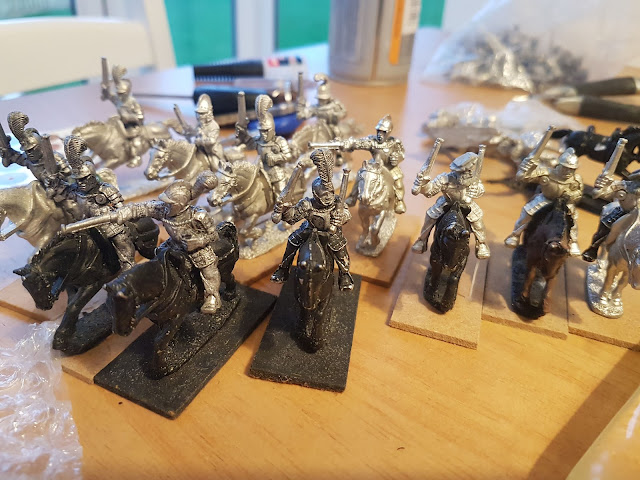 The sharp eyed amongst you will notice that those aren't GW nags that the boys are riding and you'd be right. They are in fact from Front Rank mini's and I've painted hundreds of them over the years, hasn't made me like painting horses any more than I used to but there you go. I also did a couple of head swaps to break up the ranks a little bit. 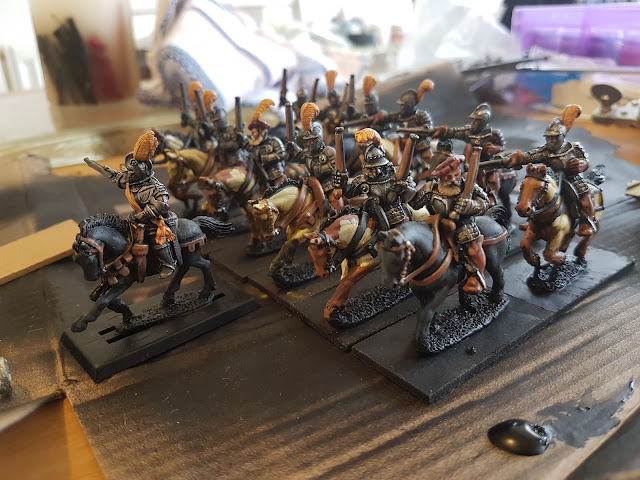 I decided to do three different horse colours, I think I'm right in calling them Black, Dun and Piebald. I reasoned that the Reiters wouldn't have access to the top rank of horse flesh so a good mix of horse colours will add to their overall look. The officer is from Casting Room miniatures which is a sub company of foundry. I'm not a fan of all their figures but they have some that are useful within their ranges. 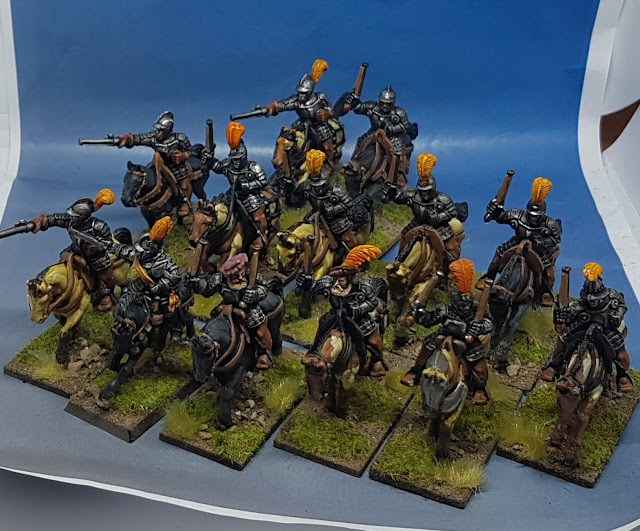 I got the whole unit done in a couple of days (the wife and kids had gone out for an afternoon so I had some time to myself! Whoop!). With this group done it gives me 24 Pistoliers with a couple of officers in addition. For Warhammer that's a big old unit or two units of 12. For Sharply Buffed I can have 3 units of 8, enough to give a player at the club an whole cavalry wing as his force for the game. 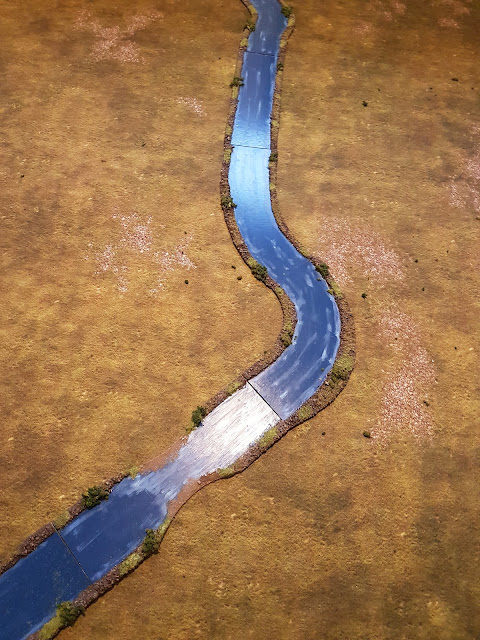 In addition to the donkey wallopers, I also tarted up the river sections I bought at Salute last year. I cut one of the straight sections down and created a ford, every river needs and addition crossing point! I then used a couple of shades of blue to detail the water and to make it look a bit more lively rather than the plain Blue it used to be. A bit of extra flock and clump foliage and its ready to stick on the table next weekend. 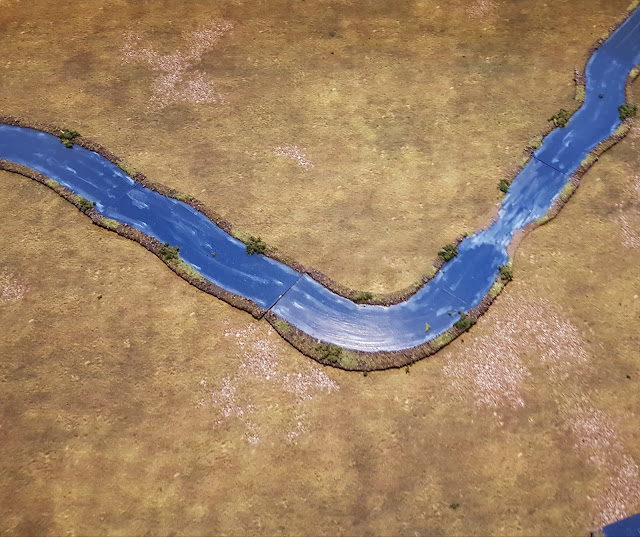 Getting these finished means that I have a bit more time to squeeze in another fantasy unit before I pile back into historical stuff (Russians for February's game) after that. Keep your eyes peeled!
Dutch Revolt Oldhammer