Getting your ass to BOYL!

August 07, 2018
I could do another review post but as BulldogLopez, Asslessman, Airborne Grove and Axiom have done excellent Jobs of covering our shenanigans at BOYL18 I figured i'd try and give some advice on how to do BOYL for yourself. 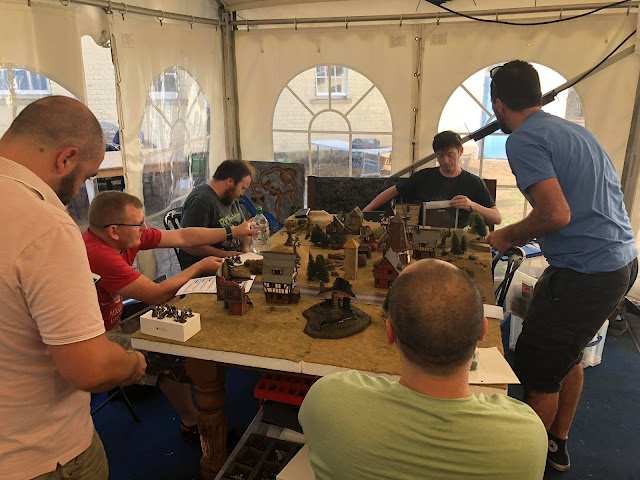 It's become obvious that there are a lot of people in the Oldhammer group who see the fun everybody haves at the annual get together in Newark and think to themselves "Fuck! I want to be doing that!" I thought this would be an ideal opportunity to lay down some ill informed and vague advice about how to make your BOYL wishes come true. Pin back yer lug holes and we shall begin. 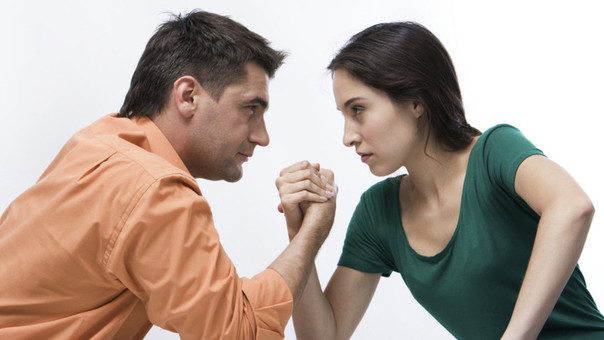 1. Get the date sorted with your significant other ASAP.
This sounds pretty obvious but the amount of people who complain about having to do other stuff during BOYL weekend is staggering. As soon as you know the dates you need to go and have the chat. You might want try "Honey, there is a thing I really want to go next summer. It's a weekend away with a bunch of strangers I met on the internet. We'll be standing around in a converted stables in the midlands playing with old toys and drinking beer" if that doesn't work try "Bitch I be going to BOYL next year, don't be giving me none of your sass!" If you still have testicles (or other relevant body parts) after that then you have achieved stage one of getting yous ass to BOYL! 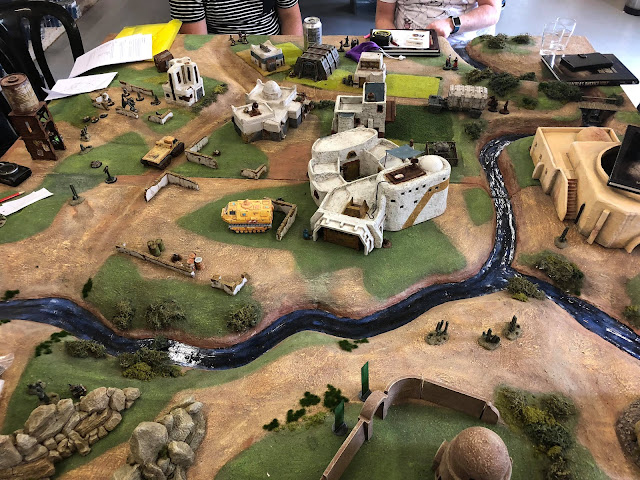 2. Decide what you are going to do.
I reckon a lot of people forget this part. There are loads of guys (and they are usually guys but not exclusively) who wander about looking at the games with a slightly lost look on their face. For the most part there are very few pick up games during the weekend, most of the games are pre-organised so it's this that you need to get good at. 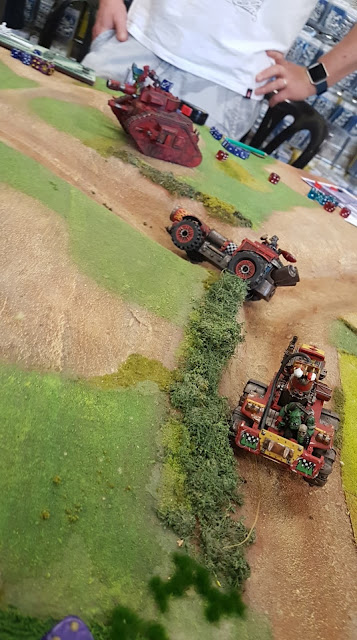 Games at BOYL tend to follow a few formats.

The one-on-one - This is fairly obvious but this will be two gamers putting their cherished armies down on a board and having a game of Warhammer or 40K (what ever edition or other game it might be). This is a lot of peoples only opportunity to get a game in all year and the idea of a long day playing Warhammer is heaven to many. Things to be aware of is that you'll need to book a table to play your game. You'll need to bring your army and some scenery and of course dice, tapes and rules. This type of game fills the nostalgia hole but you can spend the whole day playing a single game and suffering from a bit of tunnel vision so you should always be aware of the fact that you might miss what is going on elsewhere. Games of 2 aside also fit into this category really, any bigger than that and your talking about....

A big old battle of Warhammer - 5,6,7,8 or more players playing a massive battle. Again this is the kind of thing some people love to do. There have been massive siege battles, ship borne warfare and this year it was a recreation of Rigg's Shrine. Basically a bunch of people (Usually organised through the Forum rather than the Facebook group) work together to create a big spectacle of a battle. Everyone pitches in and helps to create the narrative, scenery and figures for the huge battle to happen on the day, Again this will take either and entire day or even two and will be the sole focus of your day so make sure it's what you want to be part of. Also be aware that herding multiple players through long and arduous turns can be a really pain in the hoop and that the game may not have time to play to a conclusion. Still, it will look amazing. 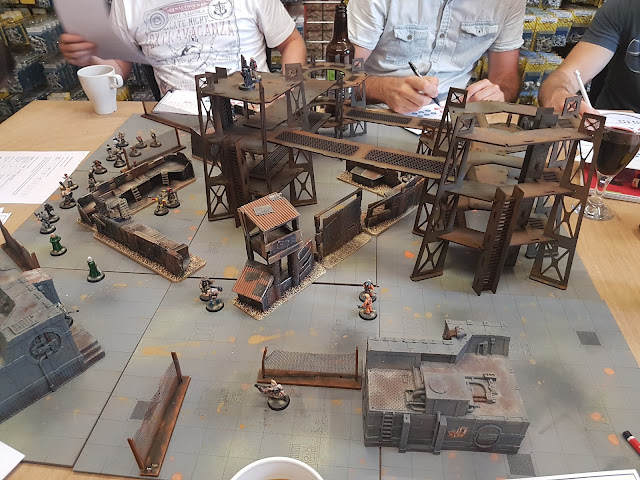 Multiplayer Special - This kind of game should be able to be played in one of the 3 slots that the table bookings are divided into. Generally one person will organise the game and ask the players to bring along a small number of suitable miniatures. These kinds of games are put together by groups of people that know each other or have got together especially to organise and play, more about how you could go about doing that later. Generally this sort of game needs everybody to pay attention and often things like random turn sequences make it a lot easier to keep everybody interested. People will often write or adapt rules for these games so that the run quickly and smoothly (at least that's the plan!) 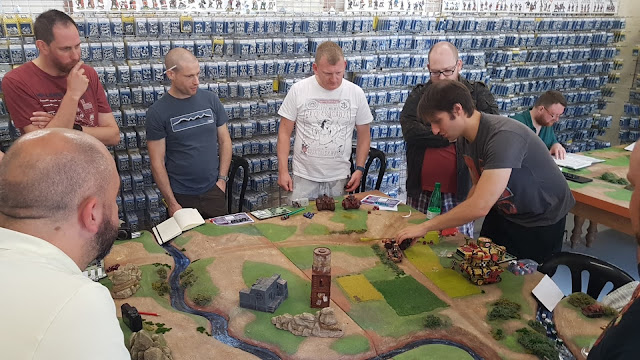 Multiplayer event - These games will be organised by someone who simply expects some people to turn up on the day and have fun. Curtis Motorcycle race round Helsreach is good example of a massive version of this but the Giant Slaying game from the previous year is another. This kind of game should be fun and quick and the rules as simple as possible, you can suggest people bring their own models or you can supply a choice. You can run a game like this a couple of times during the day or simply make it a one off. 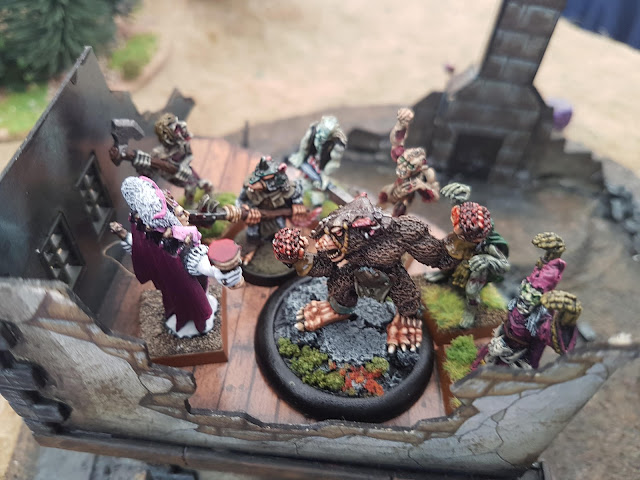 RPG in the Sun - Some people like to organise a Roleplaying session for the day. Again this will require some organisation on the Gm's part as they will have to make sure they have some players and that the scenario is all set and ready to go. Whether characters are rolled up in advance and vetted by the GM I suppose is down to the group and what they want from their day but obviously the choice is theirs.

This doesn't cover all the sorts of games that run at BOYL but most will fit into these categories somewhere and many will overlap in some way. 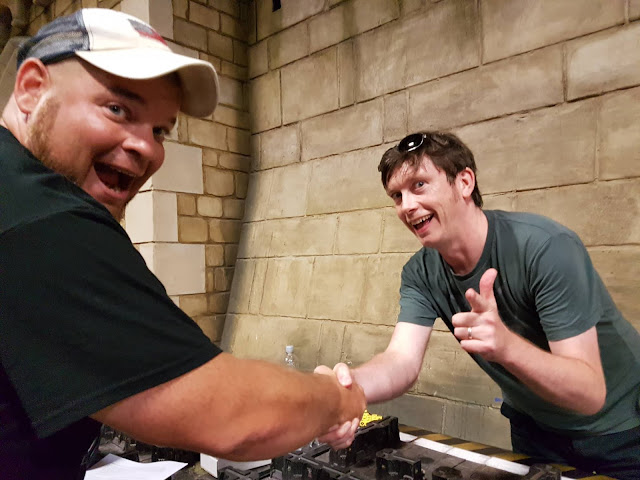 3. Getting the Band Together
The vast majority of the people at BOYL have met each other through Oldhammer related activities. I know that I have a pool of 20+ guys that all want to come to BOYL but, for various reasons, not all of them can make it. All of these guys I have met through commenting on their blogs, trading miniatures and getting to chat with them on line. Men that I now count as life long friends first came into my life through trying to organise games at BOYL. Of all the things that happen at BOYL, getting to play with these guys is the best part by a country mile. This is the most important parts of making your BOYL experience in my opinion. So, how do you do that then. There are 7000+ members on the Oldhammer page so there are bound to be some other people interested in the kinds of things you are. Look out for people who are doing projects similar to yours, chat to them about it the comments, make friends, start chatting. I know we men are pants at this friends making lark but it's something that we should all try to do. If you have an idea for a game, stick it out there. Post it on the main page and see if other people are interested. In the old days you would have started a thread on the forum but nowadays if you get people that are interested, start a new group specifically for the project/game. People can post their ideas and the progress on their figures in tight group and you all encourage each other to get stuff done, to see the project through. The sub-group can lead to a group messenger chat and thats the kind of thing that leads to lifelong geek love. So, work out what you want to play and reach out to the community and find others that want to play too. It's easy, you just need to pull your finger out. 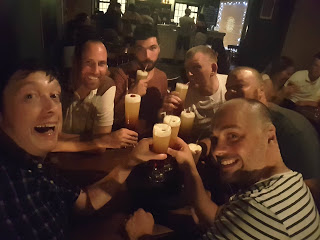 4. Making sure you are there.
One of the most annoying aspects of getting people together is that people are going to drop out. The more you keep your gaming group enthused and working towards a common goal the more likely it is that everyone is going to turn up and have a great weekend gaming. Work out where everyone is staying, work out how people are getting to and from Newark and to and from every day of the event. Get the drinks in. 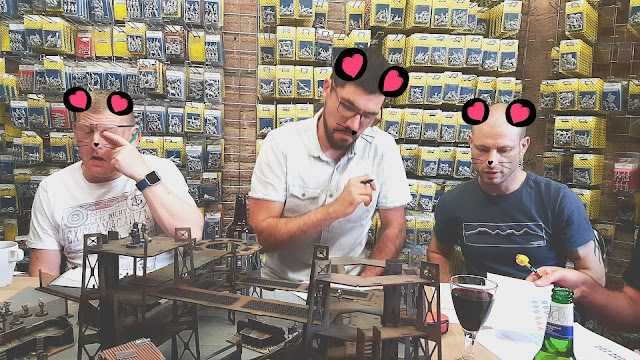 5. Start now.
It's never too early. Start throwing ideas at the wall and see if any of them stick. Start networking and see how your idea develops. Let other people have their say and let the game take on a life of its own. 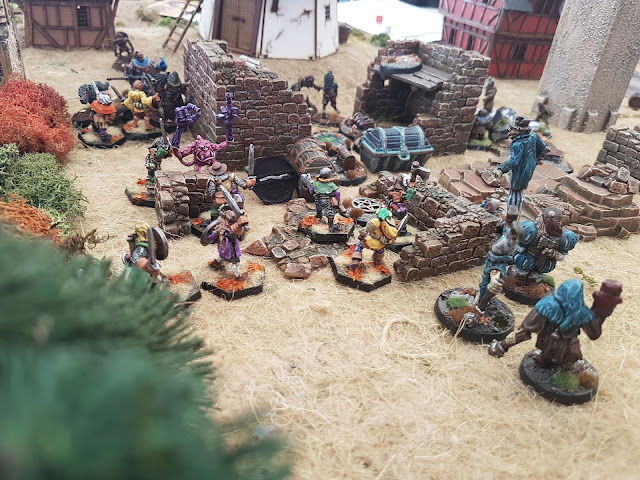 You have less than 52 weeks to get your ass to BOYL. What are you waiting for?