Watch out! Mojo is back baby! 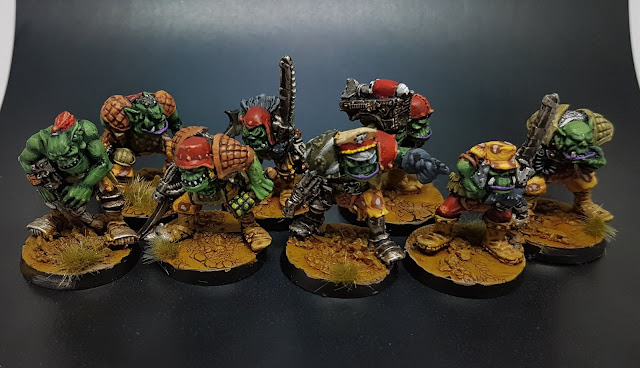 For reasons best known to itself, my painting mojo has been in hibernation for some time and as the rest of the Wipsters build healthy totals of painted figures (using many spurious counting techniques!) I have lagged behind, wondering whether i'll ever finish another figure.

But Lo! A dead line has loomed!

A weekend with some gaming buddies has dragged my ass back to the kitchen table in order to daub colours on some more figures!

Orks! Not only did i get another 8 boys done (bringing me up to 24) but I got a load of Nobs done in order to boss them about! Huzzah! 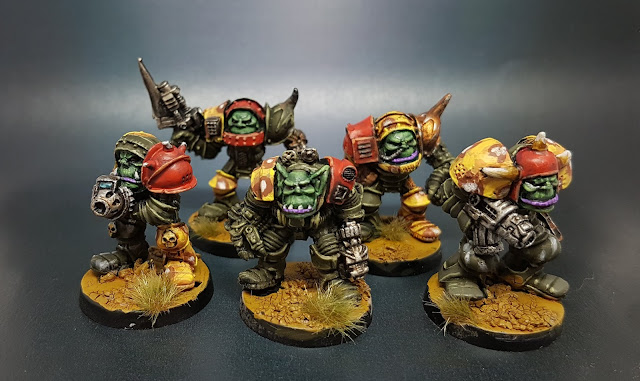 Not only that but I pushed myself to see if I could get some Grots done as well. This photo shows that I was doing them but also that I completely forgot to take a photo of them when they were finished! 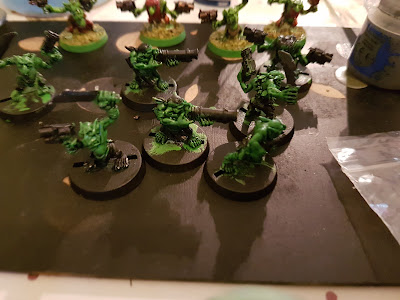 But there's more! One of my mates is not a regular gamer so doesn't have a gang in order to play Necromunda. Thats OK says I. I'll paint you one. And lo and behold I did! he has a speed painted Genestealer gang in order to throw down some gribbly shapes on the WHW table that we've book for games on saturday. 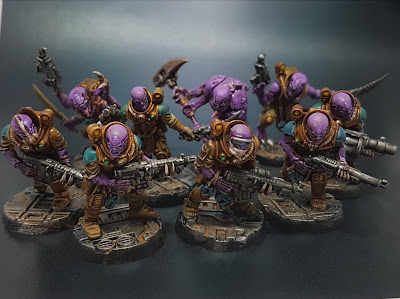 But even more than that!

I got a sneak preview of an up and coming kickstarter and managed to get this ruffed plaguebearer into some kind of a squelchy shape. 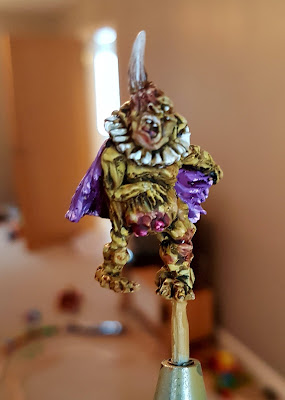 The mojo is back baby!