End of Year Catch up

January 01, 2018
At this time of year most bloggers are making some kind of 'Year in Review' post and tallying up how many games they've played or how many figures they've painted and giving you a run down of what they hope to achieve in the next year. Not me. For various reasons I have gotten out of the habit of blogging about the figures I've painted. Be it moving house, forgetting or being unable to get a decent photo, a fair amount of figures have gone unpublicised this year. So nows the time to set things straight. 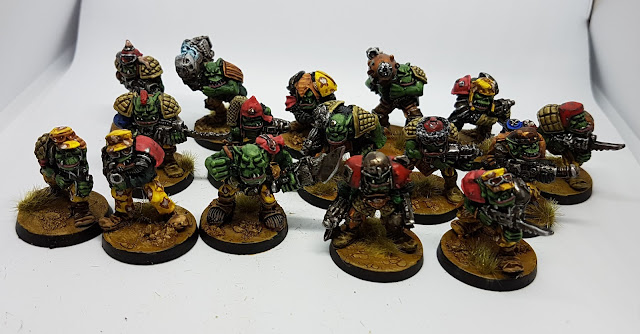 First up are a couple of units, ironically both the same size. I have been an Ork player for ever. They were my first RT army. In fact some of the figs above are from that very army. I'm going to just enjoy these figures for what they are and paint them in little batches in between other stuff. That way i'll end up with a sizeable little force without even realising it. I love these figures. They are the archetypal RT bad guys and I can't wait to get some of them on the table. 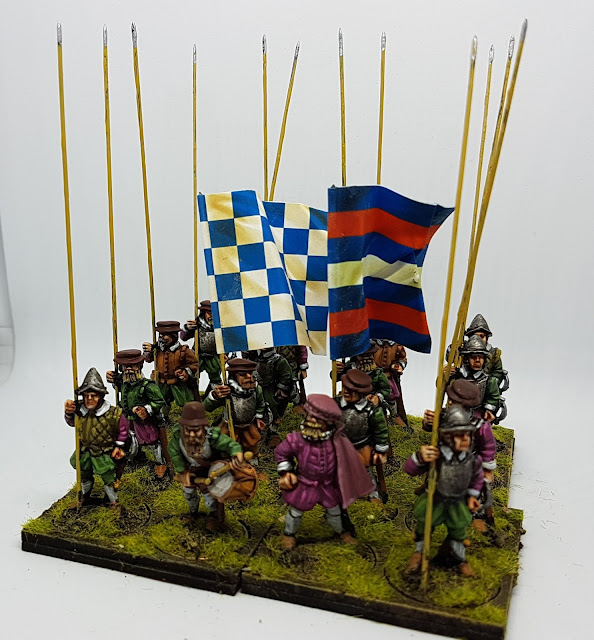 This unit are my most recently finished. Another unit of Dutch Pike. Wargames Foundry figures. With these guys finished I have enough to try giving Sharply Buffed a go. Sharply Buffed is a 16th century version of Sharp Practice that came out in the TooFatLardies summer special last year. I'm hoping it works well for the kinds of games I want to play with these guys. 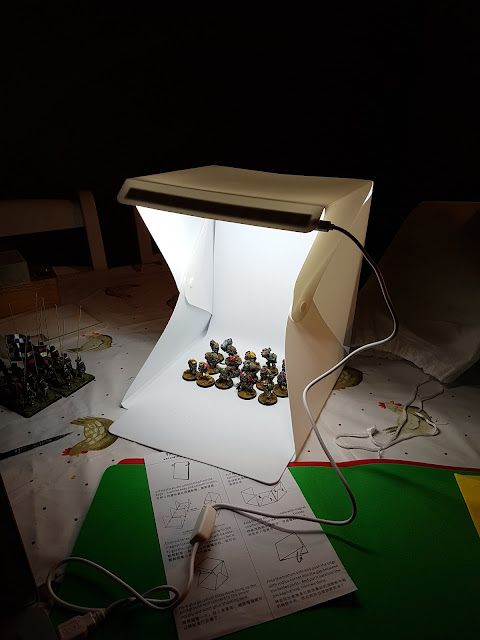 As you can see I'm a bit happier with my photos and thats cos I splurged out on a little photo booth for myself. I've got to experiment a little but I'm already seeing difference. 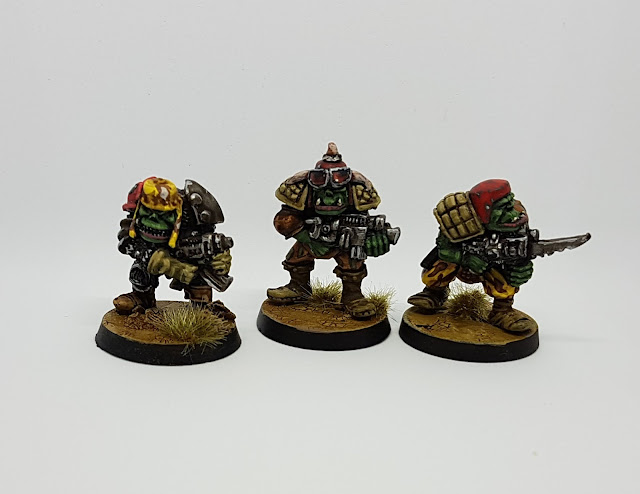 Just for fun a little close up of some the Orks. 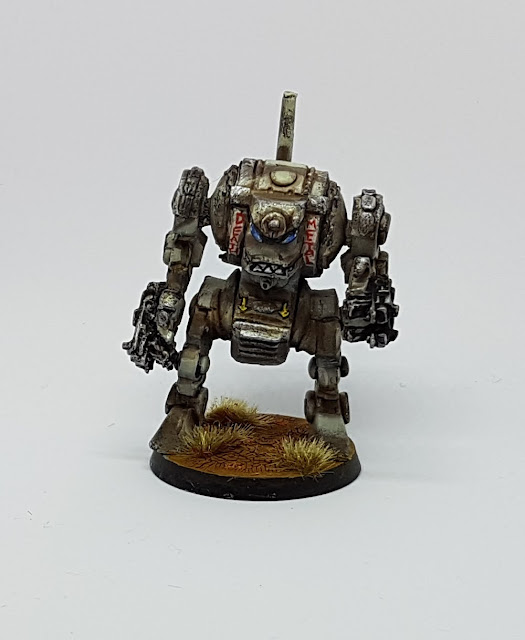 I also got round to doing a Dreadnought that i'd had sitting about for donkey's. I managed to misplace one of the shoulder mounts so I made do with a couple of metal shields. Of course the day after painting him I found the offending piece. 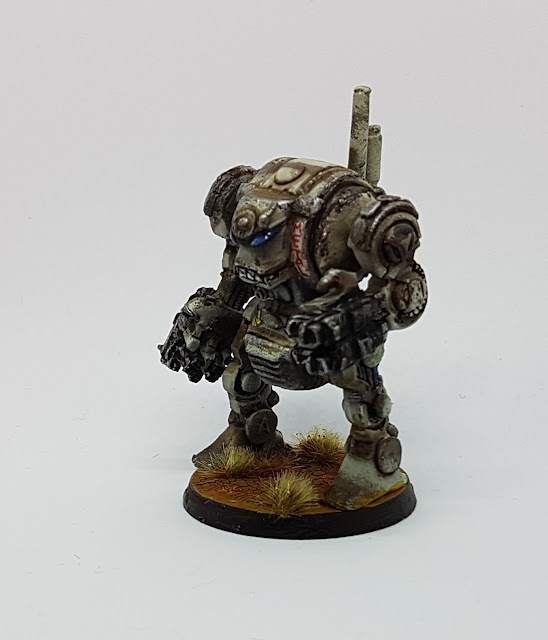 I've painted him to go with my pirates rather than marines or guard. In RT any old bugger can have dreadnought suits and as my pirates are growing into a decent sized force I wanted to give them some armoured back up so here he is. 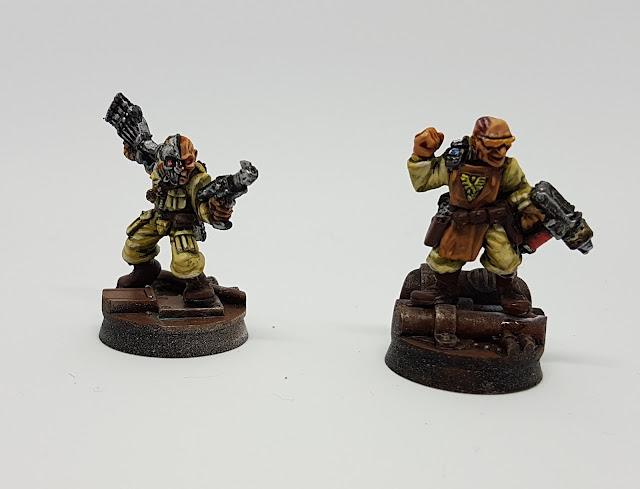 At some point I also painted the first two of the Marauder Confrontation tech gangers. The other two from the set are started as well so you'll see them at some point. I've also got some of the Copplestone tech gangers and the plan is to use them as Necromunda gang. New Necromunda obviously. 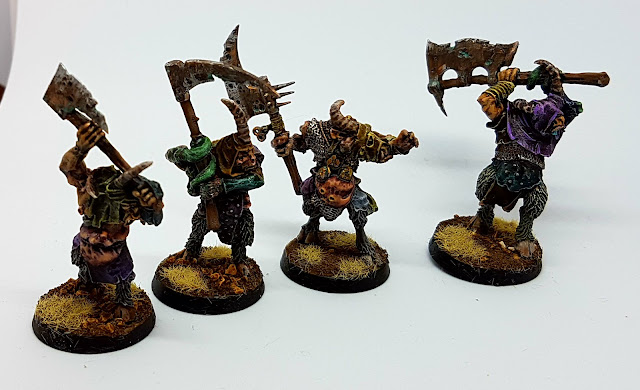 These guys got painted up when Antipixi and I had a go at Age of Sigmar skirmish. The previously owner had snipped their weapons off and I replaced them with bits off the Blightkings sprue. I'd quite like more of these.

Part of the figures I painted for the Donnybrook game at the club was this unit of spanish swordsmen. A mix of Citadel, Foundry, Warlord and Eureka figures. 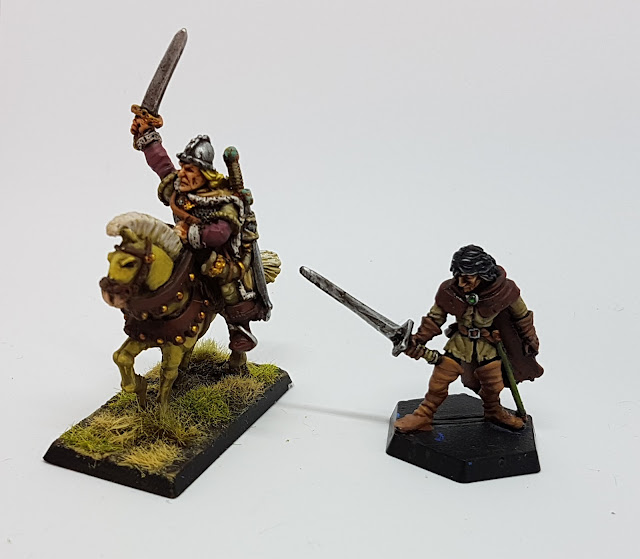 Two of the old Lord of the rings range. Mounted Boromir was painted cos I needed a leader for a game I played a couple of months back. He suits the rough and ready mercenary leader archetype and he duly won the game for me by cantering off round the beastmen and nicking the treasure. 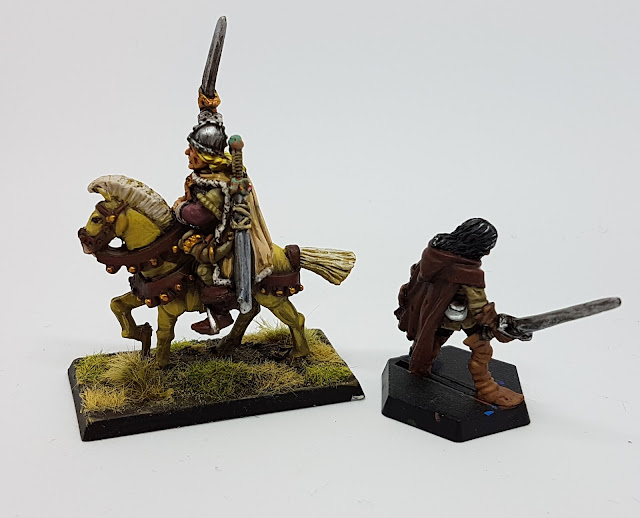 The Strider model was one that I had when i was a kid. I searched him out on the internet and painted him up apropos of nothing. I need to base him though. 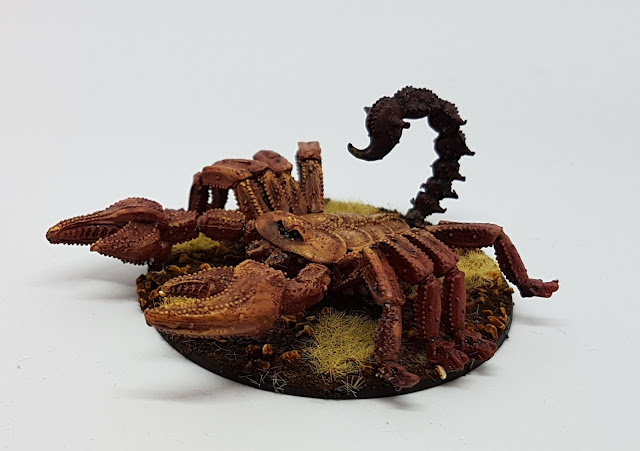 This guy is a classic figure that required a fair bit of surgery. His poor little legs were snapped in several places and they needed pinning quite profusely. Still I got it done and he was left undercoated for ages. 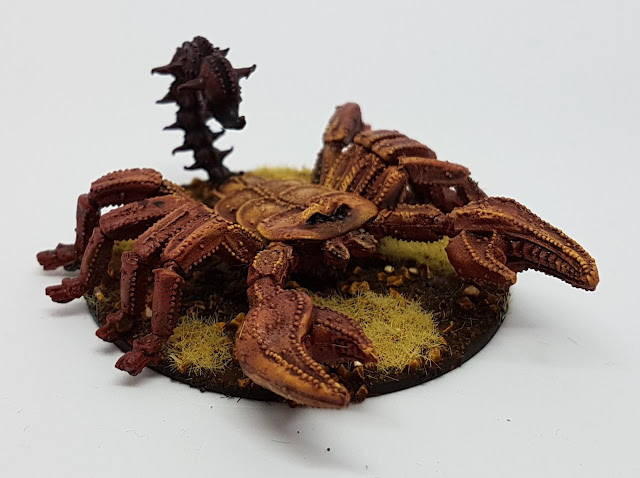 He finally got a finished when I needed monsters for the Eternal Champion game at BOYL. He was supposed to be guarding the route up the hill but as the Champions were having a hard enough time as it was he never got his 15 minutes of fame.

To finish off, here's more figures that were painted for the Donnybrook game at the club. The cannon crew fired once before deciding they'd done their duty and running off home. The other two gents were done as unit leaders but again they never got to have their time in the sun. 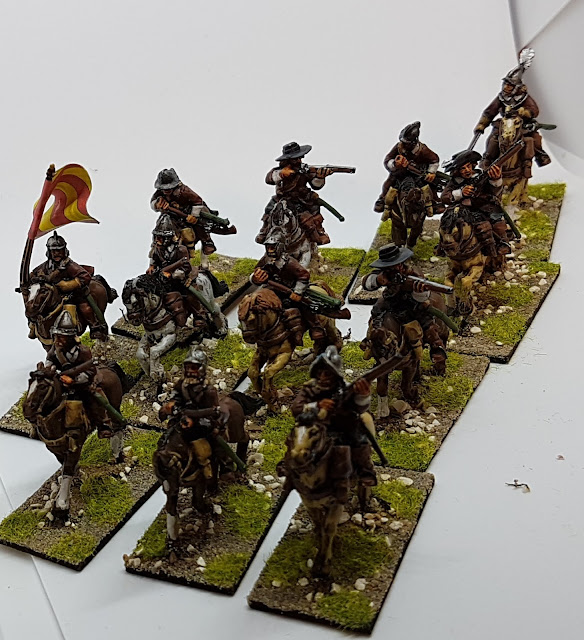 And finally 12 mounted shot that I used as Walloons fighting on the Spanish side. They are Warlord figures mounted on Foundry Horses with some head swaps to give a bit of variety. 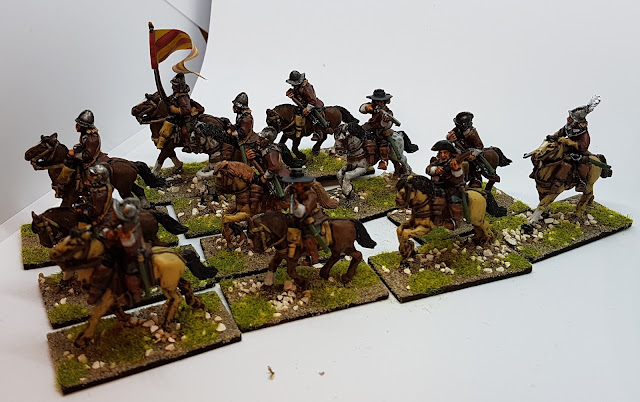 These kind of troops were used widely in the small 'actions' in the low countries. Luckily i've got plenty more figures in the drawers.

Thats it for now.

And you know I said I wasn't going Tally? Well, 248 figures. I'm fairly chuffed with that.