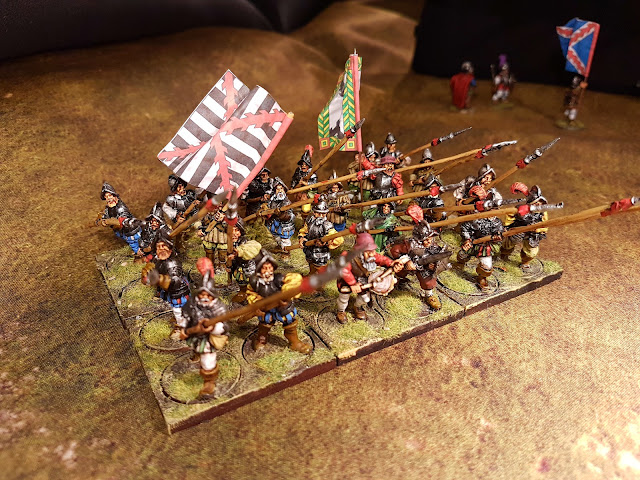 The latest addition to my Dutch Revolt collection is a big chunk or Spanish Pikemen. They are a mix of Gamezone and Citadel (plus the odd Foundry and Warlord figure). 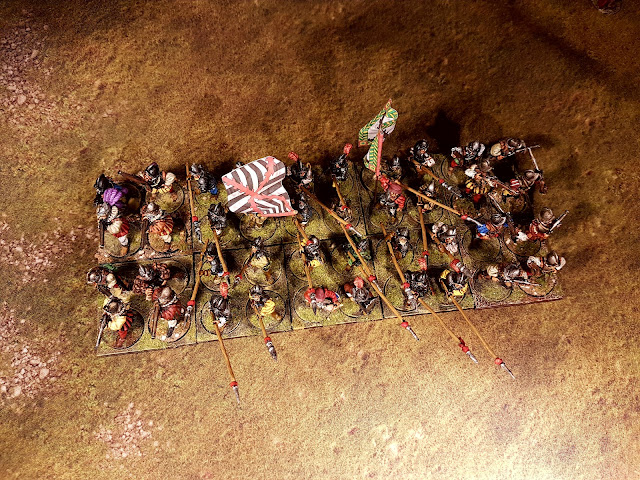 If I add some shot either side (Sleeves of shot or 'Manga's' to give them their spanish name) then it gives me a nice large tactical battlefield unit which in real life would be made up of several companies. Companies would be about 100-150 men strong and a regiment such as the one above might be made up of anywhere between 4 and 10 companies (or more). If I pluck for 7 companies that gives me a scale of around about 1:25 (i.e. one man in the unit would be the equivalent of 25 men in real life. 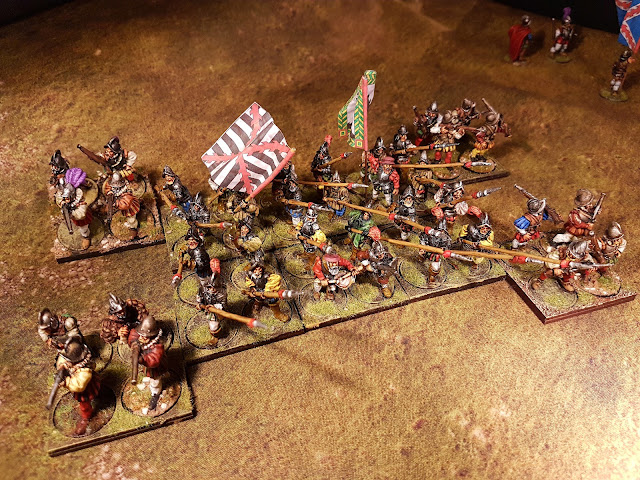 Alternatively the tercio would have the Manga's Bastioned on the corners like the pic above. Not quite sure how that works in a game but It looks pretty cool. 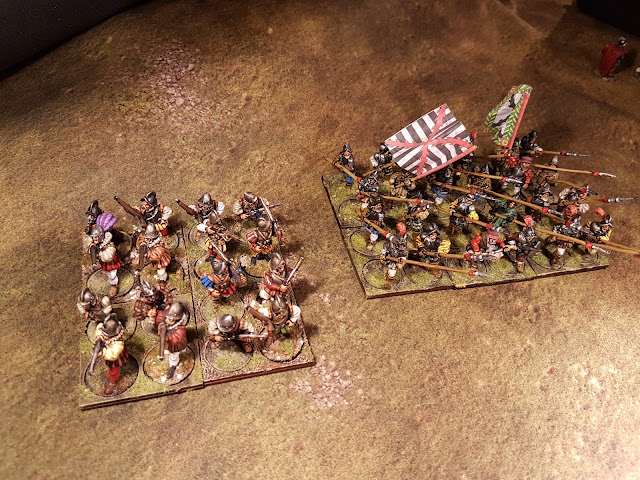 So game wise I can use these figures in a variety of ways. Above would be how they could be used in Warlords Pike and Shotte. A block of Arqubusiers and a Large block of Pike. Together with some light cavalry they'd make up a brigade. 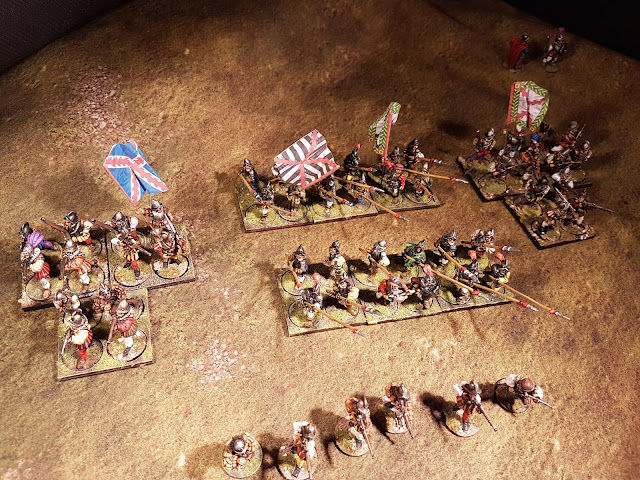 Dividing the pike block in two and moving some of the shot around this gives us a decent company for Pikeman's Lament. Two units of pike, two units of shot and a unit of Forlorn Hope shot. 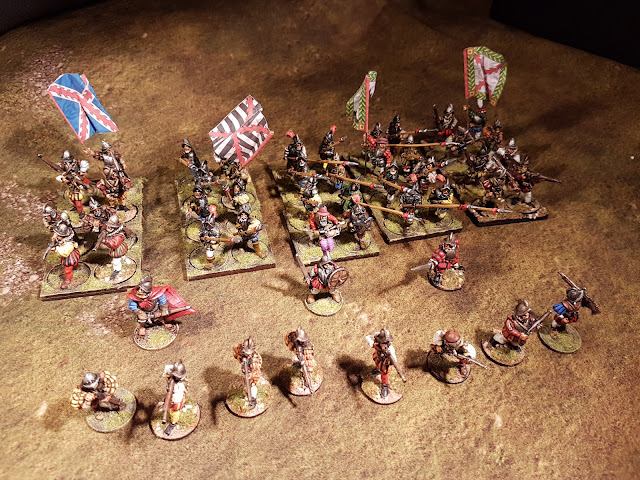 Alternatively I can organise them like above for Sharply Buffed / Sharp Practice. We have 3 groups of pike, 2 groups of shot and 1 group of veteran, skirmishing shot. Plus of course some Big Men to help keep the troops in line. 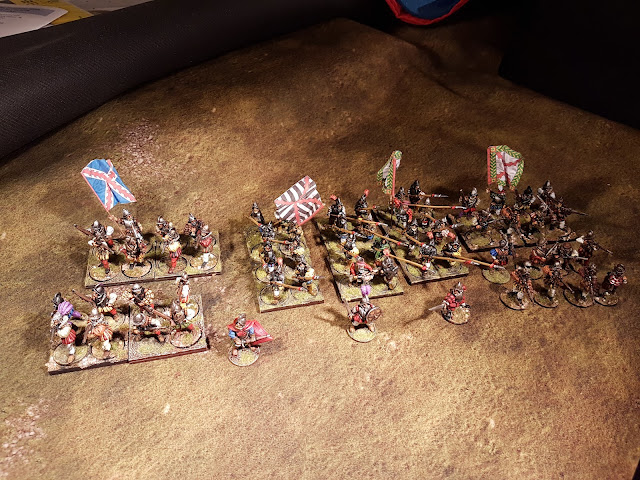 Then of course there is Donnybrook, which is a lot more flexible about how you arrange your troops but I like 8's. 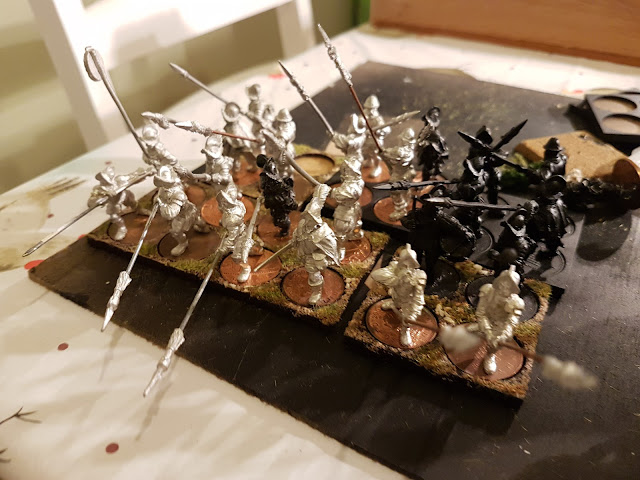 And the best thing is I've got another unit to paint up at some point! Huzzah!