November 13, 2017
There are a lot of excited Nerds around at the moment. The pre-orders for Nu-Necromunda must be pouring in. If Shadow war was anything to go by then Necromunda:Underhive is going to be a massive hit for GW. I have to admit to being lured in by the hype myself. I've watched a couple of interviews with chief specialist bod, Andy Hoare, and his enthusiasm for the game is infectious. He's a player a collector and a generally lovely bloke. The rejuvenation of 1995's Necromunda with two redesigned gangs and 2D board looks like it'll have some great gameplay and has pushed the GW game format in a different direction to 8th edition 40K.

But...as I was gathering info about the game and working out how it might work it occurred to me that something was going on. The type of gamer I am (and the this applies to the people I'm lucky enough to play games with) will no doubt appreciate the game as it comes out of the box but I have a sneaky suspicion that we will fairly quickly try and push the boundaries. The game isn't even out and I want to mess with it.

Why? Because I see potential.

At it's most basic level, you have a new set of rule that focusses on a dozen or less models per side playing a scenario based game. This ruleset is packaged with gangs and a game board that allows you to fight games of gang based combat. That makes Necromunda:Underhive. Lets narrow that down a bit though.
Rules for a dozen or so combatants per side in the 40K universe.
Does that remind you of the kind of games anybody has been playing?

I'll point out another couple of things that you may have missed.

Necromunda:Underhive has messed with the standard 40K stat line. It's added some new stats, LD, CL, WIL, INT so that you can have a more detailed, granular interaction with your imaginary universe. Well, they've not added them as much as reinstated them. Cos they were in Rogue Trader weren't they? 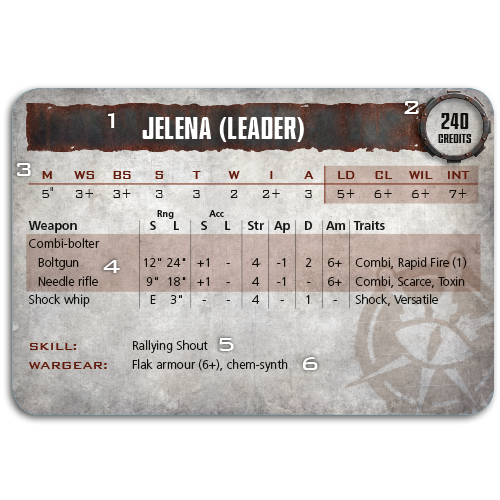 And whats that first non-gang related figure that we can see being waved around under our noses? Why it's a abhuman bounty hunter that looks suspiciously like an old friend of ours. 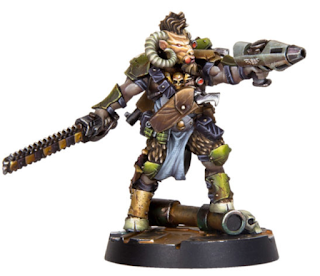 Do you see where I'm coming from yet?

Old Necromunda has been used by gamers as the the alternative to Rogue Trader for years. As a secondary go to set of rules for sale scale space adventuring it has been brilliantly useful for the last 22 years. Where RT tends to be clunky and complex, Necromunda was a bit sleeker and quicker to play but the two are almost interchangeable. All you have to do is look at things like Inquisimunda to see how useful a set of rules the original was. The addition of actions, priorities and new process of activation gives an opportunity of game with a different shape and feel to the ones we're used to. I know I've been playing with card based activations and other things for some time. The important thing to add to the mix is imagination.

Now we have this new set of rules that are for all intents and purposes a reinvention of Rogue Trader as much as they are of Necromunda. We are not seeing the start of a game in a box, we are being given the basis for a new go to set of rules for small scale adventuring in the the 40K universe. This is GW giving the adventurous tinkerers the basic building blocks to start going out into the galaxy and fucking about with it. Yes there will be official lists,  expansions, models and extras and we'll be thankful and some of us will be cynical and grumpy cos their favourites won't get any attention. But unless you are seeing beyond the official releases then you have missed the point that mussels and so many other bloggers have been trying to make for years.

Your adventure doesn't end with the officially sanctioned gang list or boxed set.

Your adventure begins with what you want see when you peer under the lid of the 40K universe and ends when you get bored of having fun. Necromunda:Underhive may just be the modern equivalent of the games we've been trying to promote through our blogs for years. It appears that there is a circle being completed here.

I'm looking forward to seeing how far gamers are going to take Necromunda:Underhive.

I'm also looking forward to seeing if Abdul Goldberg turns up in a shady corner of Hive Primaris.