Fantasy before fantasy was fantasy..... 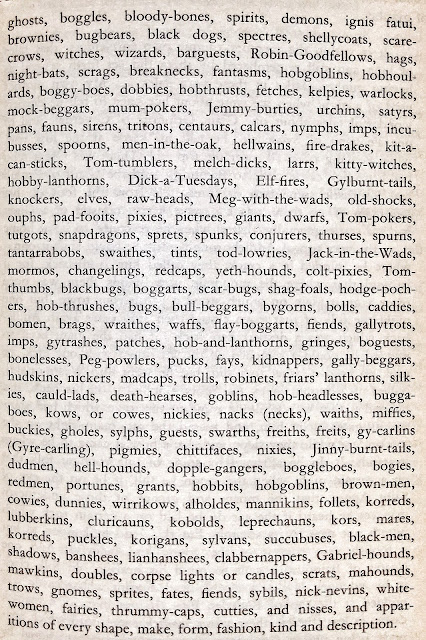 This list of British fantastical creatures popped up on Twitter via James Holloway a little while back and started a little thought ticking away I'm my head. It originally comes from Denham Tracts (1892-5) and was reportedly where Mr Tolkein got some of his creatures names. I'm sure you'll recognise various names from the Fantasy games you know and love but it got me to thinking about building a fantasy setting where these kinds of things are a reality rather than just a tale to scare kids. Fantasy settings for games (be they RPG's or Wargames) tend to be more high fantasy and contain the usual tropes, magic, elves, dwarves, orcs, etc and these all owe a debt to Hobbit/LOTR in some way or another. Runequest/Glorantha and Elric/Stormbringer are probably the two best known worlds that differ from this template and Conan has, in the Hyborian Age, a setting that is both lightly based in History and full of Fantasy.  This approach reflects the Warhammer approach where the cultures of our world are reflected in a skewed magical version in the Warhammer world, The empire is recognisably early renaissance Germany, Bretonnia is medieval France etc.

It occurred to me, however, that I could create a Fantasy setting which was, rather the inspired by history, is actually historically accurate, i.e. based on a period of history, but with the fantasical elements that were imagined by the peasantry (or inspired by dodgy bread - Ergot - Look it up) simply 'turned on'. 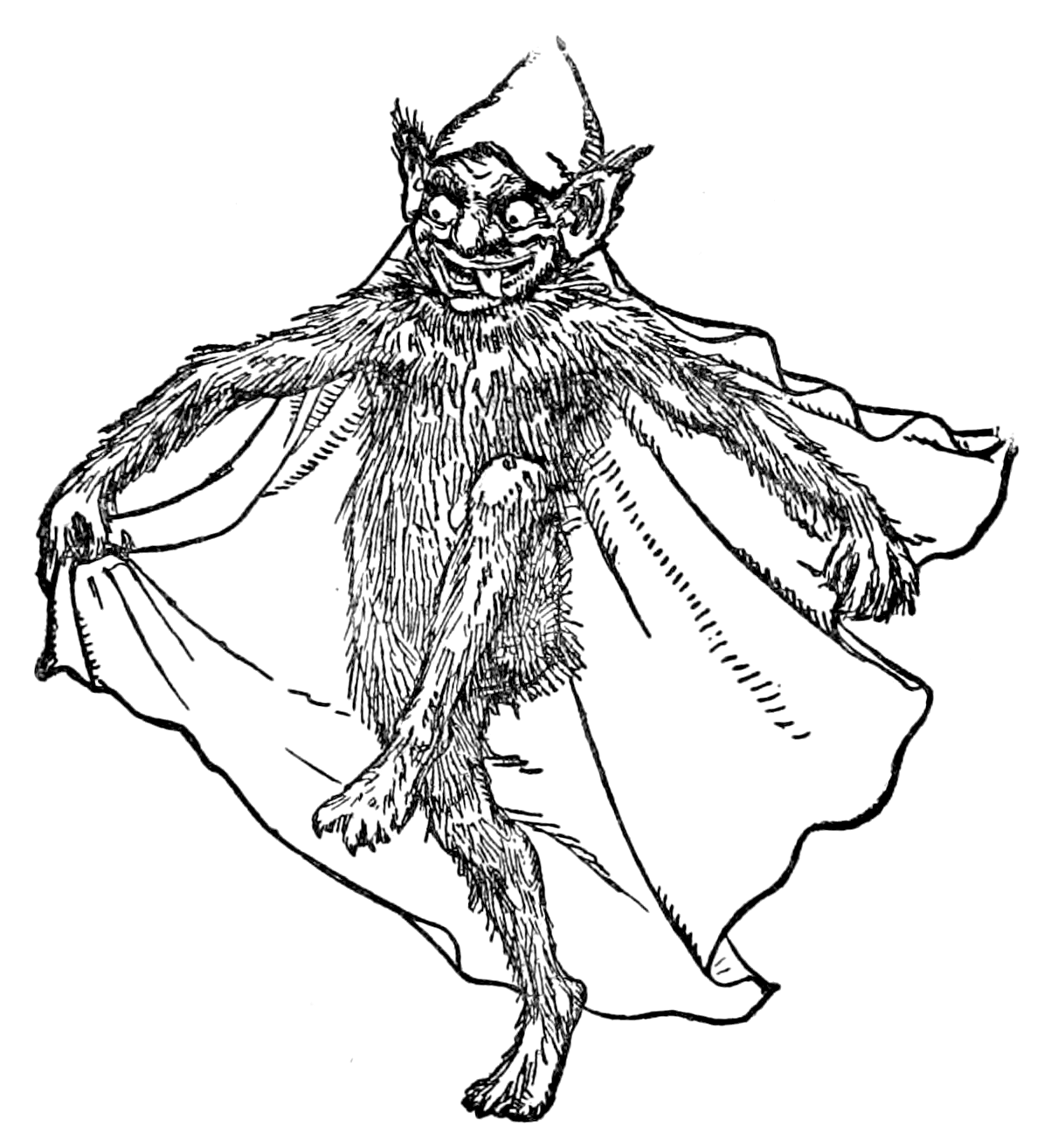 With that in mind the first thing we can do is consider an historical era we can base our story on. As I typed that the word that wanted to leap onto the page wasn't 'story' it was 'Saga' and that word has a full wagon of connotations following it. The period between the Romans leaving Britain (roughly 410) and the invasion of the Normans (1066 as if you didn't know) has been colloquially termed 'The Dark Ages' but there was a lot going on those 656 years. You can roughly divide this period into two unequal parts. The first period is often referred to as Sub-Roman and in fact covers Britain for the roman crisis of the 3rd century up until the arrival if St Augustine in 597. The second period covers the early medieval period and is often referred to as the Anglo-saxon period. Of course all these descriptions are open to the popular sport of arguing that goes on every friday night in the pubs nearest the university history faculties. 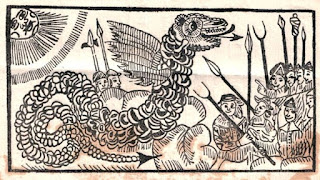 My preffered choice is the period after the Romans leaving and before the Angles and the Saxons were able to consolidate fun control. The only problem here is that it is the home of the Arthurian legends and for that matter might not be particularly suitable as it's been peed all over already. Still the time around the 560's and 570's is full of competing kingdoms, political changes and a variety of differing cultures and outlooks. Angles, Jutes, Picts, Saxons, Britons, Irish, you can see from the image below that there was a variety of kingdoms within the islands. 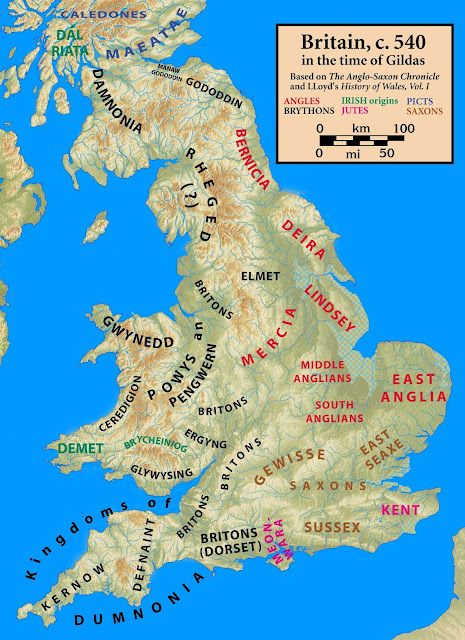 Now. The cool thing about this is that there are games already set within the period that we can use as game fodder. The three that come to mind are 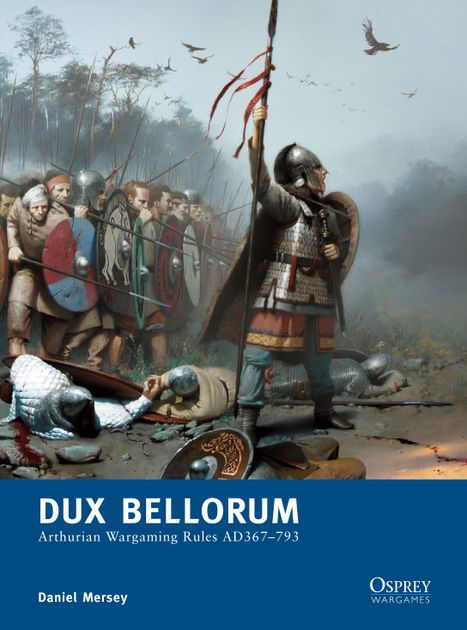 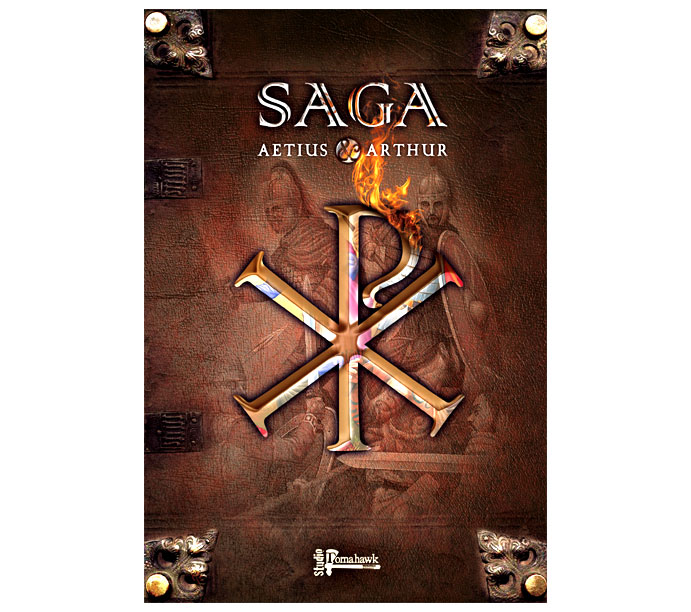 So as well as rule sets it also means that there are plenty of figures out there to use. Gripping Beast, Footsore, Foundry etc.

So far, so historical.

All of the above, however have a common approach. That of two fairly equal forces fighting each other and that wasn't where I was looking to head for this game in my head. Instead I was thinking of something between an RPG and a small scale skirmish game such as 7tv or the related Otherworld skirmish. A small, characterful group of figures are trying to defeat a foe, or solve a puzzle or escape their fate but more on scenarios later. For the moment I want to set the tone. 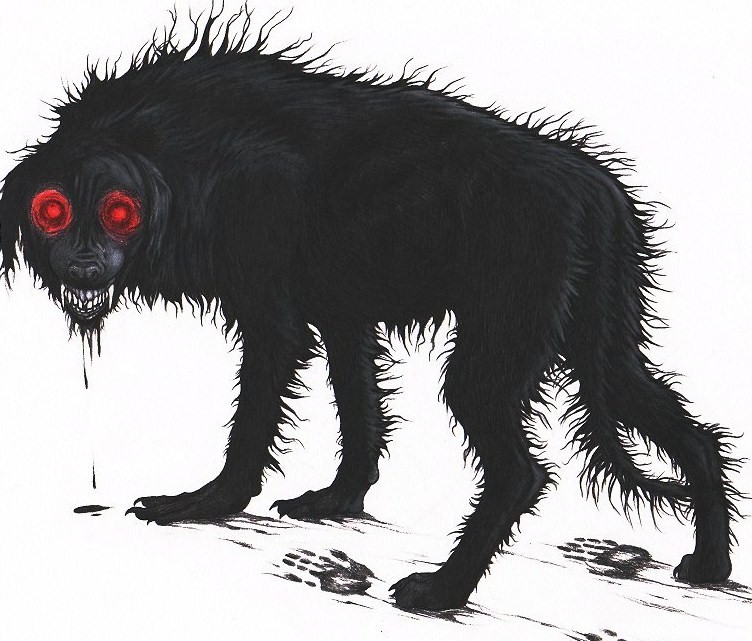 The political situation has an built in component that all fantasy adventures should do, a wide variety of employers. If we imagine that the playable 'faction' (how I loathe that word) is 4-5 figures this would translate small group of adventurers or mercenaries. Each figure would have a skills, personality, tribal allegiance, beliefs etc which would make them unique (they may have been born in the Chime Hours and be able to see spirits for instance). In the normal scheme of things they'd be in the shield wall during a battle but they have been given task by their King (employer, creditor, chieftain - whatever it may be) this is the basis of their adventure.

In my head this leads to dark, thick forest or lonely abandoned hill forts. Small frightened villages or smoke wreathed caves. The dark quiet places where men fear to go.

And thats where it gets interesting.

There are things in the woods.

There is voice in the cave.

There is a reason there are no people in the village but the hearths are all warm. 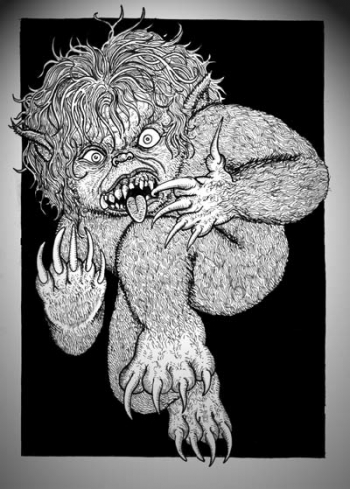 The bogeymen of Folklore are real and it is these that our heroes must overcome. Perhaps someone made the mistake of giving a Boggart a name. Maybe the Hobs weren't given a payment and rebelled against the owners of the house. It could be a black dog stealing away the villagers. The green man has come to a take a bride. The Lob has come to find a saucer of milk but been left wanting. A hag has caused the harvest to fail. Kelpies have taken the alderman's daughter to be their queen. A Silkie has married the king. An Ogre has taken the children to his house in the woods. A Giant has fallen asleep on the mountain side. A barguest haunts the standing stones. A Snap Dragon guards a mythical treasure that may save the land.

As you can see, there is host of ideas just waiting to be utilised.

This is where a GM would be perfect for a game like this. Maybe two or three small parties have been sent on the errand. They are competing of the favour of the king. The stones are quiet.....

The game coulee be further expanded by having a campaign system where the kings favour is tracked by each of the warriors. The higher the favour the greater the reward. Christianity could be used as a way of altering a characters ability to cope with the situation. A good Christian being fearful of these ungodly things and making some action more difficult. Hag stones, magical weapons, standing stones, corn dollies and all other sorts could actually contain magicks to aid or hinder our warriors. Wise men and Wise woman can perform feats that cannot be explained.

Of course, it could always be a bunch of smelly Saxons....