September 07, 2017
Whilst chatting on line with some of my Septic chums (as well as others around the globe with less amusing national nicknames) the topic of how awesome 2000AD was came up. Being a brit and having lived with the worlds greatest comic always lurking in the background (even if you abandoned it for a while like you did with all things Warhammer - Stupid teenagers......and 20 somethings.....etc), it's easy to assume that it's all powerful brilliance has pervaded ever corner of the world and that all personages of a particularly nerd bent should know all about it.

Turns out that's not that case. 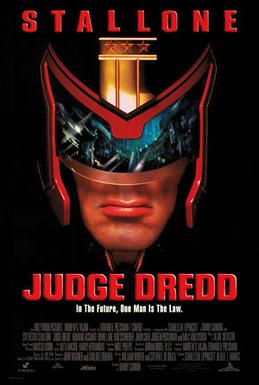 Sure, Judge Dredd is pretty famous. After all he's had two films made about him but that is about all the general public know of 2000AD's output and the average non brit 40K player doesn't know much more (to be fair many outside a certain age don't know bugger all either). 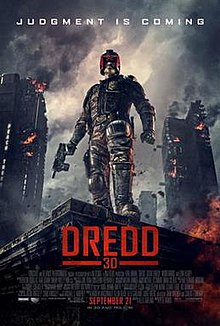 A case in point. A store manager in a GW store (who's continent shall remain nameless to protect people from the blushes) was happily trying to convince a fellow Oldhammerer that GW had in fact invented Judge Dredd and that they had failed to make use of such a valuable piece of IP.

So I'm here to try and start fixing this awful state of affairs. I'm going try and enlighten some of you lovely people (though I'm probably preaching to the converted) about some of the characters or strips that have probably been most influential on 40K and especially Rogue Trader.

(WARNING! : This may all be complete bullshit and is entirely my opinion but tough. It's my blog) 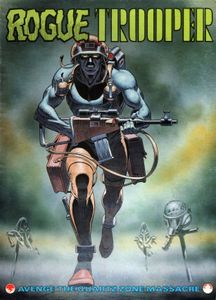 Firstly, without 2000AD Rogue Trader would never have been the product we revere so much now. GW made games and figures for Judge Dredd, Strontium Dog and Rogue Trooper. GW in the 80's had a connection. The comic was very popular in the late 70's and early 80's and the style of it's irreverent version of the future is very much in keeping with what became 40K. Combined with a large range of other influences. 2000AD added a violent and anarchic view of things to come. The dark sense of humour and even some it's illustrators (Carl Critchlow for one) can be interchangeable. 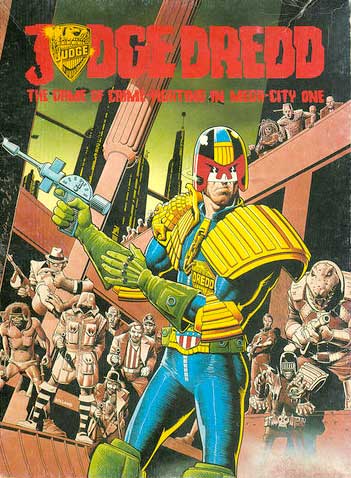 So I'm going assume your head isn't up your bum and you know something of Judge Dredd but you want to delve a little deeper into late 20th century british sic-fi comic characters. Where to start? Well would sir like to view the menu?

So you are a genetically modified infantryman who saw his entire regiment massacred on the very day they were deployed. Your skin is blue and you can breath the poisoned atmosphere of Nu-earth with out the need of a sealed suit, unlike the troops form the Southers or the Norts. You are convinced that a traitor from your own side is responsible for the death of all you buddies, including the three who have their personalities downloaded onto chips at the point of death and installed in your equipment. You are seen as a traitor by your own side and as a kill priority for the enemy. You emerge from the fog banks of deadly chemicals to hunt for clues and fight for you life.

A true 'war is hell' epic, dealing with Rogue battling his way through hellish war zones in order to track down the Traitor General. The story line has been continuing ever since with deaths, resurrections and cloning. Rogue is an iconic symbol of war and has always been one of 2000AD's most popular strips. Recently the background has been used as a base to expand into different areas with Jaeger following a Warcrimes Investigator from the Nort side tracking down wrong doers on her own side. 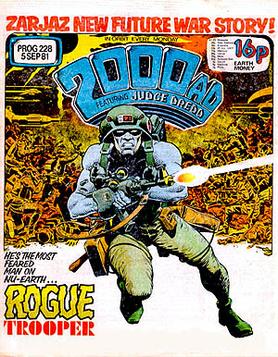 Rogue Trooper is also the reason the Rogue Trader was subtitled Warhammer 40,000. Just in case people got them confused. After the Third world war all the mutants that were born as a result of the radioactive fallout were moved to Milton Keynes where they had to live in a form of new town ghetto. Mutants aren't allowed to work on earth. There is only one option for a Mutant who doesn't want to live in squalor on earth. He has to join the Search/Destroy agency and become an intergalactic bounty hunter, known to everyone as a Strontium Dog. Johnny Alpha is one such mutant. Armed with an array of weaponry (such as a time grenade which sends the victim forward in time by 10 minutes, long enough for the planet to have moved on) and partnered up with a time lost Viking, Wulf Sternhammer, Johny tracks down the galaxies villains while all the time dealing with the hostility he receives from the 'norms'. 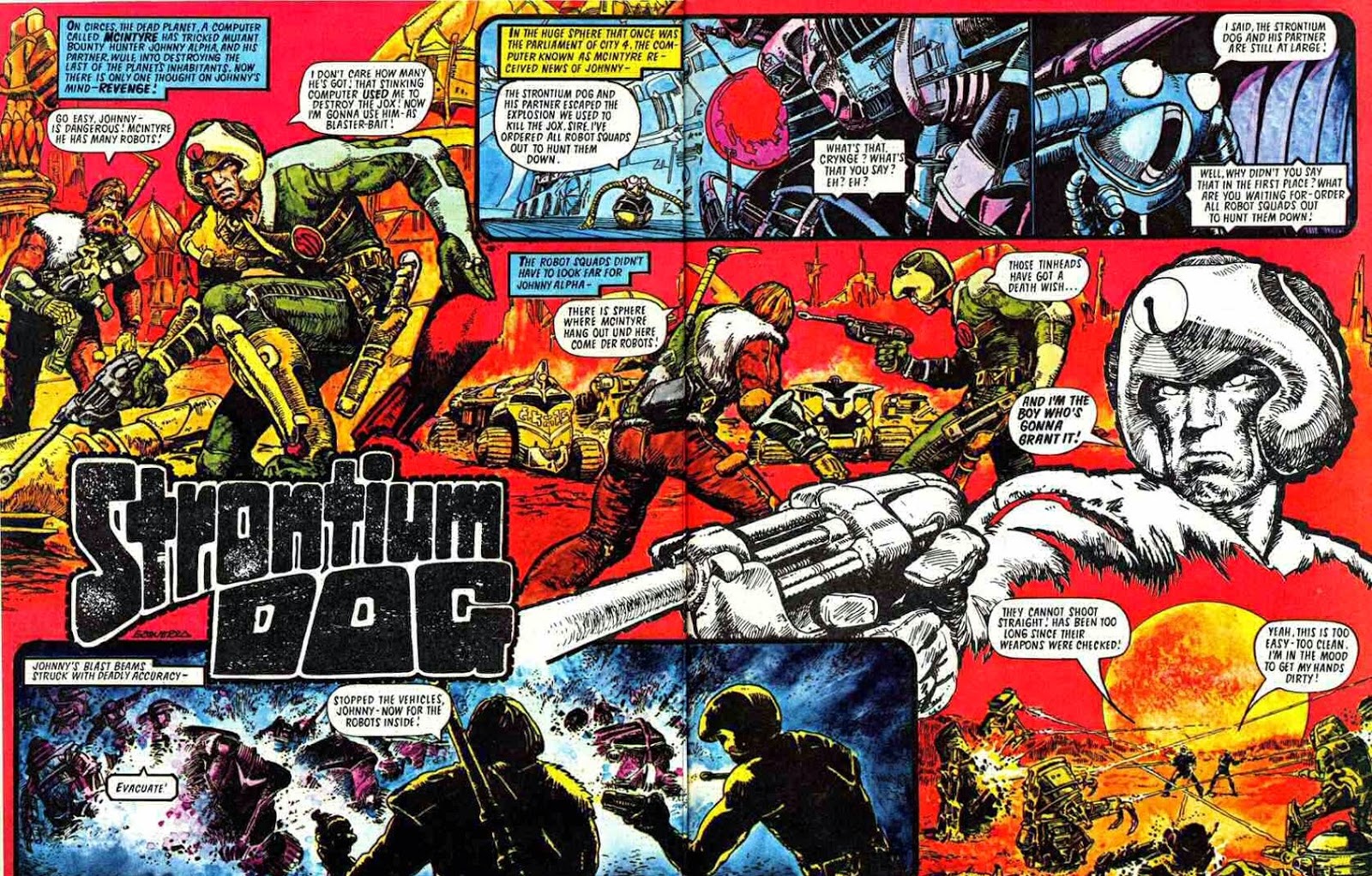 As well as being a rollicking adventure of the old west type, Strontium Dog explores the bigotry that the human race is so good at dolling out. The human race uses the people they don't wish to acknowledge to tidy up their mess with out ever thanking them. The characters show a ridiculous range of mutations that err towards the comical rather than the chaotic but it's interesting to have the mutants as the good guys. 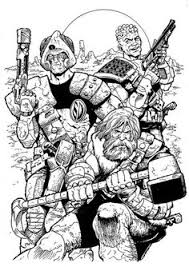 Johny Alpha marked Carlos Ezquerra's return to 2000AD after falling out with John Wagner over the creation of Judge Dredd and it could be argued that he has a greater affection for Johny than any other character. Interestingly Johny turns up in a Judge Dredd story at one point and they manage to avoid killing each other.

Nemesis the Warlock is where the anarchy comes in. Starting as a one off story called Terror Tube, Pat Mills and Kev O'Neill expand the Nemesis universe in to one of the most awe inspiring and visually complex stories to ever grace the pages of 2000AD. I've posted about the links with Rogue Trader before but it does bare repeating. This story has an undead emperor who's elite warriors are called terminators, who hates all alien life and wants to see it extinguished so that humanity can rule the galaxy, he can not abide mutation of deviancy and humanity uses ancient machines that they barely understand in order to defeat their enemies. And their greatest enemy is a Demon who worships Khaos. Nemesis is that very demon and he is in fact the hero of our tale. The strip touches on bigotry, environmental issues, paganism, sex, magic, living space ships and BIG JOBS! If that doesn't make you want to track down the books then I don't know what will. Kev's artwork is spiky and maddening, looking like you'll cut your fingers on every page. The writing is sharp and funny and  will keep you cheering for the Alien, deviant scum.

This one is easy. Take some out of work WarDroids. A sentient planet mars and a massive war against the Volgans (who are NOT Russians. Honestly) plus the opportunity to read Simon Bisley's first comic work and you are surely onto a winner.
Essentially what you've got are a mismatched mercenary unit of Robots who end up getting sucked into the machinations of not only Torquemada and Nemesis from the above, but also their own devotee of Khaos, Deadlock.  The team is led by Hammerstein (who's name was a joke based on his partner in a previous story line, Ro-Jaws. Ro-Jaws and Hammerstein? No? Ask your mum) and has a variety of different members throughout the run but certain ones stick throughout such as Joe Pineapples (the galaxies deadliest sniper with a penchant for cross dressing) and Blackbood (a Volgan War Robot and the most back stabbing traitorous scumbag that ever existed). Add in Mekquake, Ro-Jaws, Mongrel, Happy Shrapnel, Morrigun, Deadlock and Steelhorn and you have more than enough to be getting own with. 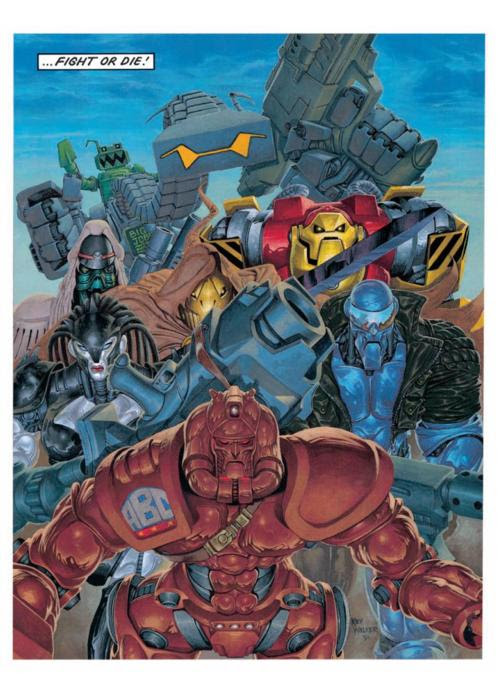 Thing of some very argumentative robots firing shit loads of guns and you are getting there. Loads of the classic 2000AD artists have taken on the ABC Warriors at some point but the two most memorable stories are Simon Bisley's illustrations for the Black Hole, his first comic strip I believe and wholly in Black and white and then Kev Walkers answer to Bisley's own Slaine: The Horned God, The Khronicles of Khaos, his first fully painted strip.

So there you go.

4 of the biggest strips in 2000AD and the 4 that will have the biggest influence on your Rogue Trader games. My advice. Get on the inter webs and buy yourself some education. You'll thank me for it even if your wallet doesn't.