Thugs for the memories 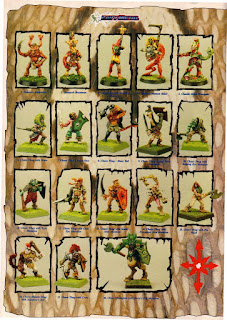 A long, long time ago in a bedroom far, far away I pored over every edition of White Dwarf I got my hands on like it was the latest holy revelations from a distant galaxy. In no 104 there was a load of Realm of Chaos goodies including this fantastic article about converting you Chaos figures to reflect the mutations that the gods have seen to fit to bestow on their followers. 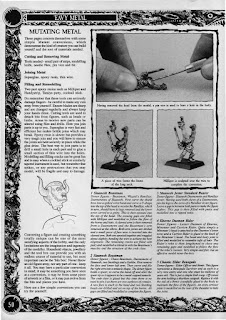 This was probably the first time I'd ever seen a pin vice and heard about pinning things together. I'm pretty sure I went out and bought some miliput based on the advise from this very article. The plastic dwarves that had come in my Warhammer regiments box became the basis for my early experiments and slowly they were warped by malign hands into Chaos Dwarves (one, I distinctly remember, was favoured with a large snakes body instead of legs, it probably looked more slug like by the time I was finished but hey-ho) 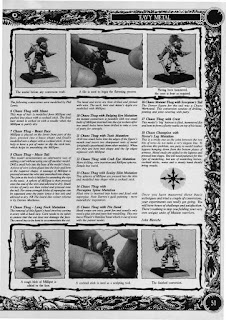 They even had the time to publish the stats of the weird, abused thugs that had suffered at the hands of the studio conversion team. 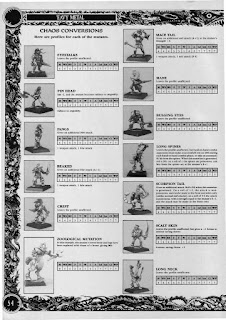 Why bring this up now? Well, I'll tell you.

While perusing the display cabinets at Foundry during the BOYL weekend I came across the very conversions that were featured in the article and it all came flooding back to me. I grabbed my phone (or at least wrestled it out of my pocket) and snapped some photos of them.

There they were. Just in as good a condition as the day they were photographed all those years ago.

What made it even better was that they were next to a bunch of thugs that had featured in a WD advert that I hadn't seen since. These guys seem to be a bit rarer than some of the other thug models but seeing them and their paint jobs up close made up for all those years of squinting at the tiny little images of them in the adverts. 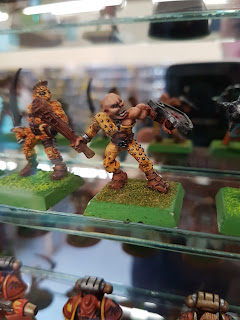 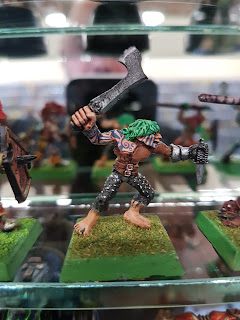 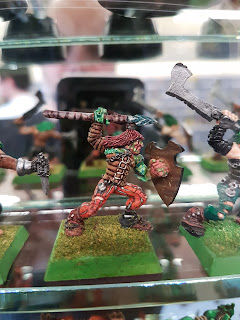 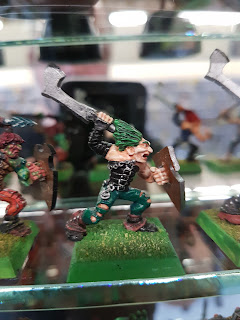 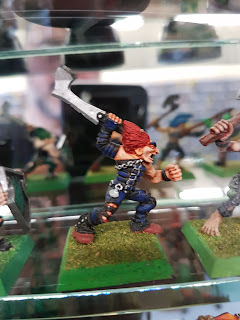 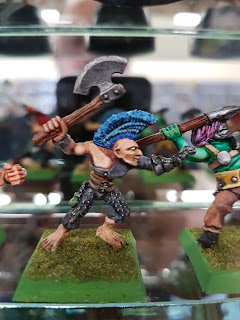 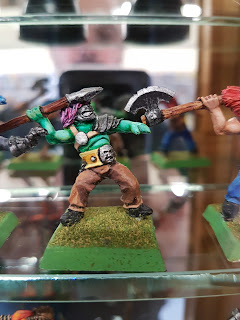 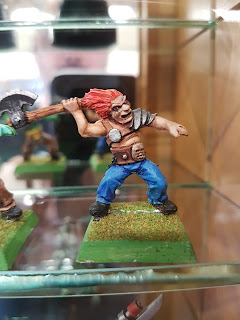 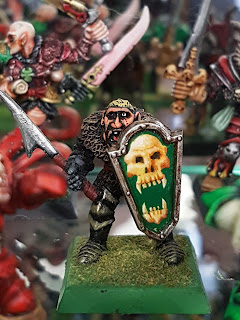