Something green and smelly in Kislev

April 27, 2017
I played this game a couple of weeks ago but have only just gotten round to blogging about it (coursework season, I'm sure you understand).

I hotfooted it up to Nottingham just before the end of the Easter Holiday and introduced Linz to Dragon Rampant. 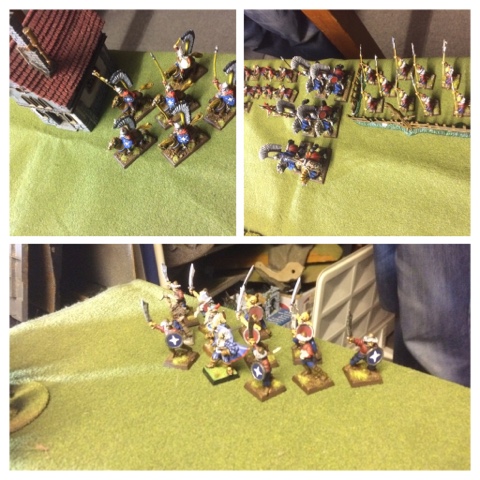 Linz decided to drag out his Kislev figures and down two units of cavalry, one elite and the other heavy plus three units of infantry, one Bellicose foot with shiny armour (swordsmen with shields), one aggresive Light foot (Halberdiers)  and one heavy missle (Crossbow). I took three units of Bellicose foot (Hobgoblins), One unit of Heavy Infantry with reduced model count (bugbears), One light Missiles (orc archers) and one light foot (Half orcs).

The board was split across the middle by a river (Linz had paid for that river and he was damn well going to use it!) with a fortified building near the middle and some other buildings in the left-hand side of the Kislev deployment. 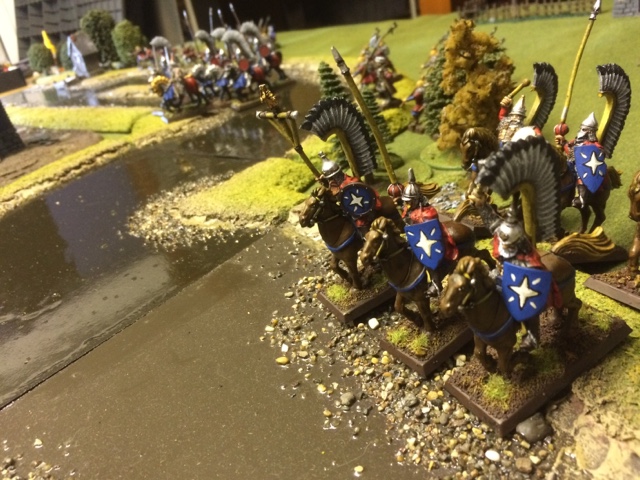 My rolls were rubbish and I kept failing activations which gave Linz the upperhand. His Cavalry headed across the river with the Halberdiers in support. The shot and the Swordsmen headed round the other side of the building. 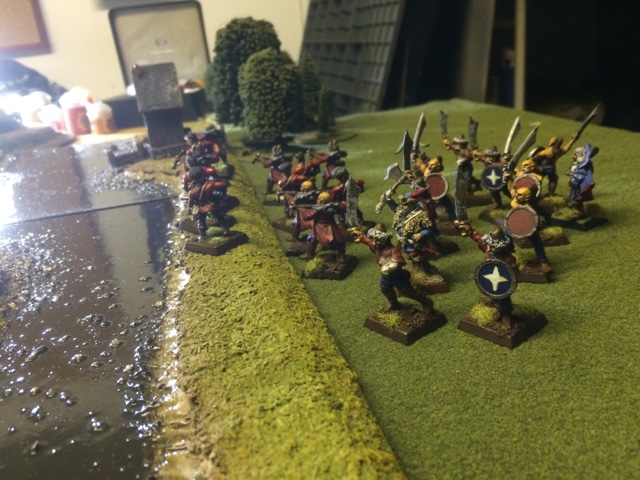 The Heavy Cavalry eyed up the half orcs and as soon as they'd made it across the river charged into the hairy green mob. 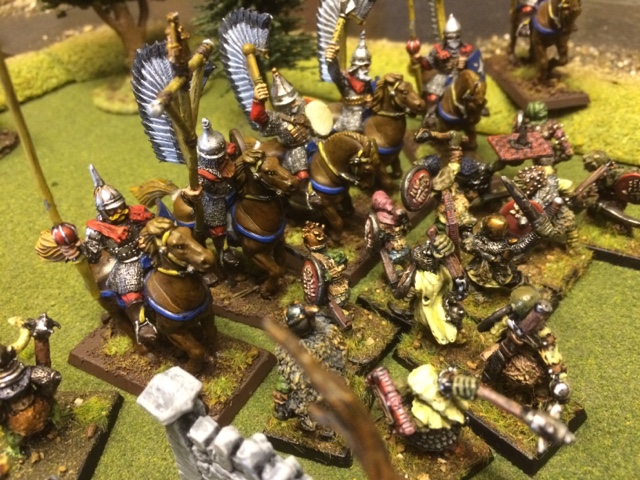 This is where things started to unravel for Linz. Despite taken a couple of casualties the Half-orcs didn't fold leaving the Winged Hussars in front of Hobgoblins which duly charged them in their flank. 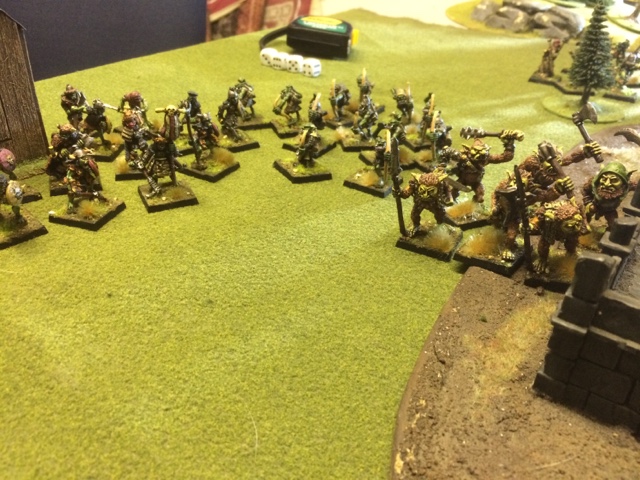 As my activation rolls improved I managed to shake a reasonable battle line in order to receive the charge of the second unit of cavalry. At the same time the third unit of Hobgobs stalled right in front of the kislevite crossbow and got peppered before being charged by the Swordsmen. This devastated them and the remnants left the field. The hobgoblins and the half-orcs finished off the Hussars while taking casualties. 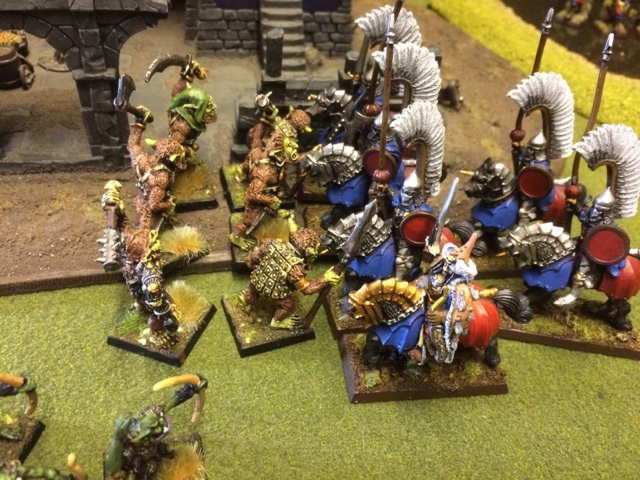 The elite cavalry decided to charge the Bugbears and the heavy infantry were braced for it meaning they had a hard time making an impact. 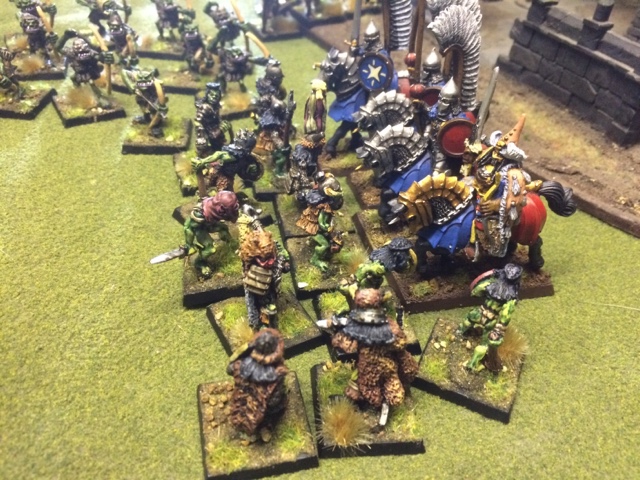 Without a breakthrough the Kislevites were left at the mercy of the orc bows and the unit of Hobgoblins. They made a good account of themselves. 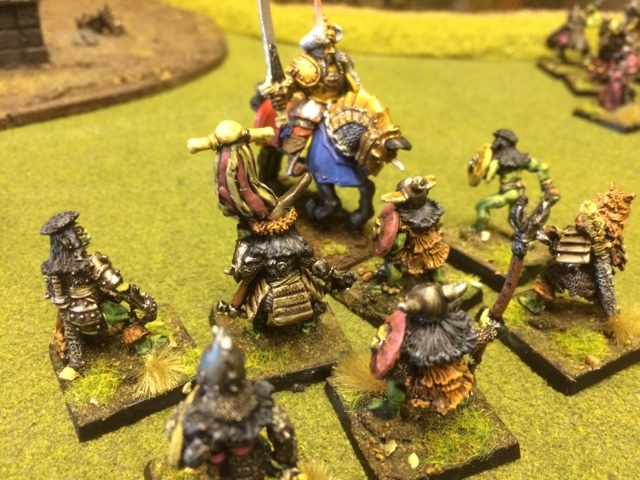 In fact the Glorious Tsar himself was the last of the unit to succumb and he was responsible for sending the Hobgobs scurrying off (after having killed him of course). 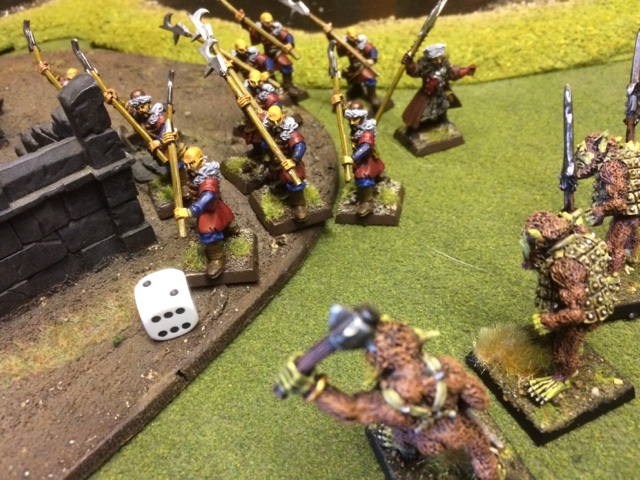 As the last of the cavalry fell the Halberdiers positioned themselves next to the building. As the remnants of the Bugbears loomed close they charged them and savagely beat them off, sending the big orange bastards running to the hills. 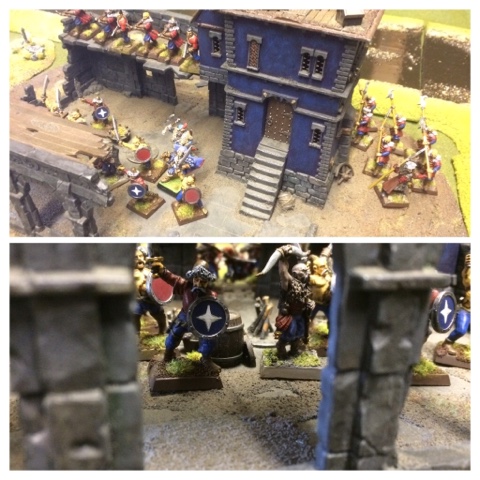 This gave the other Kislevite units the opportunity to move into the building and take up serious defensive positions. 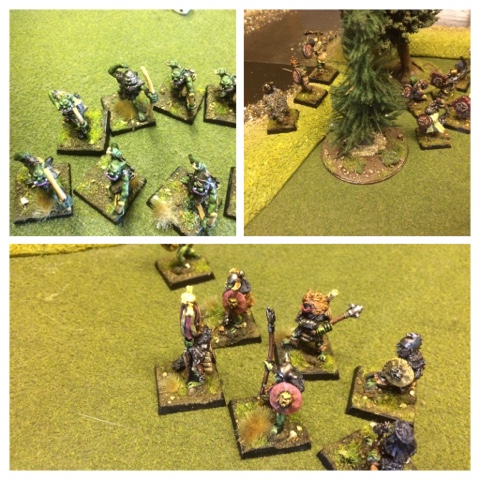 The greenskins looked around at what was left of their force. The Orc Archers were intact but having a hard time making any dent in the Kislevite defences. The Hobgoblins and the Half-orcs were depleted in size but fighting their way into the building would be a thankless task especially with the crossbow ready to whittle them down as they advanced.

Similarly the Kislivites didn't fancy their chances if they left their safety. They were vulnerable as soon as they moved and they knew. We decided it was a draw and called it a day.