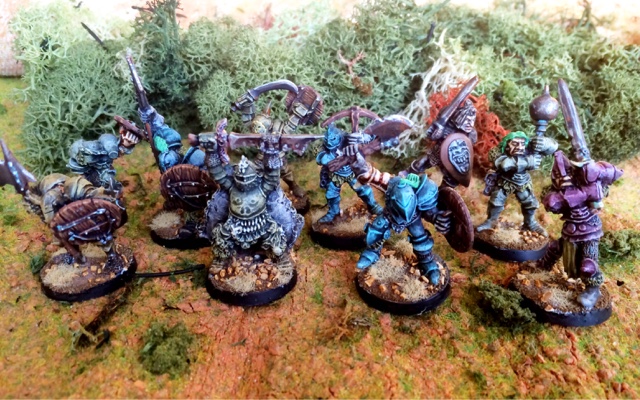 The last of my old school Chaos Marauders had their turn to get finished this week. This 10 takes me up to 25 which is a little more than I planned and with the two standard bearers that are needing pushing over the finishing line, that'll give me 27. Terrible planning on my part. 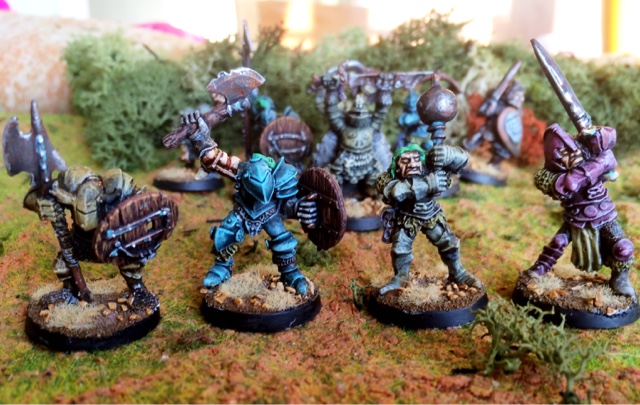 The nice thing is that they are all different sculpts. I haven't bothered trying to identify the sculptors of all these evil nut jobs but I imagine that Aly Morrison was involved in a fair few as well as Jes Goodwin and probably the Perry's on a couple. 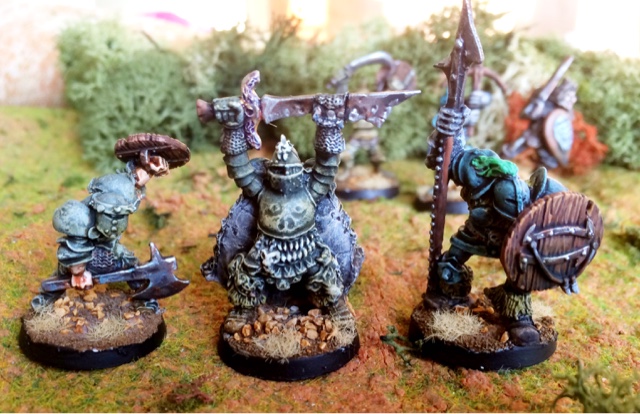 A couple of the figures are rescue jobs including Metalmane in the middle here. They needed weapons replacing for the most part. Some naughty 12 year old of the past needs a good telling off!. 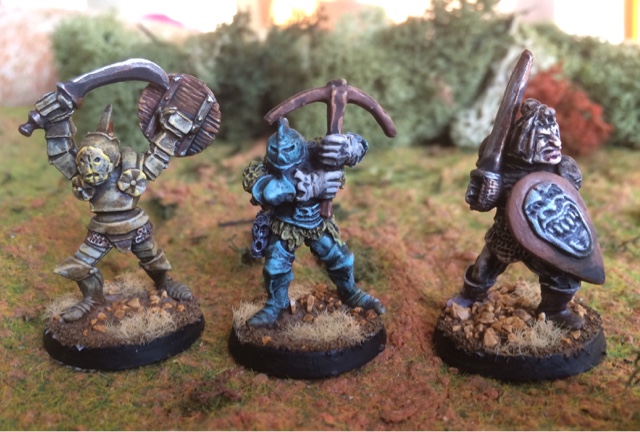 This bloke in the middle appears the wielding either a crossbow or an Anchor. I went for crossbow. He's also one of three variants of this figure that in the unit. Can you spot the other two? 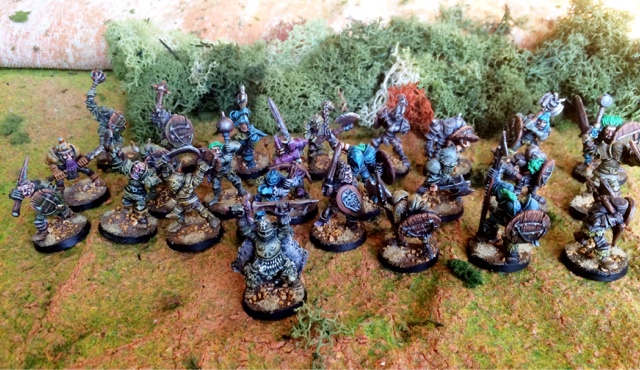 And here are the whole crew. The idea isn't to field them as one big unit but it's nice to know that I could if I wished. They would normally be used in 12's for both WFB, Dragon Rampant and AoS. Giving me a couple of spares for characters if I wish. 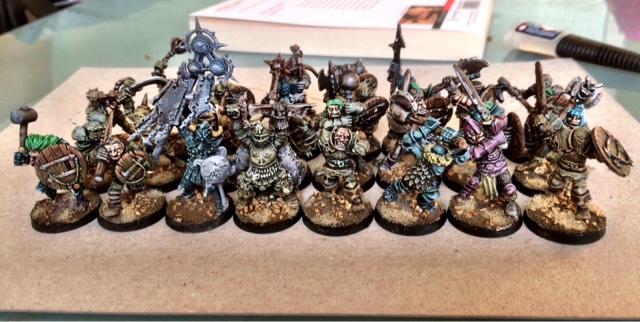 And here they are ranked up as if they were an WFB unit. I'll probably make a unit tray for them to make life easier when it comes to moving them around. Next up is....Well I suppose I should finish off the Blight Kings but the Knights are tempting me.
Chaos army Oldhammer