Buckling your swash in the Emperors name

Even a casual reading of Warhammer or 40K will demonstrate that the writers have a fairly robust knowledge of history and when it comes to playing games it's often handy to have an inkling of historical battles and characters to make your scenarios realistic and interesting. Too often gamers seem to be divided into either historical or fantasy camps with no meeting in between. I find myself being somewhere in the middle. I've done a fair amount of Historical gaming and a lot of the blogs I follow deal almost exclusively in it. Some of them, however, have started to dabble in both which is great. A lot of historical gamers seem to have a bit of Warhammer in their past and and the Oldhammer thing has helped rekindle the love for the old figures and games that brought them into the hobby in the first place. My dabbling in the Dutch revolt has led me to look at other arena's where I can use my figures as I like to have as much flexibility built into my gaming as possible. So where else in the world could a bunch of Spaniards be found fighting against Northern Europeans?

The Spanish were masters of the new world and around the Caribbean they had built a network of new towns and settlements in order to exploit the massive mineral wealth they had discovered. At the same time, Sailors from England had started to chance their arms in cross Atlantic voyages. Ostensibly trading missions, these voyages were paid for by consortiums of sponsors, often including the nobility or even royalty.

The whole idea was to make a profit and if the Spanish authorities weren't going to allow you to trade then the next best way to make money for your investors was to plunder the settlements and commit piracy on Spanish vessels. These kinds of sea borne chevauche's were an incredibly cheap form of attritional warfare, after all, keeping a standing navy was outrageously expensive The captains gained notoriety and while so far from the shores of England, had almost entirely free reign to do as they see fit in order to gain a profit. They were protected by ' letters of marque' which meant that their piracy was legitimised by the crown as a form of warfare (although when Spain and England were at piece the idiom that there was 'no peace beyond the line' was used, the line being he one that the papacy had drawn across down the Atlantic, all to the west of it were the domion of Spain, hence why Brazil exists). 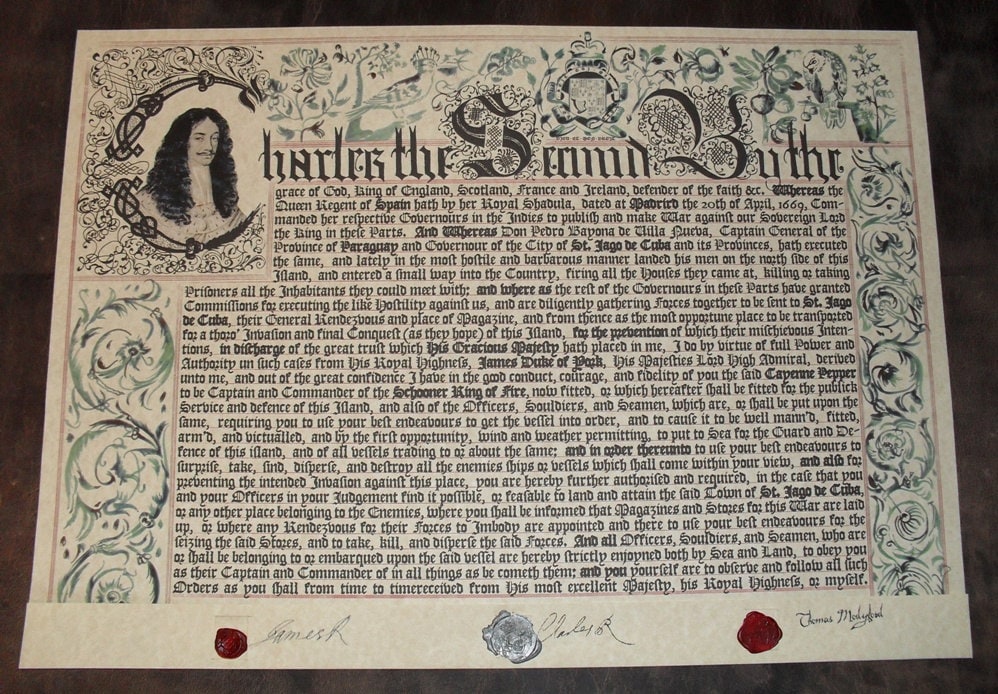 This method of legitimising the efforts of privateers in and around the Caribbean and the Spanish Main by issuing letters of marque continued almost to the end of the 17th century and if it wasn't the English doing it then the Dutch or the French were at it. The buccaneers of the latter half of the 1600's were so successful that Spain's efforts to fight its wars on the European mainland were seriously hampered by lack of in come from its western Empire. By the end of the century it was a sad, shabby shadow of its former self. So, what's this got to do with 40k. Well, it occurred to me that the letters of marque issued to privateers and Buccaneers were essentially the same thing that the imperium issues to Rogue Traders. Often Rogue Traders are painted as honorable explorers doing the dirty work of the Empire, finding new planets and opportunities. They are scions of noble families, pushing the boundaries of human space using the authority of there letters of marque to decide the fate of billions. 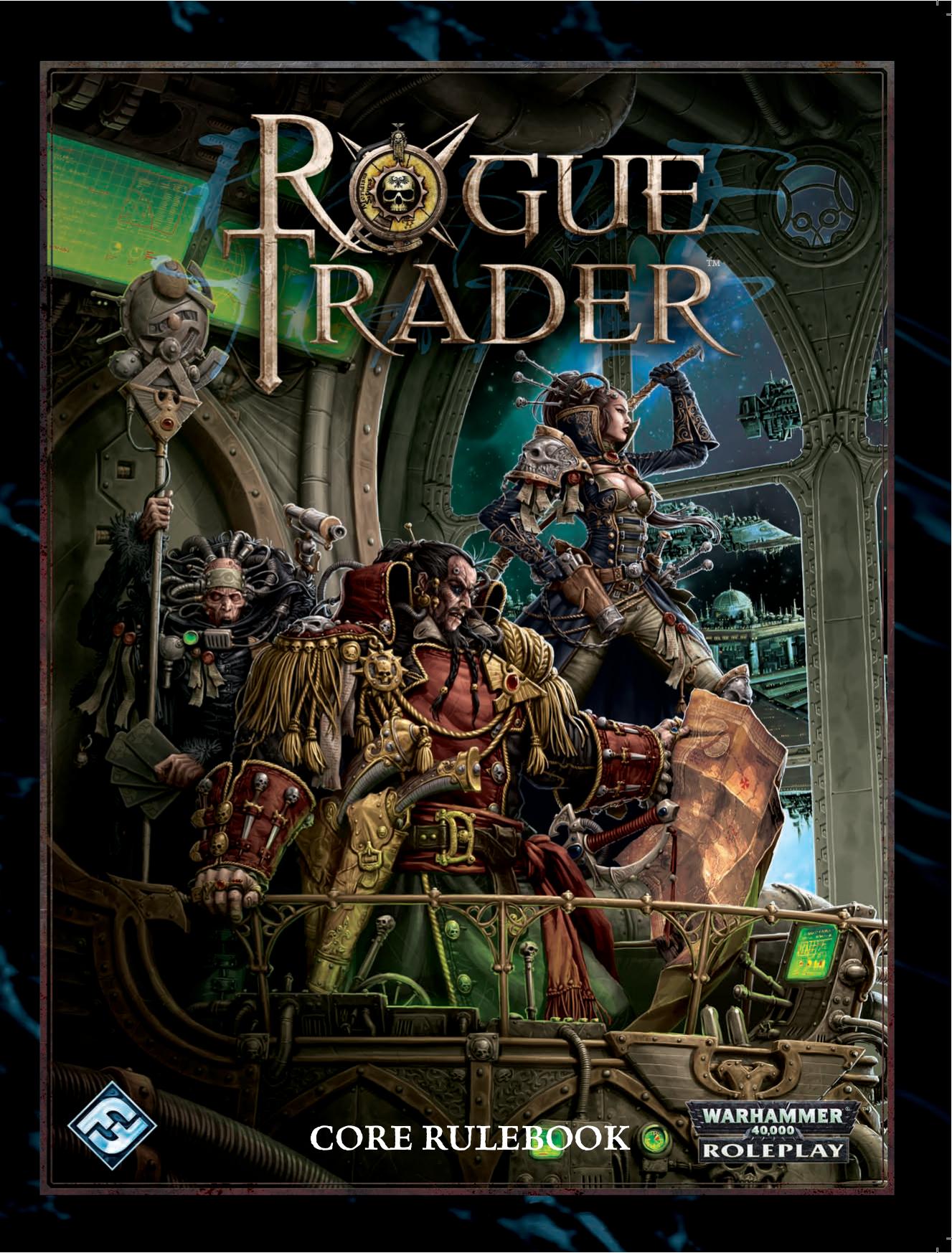 Using our knowledge of history, however, we can reimagine the position of rogue traders within certain parts of the imperium. Think of a sector on the outer edges of a segmentum. Far from the support of the centres of the imperium. You have to make use of the resources you have at hand. You have issues with xenos and you need of a way of dealing with them but the chances of support from the imperial forces are at best years distant and at worst unlikely to arrive at all. What do you do?

The local 'trader' captains use your ports and have the best ships and the toughest crews. If you issue them with a nice official letter of marque then these privateers can become your unofficial navy and ply their dishonest trade throughout the edges of imperial space. Without officially declaring war on your neighbours you can instigate a campaign of attrition and misdirection and obviously has the added advantage of making a bit of money for the governor will still being completely deniable. Forgeries are so easy to come across! 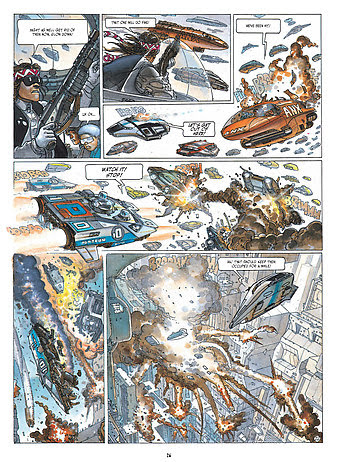 This kind of semi-legitimate, space buccaneer is the ideal kind of protoganist for games of Rogue Trader and are far closer to how I see the archetype than the imperial noble with a hold full of space marines.

Think of the fun you could have with a Space Captain on the make. Plundering ancient xenos burial mounds, keeping the best for himself and hiding it from the local Magos. Lying to the sector governor about the level of profit your making. Intercepting shipments in order to make up losses. Thwarting the plans of your competitors and avoiding the repercussions.

Constantly avoiding the unwanted attentions of the inquisition who are convinced you're up to somthing the emperor wouldn't approve of. Avoiding the attention of the local Ork pirates who you've screwed over one two many times.

This is how I see 'rogue' traders. So much more fun than being po-faced space salesmen or the interstellar version of captain cook! Huzzah!