You have to love Paranoia.

I've never actually played it and I only know about it cos of the Vulture warriors scenario but I still love it.

There is something about the insane future dystopia that has as much validity as Judge Dredd on my vision of a sci-fi city scape. Fuck all that grimdark nonsense, lets add some bright colours and mayhem while trying to avoid getting terminated by the computer. Or the security troopers. Or Intsec. Or your weaponry. Or the other trouble shooters. Or a T-Rex.

In fact it seems that if you actually manage to finish a Paranoia game then your doing it wrong. If you haven't run out of clones by the time you've gone through the briefing, the equipping and the first tentative steps of the adventure then clearly your GM isn't being enough of a cunt.

However, it appears that there is another way to play Paranoia. While perusing and old copy of White Dwarf that the lovely Aiteal donated at Knavecon, I came across a review of a Paranoia Campaign Pack called HIL Sector Blues. The review promised miniatures rules for the game, and being a sucker for that kind of thing I went hunting with a sharpened paypal account on ebay.

What I got was a whole lot more then just some dozy rules for miniatures! 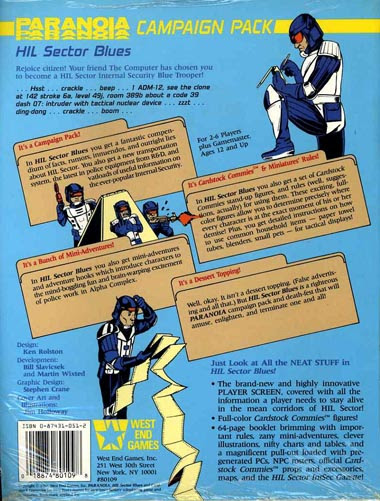 What HIL Sector Blues gives you is a different angle on the Paranoia world by allowing you play as a Bunch of INTSEC goons, running around in some cool blue armour, doing the computers bidding by offing commie scum and mutant wierdo's with your super reliable laser blasters. The fact that you are 'THE LAW' means that your PC's have a certain survivability plus you get to use these cool models as your characters!

Which, lets face it, is all we've ever wanted to do with them.

This got me to thinking about how I could build all this good news into my games. Just imagine, your players have turned up and they each get a couple of INTSEC troopers and their transports. Maybe a hover car or maybe some bikes. They get notification of some shit going down in their sector and have hotfoot it to the right spot in order to stop the Heist. Just as they are nearly done bagging the commie scum another notification comes in that a bunch of mutants are attempting to reprogramme a docbot so that it gives everyone three eyes when the visit with the sniffles. Then another call comes in about a vendor selling soylent popsicles out side a school! Your players have to decide which alerts to tackle. Arrest or kill.

Ok. Forget that. How about we look at the promised Miniature rules for Paranoia.

There are no 'rules' as such. However there are a couple of unique ways of playing Paranoia using miniatures or, if you don't feel inclined to but the new figures from Grenadier and Citadel, then how to play games with the Cardboard Commies included in the pack, ingeniously designed card markers designed to stand up all on their own!

The first method that the great guys at West End Games suggest for playing Paranoia with miniatures is to use your entire house as a gaming area. Alpha Complex is an immense futuristic city and HIL sector would roughly be the size of your house if it was scaled to 28mm. To aid in the transformation why not use a handy roller and some model paint and colour your carpets to suit the clearance level of particular areas. Use black electrical tape to mark out Infra-red corridors and and paint Red, Yellow, Orange etc into various areas of your home (or more likely your parents home) and have the figures wander around in their hover cars looking for the R&D section hidden in the kitchen cupboards or the red light district underneath your parents bed. If, for some reason, your parents object to this kind of expression of your creativity, there is also the suggestion that you play in the public library. There is even a handy little permission slip included that you can wave in the face of anybody who objects. 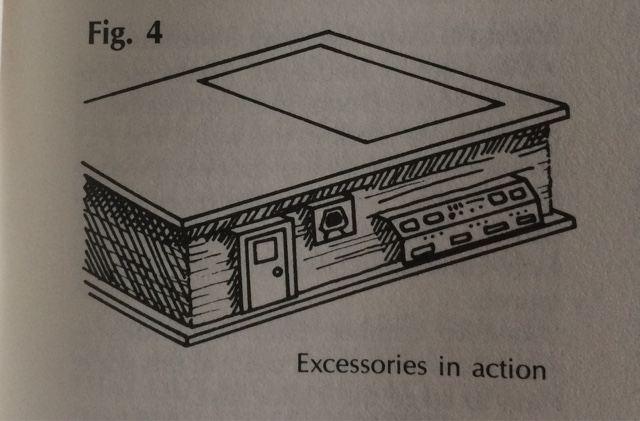 Assuming that you quite like your parents or your life and liberty there is also a second option. The second method involves building corridors and rooms out of piles of books. The books should be laid out with the open page edge facing in the way so that small cut out accessories, such as doors and computer consoles, can be shoved in between the pages. The book should be nice and thick to give the correct scale to the figures and should be colour coded for the security clearance. A nifty little idea. 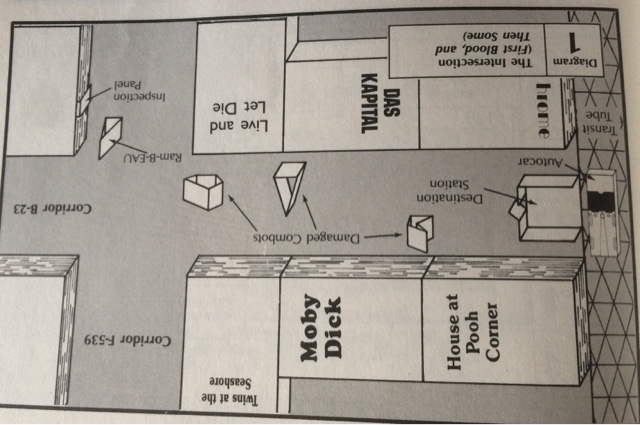 The concept messes with the whole idea that to play a miniatures game you have to rely on the suspension of disbelief which is what we do all the time. We create intricate, realistic little realities for our perfectly painted little people and we fool ourselves into thinking that it makes what we do more 'serious', more of a hobby or pastime. Bollocks. Lets face it we play with man dolls! It's time we admitted it to the world. We are overgrown five year olds with responsibilities and seriousness thrust upon us! We can barely believe that there was no moment of great awakening where we magically exited our chrysalis as a fully formed adult with a finely honed sense of seriousness and the trappings of youth cast off as a embarrassing phase. In reality we are just little boys and girls wearing grown up clothes like David Byrne in his big silly suit. 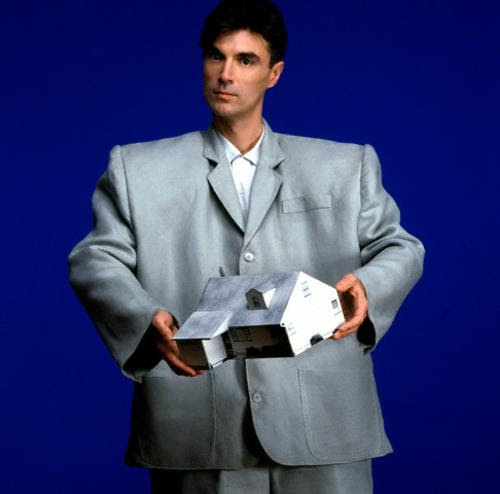 All we want to do is cast off the weight of the adult expectations and indulge in play. Making futuristic cities out of piles of books and enacting some ridiculous scenario with our man dolls is all we ever want to do. Next time your other half asks you on Saturday morning 'What do you want to do?' and you know that what they want to hear is 'I want to cut the grass / go to ikea / go shopping', look them straight in the eye and tell them.....


'I want to build a space station and kill the goodies with my super evil man dolls!'
Other games