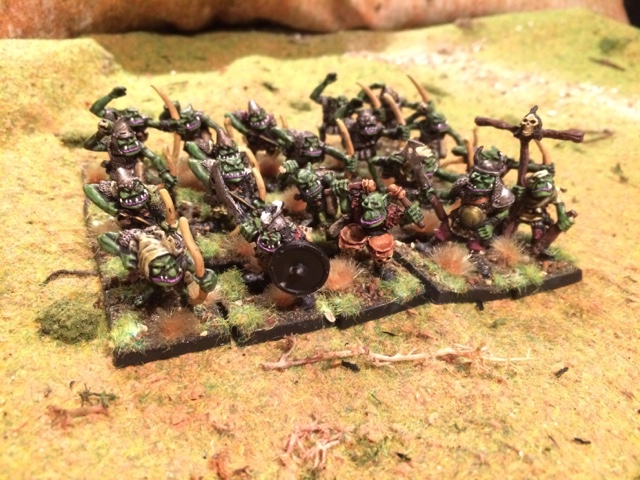 Fnar Fnar! I missed orctober again but I have managed to complete an Orc regiment just over a week late. You may recognise these sneaky pigstickers as Harboths Orc Archers, one of the classic old school regiment box sets.

I didn't actually get this regiment as a set and have built it up as eBay buys over the years so there are a couple of guys in there that probably aren't original members of Harboth's boys. Still they fit the regiment so they've made themselves at home. They are going to a mercenary unit in my Hobgoblin army. Hopefully my opponents will be lured into underestimating them as, lets face it, they are only archers but a unit of 20 Orc's with shields, light armour and hand weapons with a couple of characters in the front rank are fairly handy in a fist fight. As of yet they have no shields (they are on route) and are still waiting on a banner but I'm going to call them finished for now. 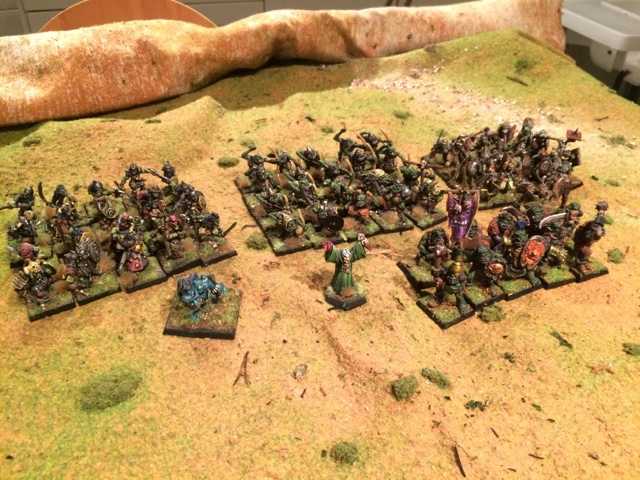 This is the army so far. From left to right Hobgobs, Troll, Orc Archers, Half-Orcs and at the front, Black Orcs and a newly painted Wizard. 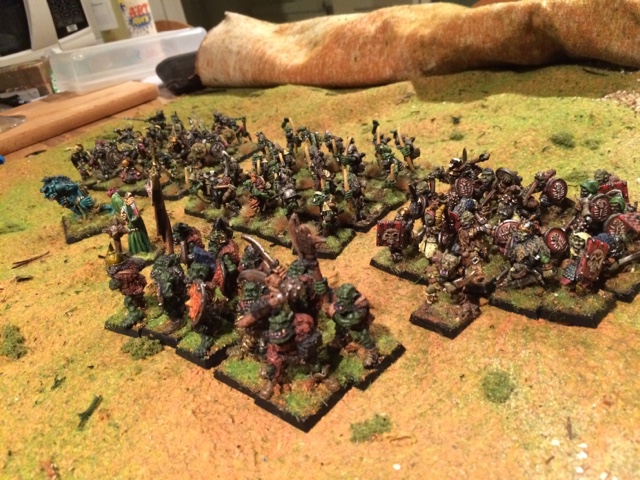 The wizard is going to be a general purpose baddie but in some games he will be a vengeful spurned villain returning with an army of green skins. Essentially I just like the figure. My wife started painting him on a whim and he has since been ignored so I decided to finish him today as aI was finishing off the Orcs. 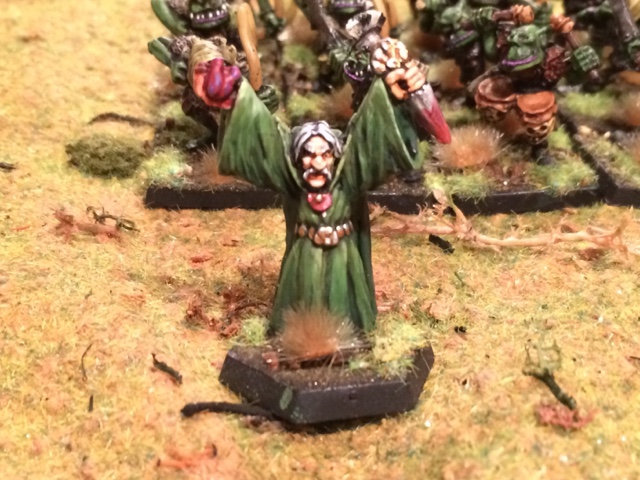 So whats next? Well I've goy so chivalric stuff coming up soon so i'll share those figures when I get started and the it's on to another Hobnob unit, either more Morrison figs or more likely Throgg's Marauders. I'm quite looking forward to them.

Finally, just because of the double entendre post title....