November 16, 2015
Spurred on by rampant miniature envy when Axiom actually painted one of the Marauder Psyker Gang figures I dragged the brushes out slapped the pigment on two of the gang.


The guy on the left makes me think of Elmer Fudd for some reason and I'd done 90% of him but for some reason didn't get him finished. The guy on the right already had his flesh done (I tend to do batches of flesh on models, no idea why, just habit) but his weird outfit had troubled me so I hadn't gone any further. When Axion did his i was able to read the sculpt a bit better and was able to get both figures done in an evening.

Where Axiom invoked Elton John I instead see the psykers more like classic 70's Eno, between the original Roxy line-up and before he went all ambient. He did a series of 'rock' albums that are amongst my favourite records and 'Here come the warm jets' (a metaphor for having a piss) was the first so I'll quite happily pinch it as the name of the gang. I think i'll name the gang after characters in the songs as well although i'm not sure 'The fat lady of Limbourg' will fit somehow. 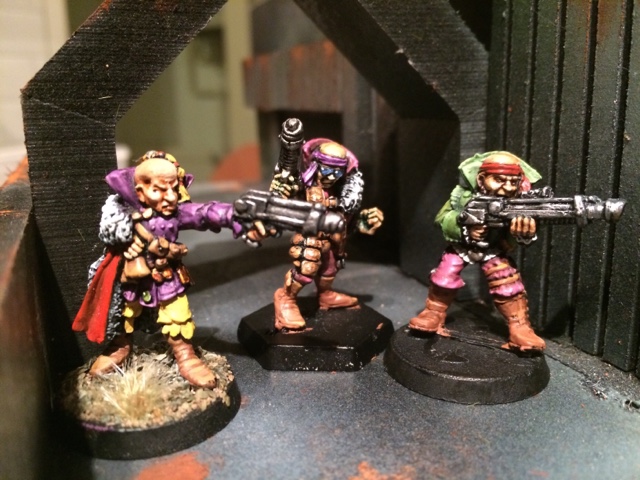 Here are the Warm Jets so far. I'm going to base (or in the case of the first figure, rebase) them when they are all painted.
Which means I have to get this guy painted and roll up the gang proper to see how many members it should have. I have already done it once and got 4 psykers and 1 non-psyker so I reckon I'll stick to that as I've got the figures to do it with. 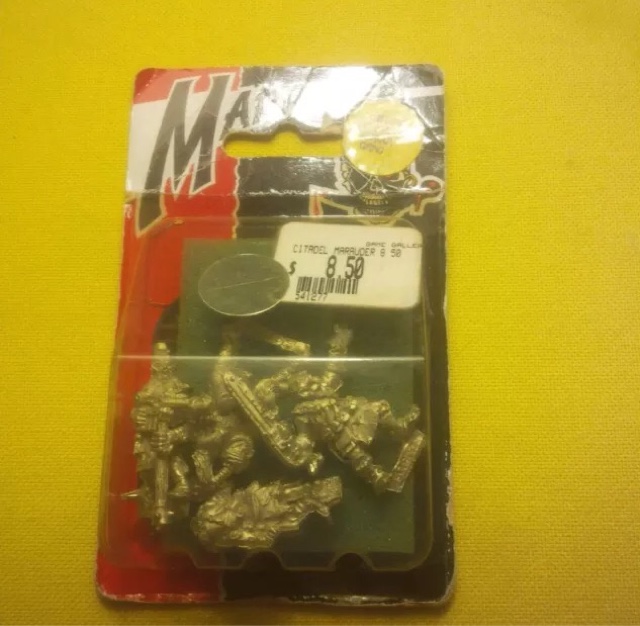 In other Confrontation news I won this on ebay yesterday. Yep. thats an New in blister Marauder scavvy gang. I'm so looking forward to getting my hands on these guys and adding them to my growing crowd of bottom feeders. The plan is coming to fruition!
In addition to this Myself and some other Confrontation fans have set up a facebook group to talk about that very subject so if you want to come along and chat it'd be very nice to see you. 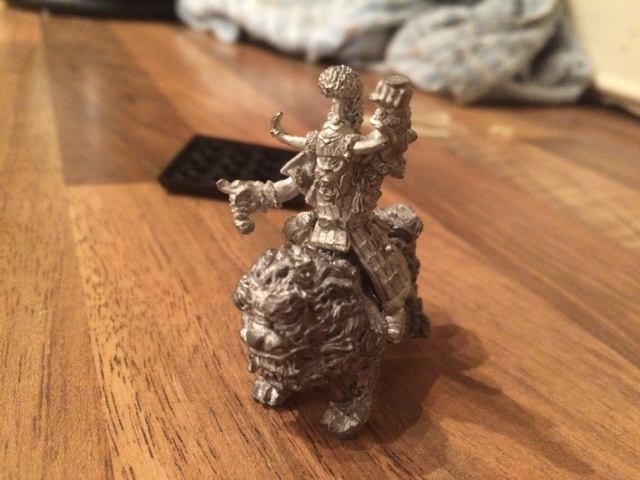 One more piece of hobby news, as I was reviewing my mounted troops for my hobgoblin army I realised that I had a copy of Ghazak Khan just as my Temple Dog came in the post. A match made in heaven!