Shit! I forgot to give this post a title!

A bit of a confession.

I've never had a fantasy army.

It needed saying. Don't get me wrong, I've tried.

I started off with the regiments boxed set when I was 13.

On top of which i had some random humans and some chaos dwarves but nothing that could be called an army. Sure we played plenty of fantasy RPG's, D&D, RQ, WFRP and the like. 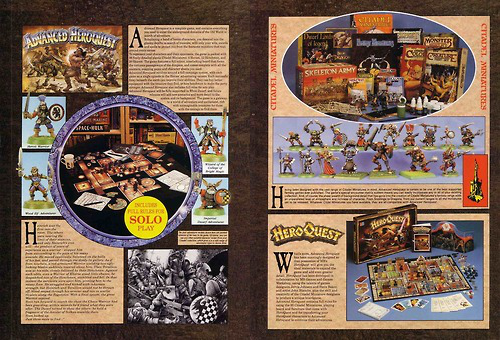 We played a load of Heroquest and especially advanced Heroquest and we had some figures to represent characters but that was about it. What I did focus on before my hormones enforced a 15 year hobby break was sci-fi oriented and mostly Orky at that.

When I was pulled back in to 'the life' it was 40k that was my hook. And it was that I concentrated on. I had several armies and enjoyed 4th edition for what it was. I was well aware that I 'should' have a fantasy army though. And I tried.
I bought figures for an Empire army. I even glued most of them together.
I bought tilean mercenaries and sold them or turned them into italians.
I bought some chaos knights and used the bits for conversions.
I bought and painted some bretonnians.....but they were for a medieval French army.

All failed to ignite enough interest in me to get them finished.

In recent years Oldhammer has relit my interest in gaming. I've collected figures like a man possessed of endless credit. I've collected enough figures to make an impressive Horde of Greenskins. I gathered enough followers of chaos to invade a minor fiefdom. I've located enough men of the Empire to make a decent move for the crown of an Elector count. I've bought more bretonnians to convert my French to the ways of the magic lands (the nearest I have come!).

I just can't get them painted. I don't have the discipline.

All this means that I've never been fully immersed in the Warhammer Fantasy Lore. I know a fair bit about the old world from WFRP but the characters and stories have mostly passed me by.

Which means that all the recent kerfuffle over the death and rebirth of Warhammer Fantasy has kind of left me cold. A dear friend of mine followed the End Times religiously and regaled me with the shocks of great characters deaths. Most of these tales were met with a puzzled frown from me and request to explain 'Who's that again?' which simply made it more confusing as the frame of reference was simply more people I had never heard of.

I really didn't have a horse in the race.

And now GW have come up with the next big leap in wargaming and given us the Age of Sigmar.
Now on paper it sounds like this is my way in to Fantasy. At last a game where I can have an army of a reasonable number of figures. A game where I can base my Fantasy figures on round bases so that I can use them in my RT games without suffering aesthetic-centered base guilt. A game where the rules are brief and to the point, only 4 pages! A game where the lack of points means that I won't have to deal with army list savants producing the best kill-em-all, stat-proof, excel spreadsheet based army of mega kill! 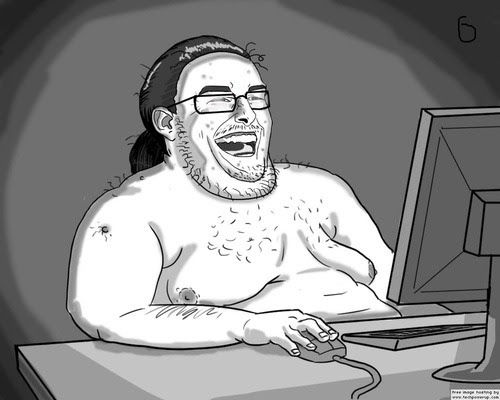 It all sounds so good on paper.

Then I saw the miniatures.

Now. I'm going to put on a hat that I rarely wear on this blog. My designers hat. I trained as a product designer and I had an aesthetic sense nailed into my forehead by hours of design history lectures. 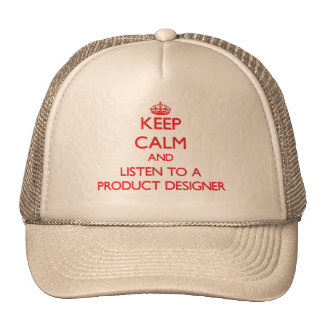 And that was it for me.

The RT games that I'm interested in features Humans struggling to deal with their tiny little place in the overwhelming expanse of the galaxy. The Pathetic aesthetic. It's what makes it interesting for me. Give a human a little bit of training and an autogun and lets see how he deals with a screaming gene stealer patriarch. Lets give some raging green mentalists some randomised technology and watch them try to bring their blunt-force-trauma style comedy to a hive world near you.

And that is the kind of thing that has all so nearly got me into fantasy. Humans dealing with all sorts of monstrosities stomping on their crops while still trying to deal with the Machiavellian politics of state hood.

So the decision has been made for me.

I'm going to try and get a fantasy army painted and only the table over the next couple of years. Cos lets face it, I should really try and finish one army for 3rd edition before the 30th anniversary!