Has OldhammerFB Jumped the Shark? 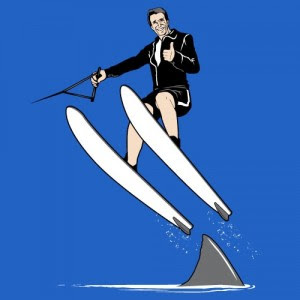 Well? I think it's a reasonable question.

Oldhammer as a thing has several different limbs.

You've got the Forum which is huffing and puffing away like a gregarious old uncle. Still full of ideas an full of friends and funny names. Like going down the pub with a secret society and being infected with all their mad little ideas. A place that links the blogs together and acts a message board and gathering point.

You've got the Google+ community. The cool nerd cousin that you don't quite understand. (well thats how I feel anyway)

And the you've got the Facebook Group. Or to be more precise, Groups. There are at least 4 groups that have the Oldhammer name and one that has spawned in the last week in addition to the several others that have grown like saplings from the main tree. The main group however is the biggest of the  Oldhammer groups by a huge margin. As I write this the group has 3,251 members. The forum only has 1118 users.

In the last couple of weeks I have noticed that I'm not enjoying the group anymore. It has become a place that seems to be fighting to maintain it's individuality. The way Facebook works is that when you join a group with a focus, it automatically recommends other groups to you. So if you join one Warhammer group you get offered others. Oldhammer has become one of these groups to be recommended and the vast majority of newer members have little or no idea of the original themes and ideals. These newer members have brought their own views on Warhammer and their own agendas that they want to discuss along with the age old questions "Does this count as Oldhammer?" and "I've just found this old figure, how much is it worth?" You can't blame the moderators. The guys have worked tirelessly to try and keep the group on track and defuse any raging arguments but when you are talking about the population of 3 decent sized secondary schools being kept in line by 3 or 4 part time teachers there are going to be problems. The guys are becoming fraught and exasperated and it's shown in the last couple of days.

The appearance of Age of Sigmar caused a host of threads wishing to talk about it's implications and many couldn't see the problem as the group was about Warhammer so why couldn't they discuss it? This caused upset and infighting, complaints and splits.

The reason so much upset was caused was because we have so many people with divergent views trying to cram their thoughts into a tiny niche of a tiny niche.

The popularity of the Facebook group makes it incredibly difficult to keep everybody 'on message' about the group of games that the group are trying to focus on when a lot (I think it may even be a majority) of the members are discussing other stuff with other friends on other warhammer groups.

The storm (in a teacup) that the AoS posts caused look like the first sign that the group may have outgrown it's origins and it's original fans/advocates.

The second sign was a rather odd couple of threads that appeared over the past couple of days. 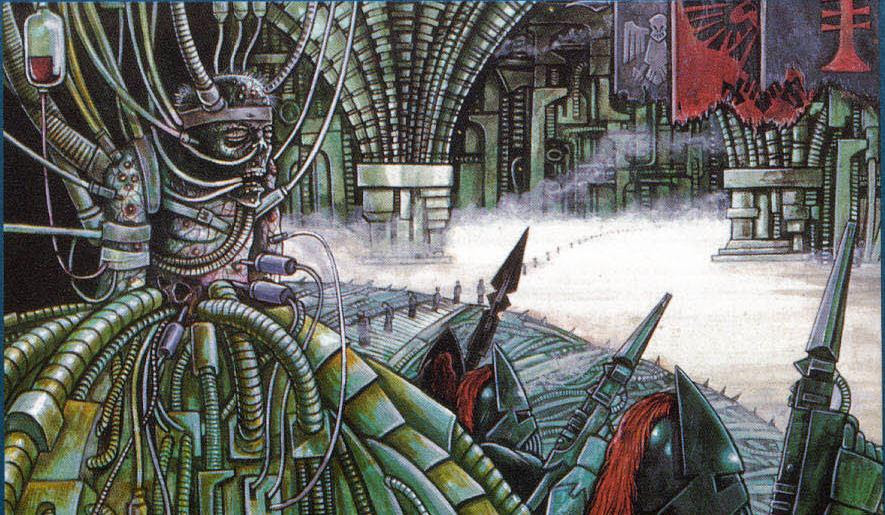 The first involved a discussion about the above illustration from the Rogue Trader rulebook. A variety of posters guessed at the artist responsible for the piece. Many of the guesses seemed a bit bizarre. I simply put it down to enthusiastic errors. We who poured over the old tomes new the styles of the illustrators and all had our favourites (Russ Nicholson and Paul Bonner for me) but the posters seemed to be way off the mark. When a couple of posts hinted at 'Pre-Blanche 40K' and that the old stuff was hilariously stupid, I had to check where I was for a second. Things only got more bizarre as none other then Rick Priestly confirmed that the artist responsible for the above image was in fact Dave Andrews only for the fact to be questioned and doubted over and over again. It took all my willpower to not post a facepalm. 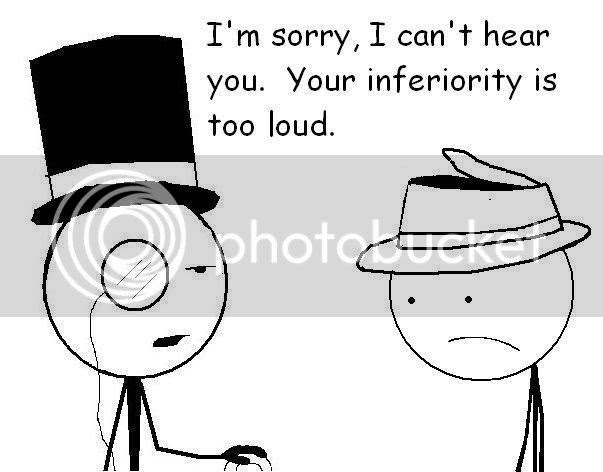 B) Just cos Rick says it is so does not mean it is gospel.

However the wrong headedness of that thread was astounding.

The second thread that came in guise of one of the Four Horsemen was one about the Book of the Astronomican. What started off as discussion of the merits and rareness of the above book descended into a troll war about sexism and resulted in stropping off, half felt apologies and and multiple thread deletions. Sexism reared it's head in another thread that featured a cake (honestly) and resulted in several summary ejections from the group.

Is there an answer?

It's just the way things go. Things change. As people are attracted to the group the personality of the group will change. We're not a school of fish all trying to avoid the same predator, we all have our own directions to swim in. We aren't all worried about the same shark.

Not until we Jump it.
Oldhammer