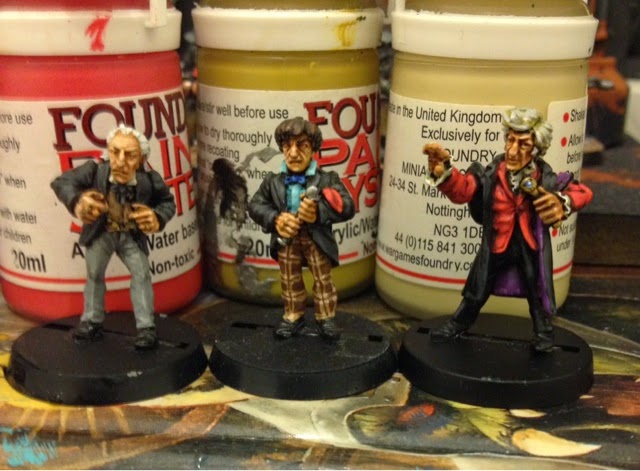 Well over a year ago, I spent my stag weekend at one of my Best mates house's. We spent the weekend drinking and playing games and searching through his horde of Oldhammer goodies (his parents hadn't thrown all his stuff away!) lurking in one of his tubs were these old citadel figures of the first three doctor who's. I volunteered to paint them for him, but in reality they ended up in my lead pile instead. His birthday was on the 1st of January (same as my eldest daughter and ironically his dad!) so I decided as part of his pressie I'd finally get round to paint them up.

The sculptors have done a fabulous job of the actors faces (William Hartnell, Patrick Troughton and John Pertwee). They are easily recognisable and full of character. They were originally produced in 85 to support GW's release of Fasa's Doctor who RPG.
The figures were originally released in little tardis boxes.

Fasa released them in the states and GW in the Uk with Fasa figures having solid bases rather than slottas. Some of them are even still available form here.

Here is the advert from white dwarf 76 (the same edition as the extra McDeath scenario, fact fans) that shows off the first three doctors and the daleks (i'm pretty sure the mate in question has a couple of these) as well as some charming Ice Warriors. 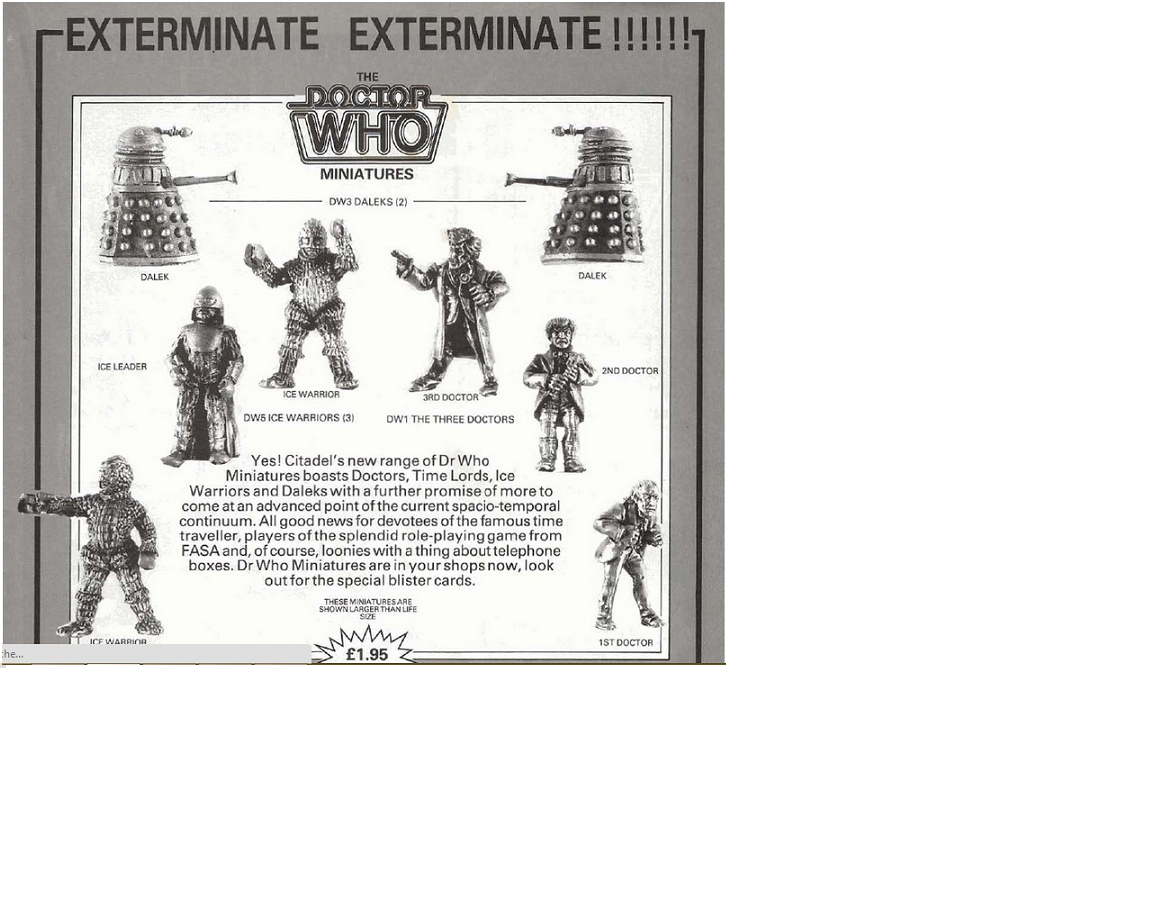 This ad shows what else was in the range. Unit troopers, Sea Devils, Companions, K9, The Master,, Davros and another two doctors (Tom Baker and Peter Davidson)! For some reason the latest incarnation (Colin Baker) is ignored (but who'd want to paint that outfit?).

However the range also included these figures.

These guys ended up in the Judge Dredd range as citi-def troopers.
And at least 11 alternative Timelord Figures for Player characters. Here are 6 of them.

If you follow the link you'll find the entire range painted and on hex bases! Proper!

And did you know that citadel also did a plastic boxed set of Dalek's and Cybermen? Surely this would make it one of citadels first placcy sets? 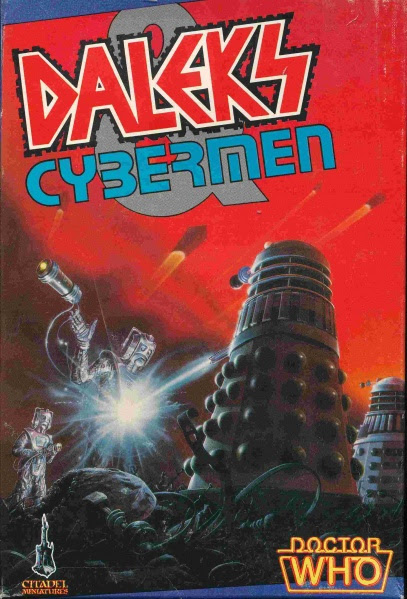 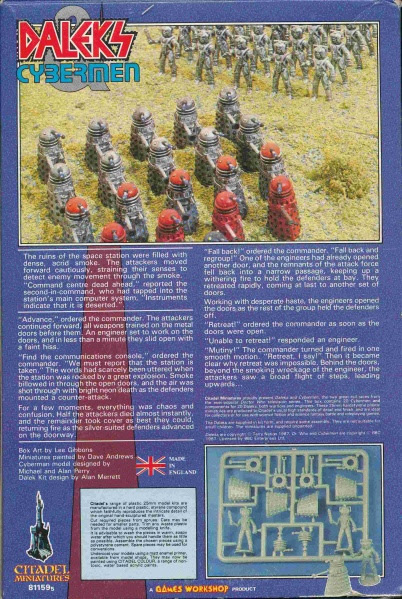 So there you go, more citadel obscurity for us to lust after. Cheers.
Doctor who