December 24, 2014
Rather than a Christmas post I thought I'd catch up with what's been going on in scavvy land. 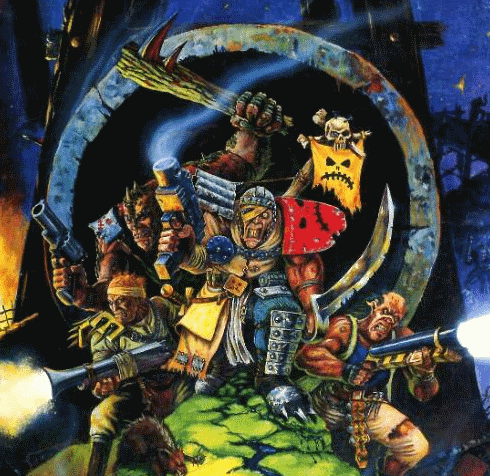 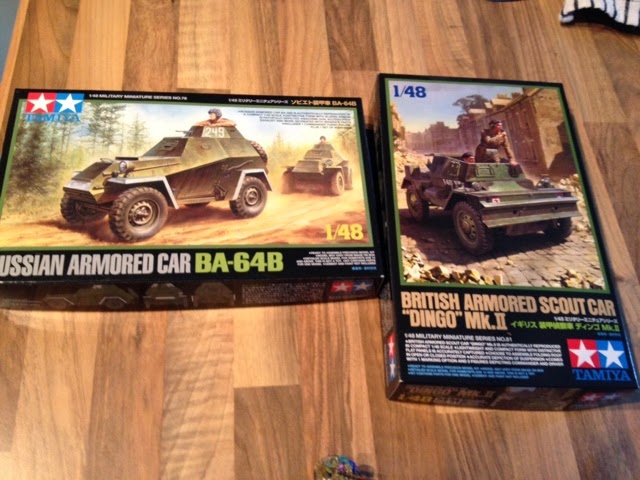 First up is the two rides that I'm building. I bought two 1/48 armoured cars that I'm going to kitbash into desert raiding buggies. 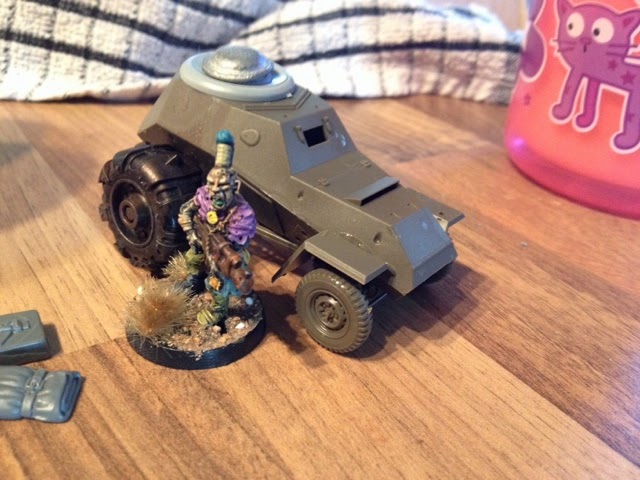 Here's the first one. Pretty simple so far, rear wheels have been replaced with a couple of Orky ones. I'll use some plasti-card to make a top hatch and add some plates and bits and bobs. It'll just be a two man zoomer with no fixed weapons just the passenger shooting out the top. 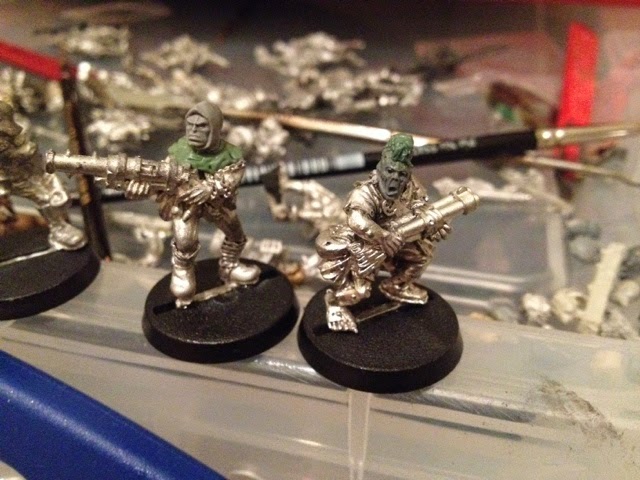 I've also done a couple of conversions, one from a digga and a bretonnian head and the other is a scavvy and a mantic ghoul head. Both have then had some green stuffing done. 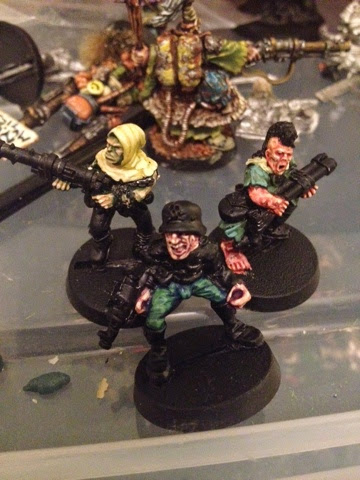 I've even managed to put some paint on them and an older JD fig that will be joining the crew. 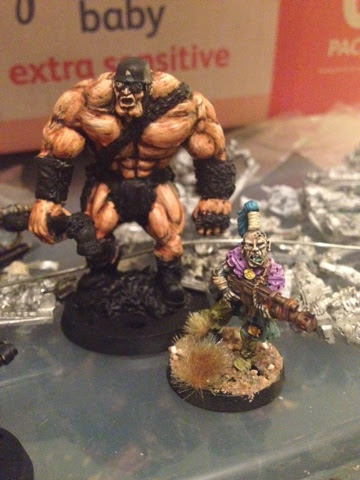 I also got a delivery from Thunderchild miniatures and started to paint up this Mutie brute which will count as an ogryn and add some scary muscle to the tribe. 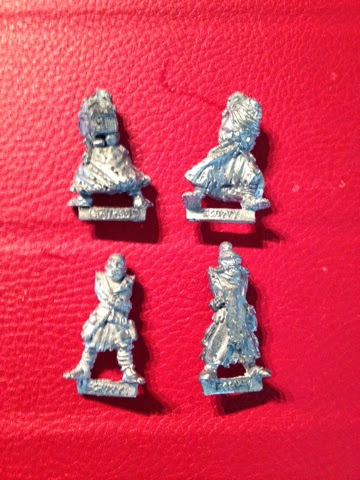 Another delivery contained 4 of the confrontation scavvies I talked about a couple of posts ago. These are the original release figures and were sculpted by Jes Goodwin. All this range of figures came with plastic arms (gw were very keen on this at the time, god knows why) and the arms that came with these guys were skinny and pathetic. So I figured I'd take the plunge and try and sculpt some myself! (I may regret this) 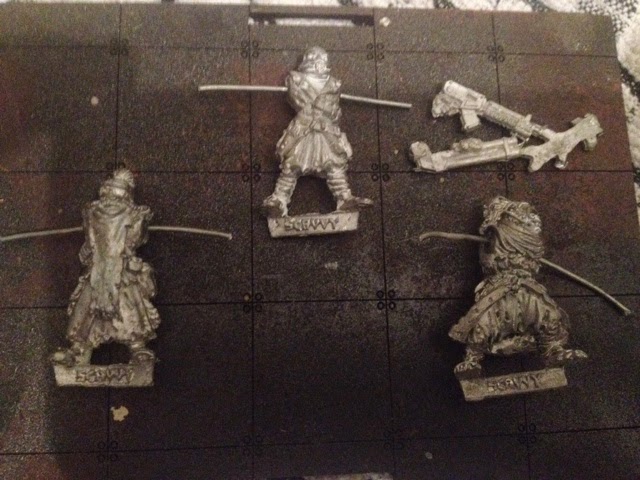 So first things first. Drill holes in the shoulders and add some wire. I've got some of the necromunda guns with hands attached which saves me the job of sculpting them. 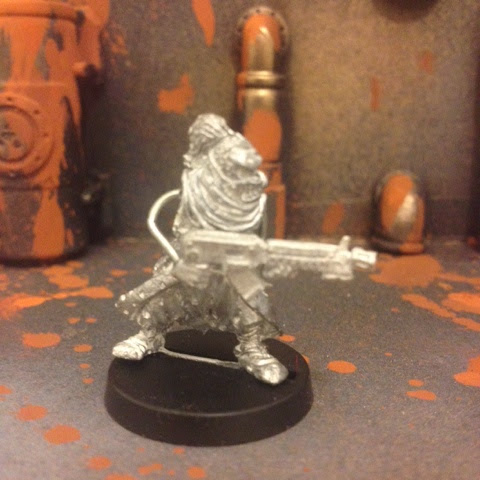 Bend arms to shape and glue them into matching holes drilled in the hands. 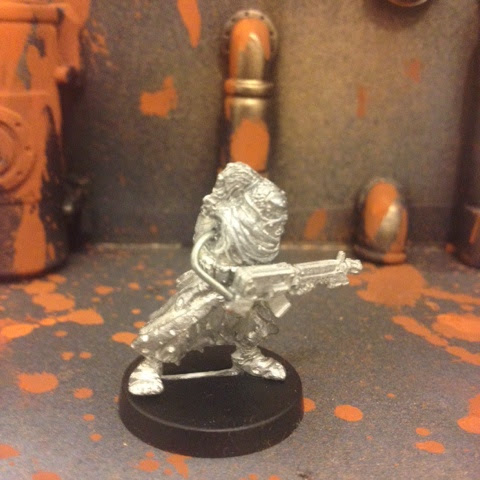