Press ganging the crew of the Prince of Foxes 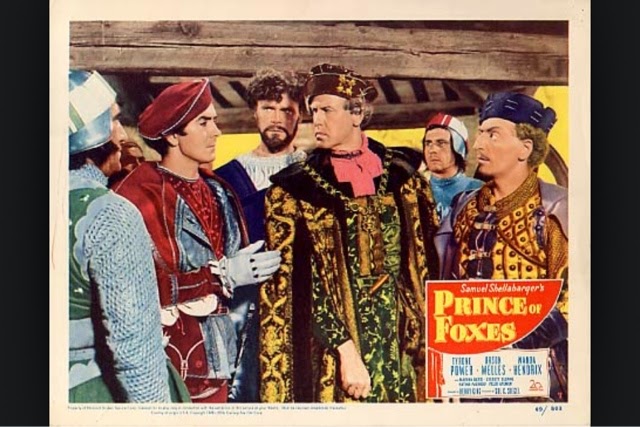 With BOYL15 having been officially launched its time to start looking at getting stuff organised. One of the games that I'm hoping to take part in has been dubbed 'warhammer ahoy!' And is essentially a big old game of fantasy 3rd ed but with ships! Yay!
I'm putting together a ship from Marienburg called 'the prince of foxes'.
The name comes from a film starting Tyrone Power and featuring Orsin Welles and based on a novel by Samuel Shellaberger. Set in early 16thC Italy it's the story of a Condottiere in the service of Cesare Borgia. He is sent to a mountain top city (filmed in San Marino) in an attempt to bring the ageing duke to the Borgia side. The Condottiere falls for the dukes young wife and when his background as a commoner masquerading as a member of the Orsini family comes out he is betrayed by some of Borgias other men but escapes and returns to fight in the defense of the citadel. 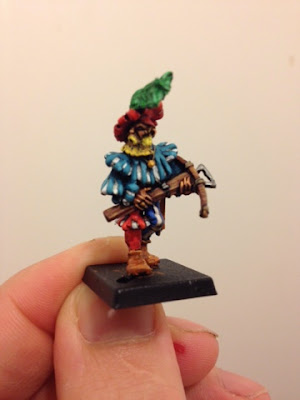 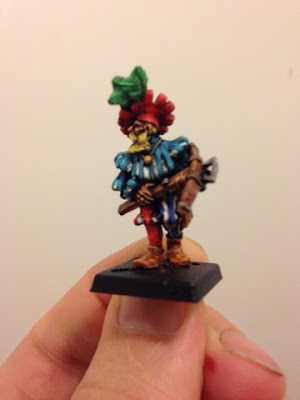 To crew my ship I've invested in some of lead adventures landsknecht figures. I'd already bought 10 crossbowmen and i finally got round to painting one of them. Hopefully the rest will follow. All the puff and slash is a right faff but that's the way these rich mercenaries dress! 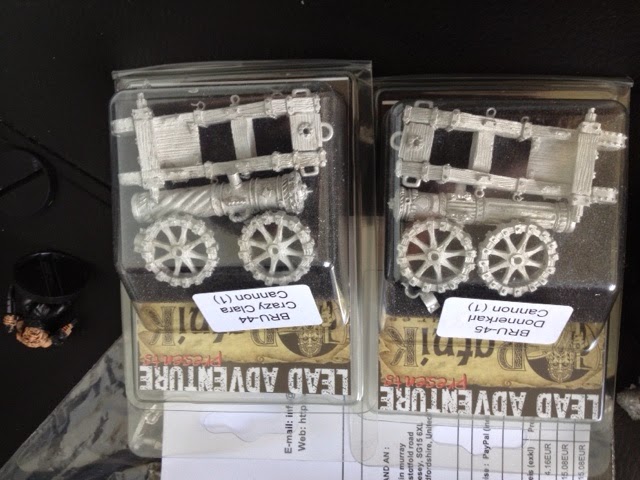 In addition I bought a couple of their lovely cannons. 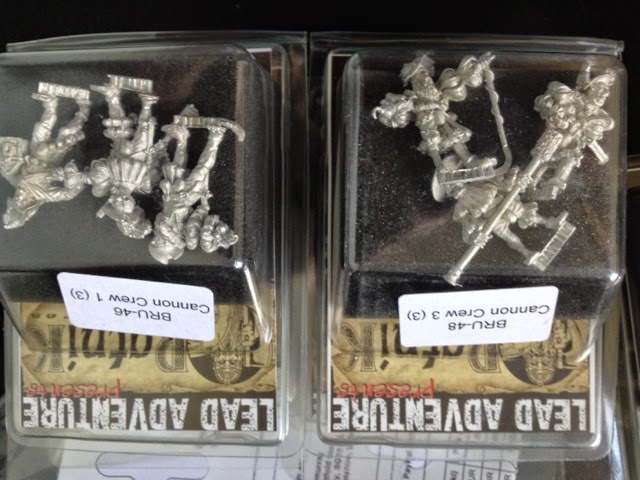 As well as a couple of really characterful cannon crew. 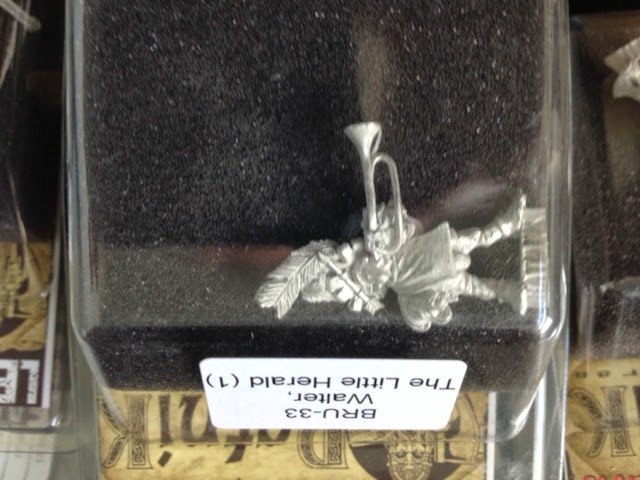 A herald to parp out orders round the ship. 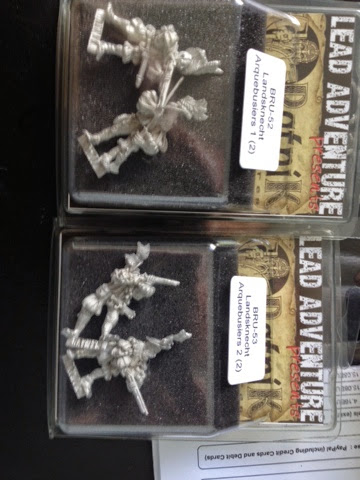 And some Handgunners for sniping at other ships crews. 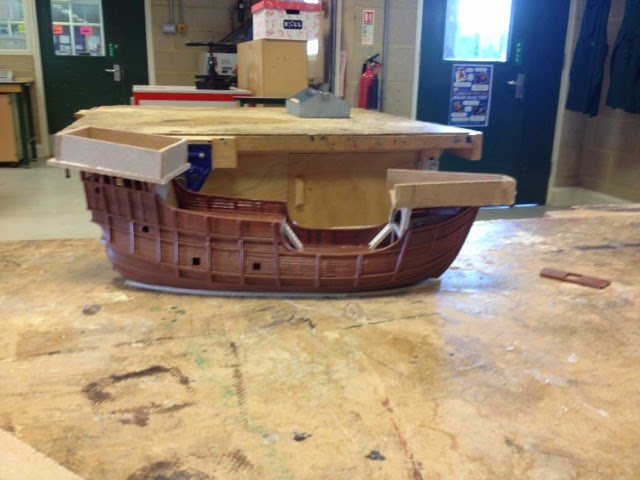 And here she is in dry dock. I've still to add detailing to the extra decks and the start building the masts and adding additional detail. I reckon a cannon forward and aft will scare the pants off if most of the opposition. 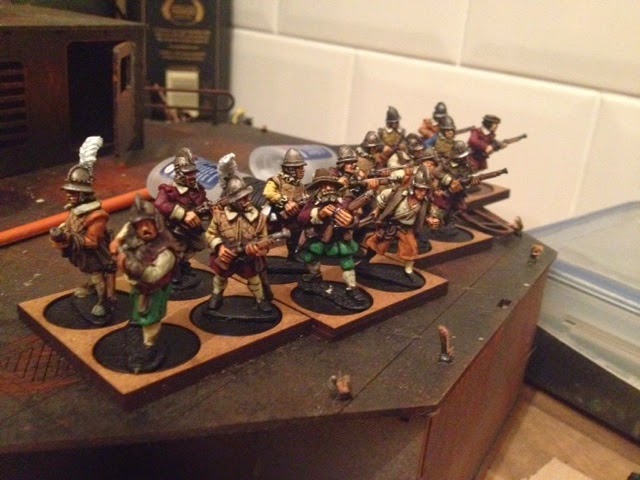 Just to show that I've not been utterly idle I also painted a company of arquebusiers for playing Elizabethan Donnybrook. 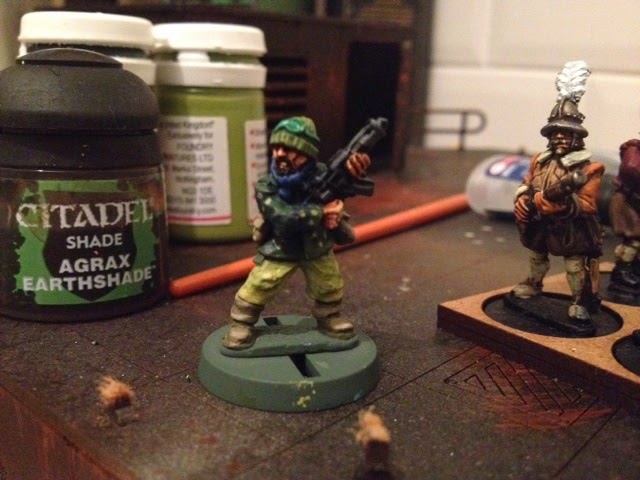 And I also painted a copplestone militia figure for playing Judge Dredd. I'll paint up another half a dozen or so figs as a city-def unit. I've got figures that I can use as wasteland scum types as well. However I've decided not to set all my games in megacity one. 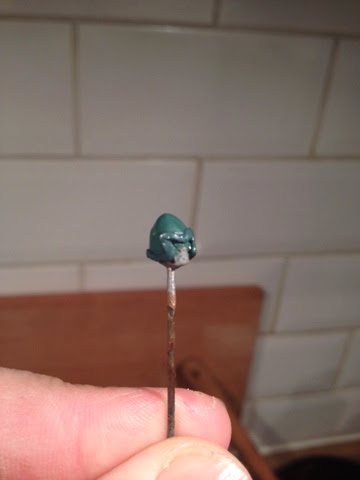 This is a bit if a clue. I fancy setting up some scenery to see if it works.