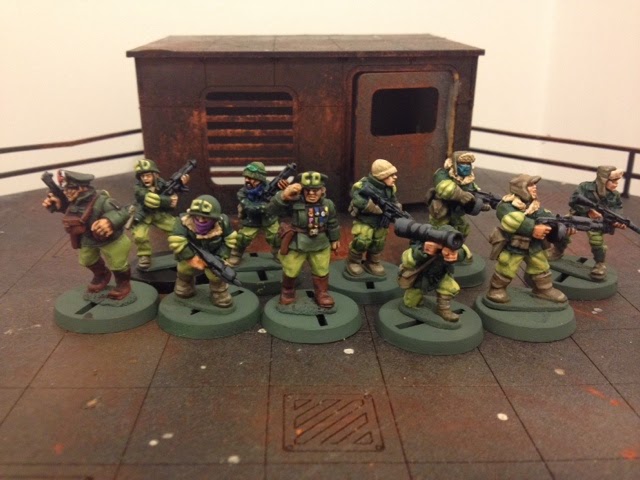 Apart from basing I've managed to finish up my citi-def unit for Judge Dredd, another game that wants to be played. Although some of the mongoose figures are nice (I really like the apes!) I couldn't justify spending loads of cash on a whole load of new figs that I wasn't entirely convinced by and that I also had a perfectly good set of figures for. The citi-def are all from the copplestone castings future wars range, mostly neo-soviets with some scavengers. I've had these figures for ages and I'm really chuffed to finally get them painted. I did a bit of green stuffing for the lettering and some elbow and knee pads for that 2000ad look. 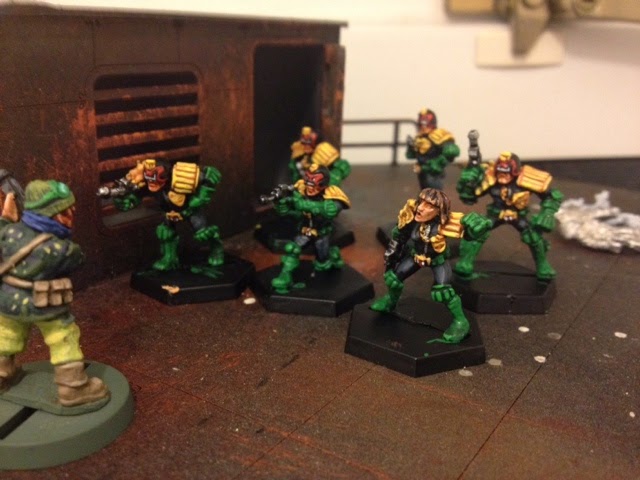 If these rabid gun nuts get a bit carried away and decide to start a block war the judges will be round sharpish to sort the out. 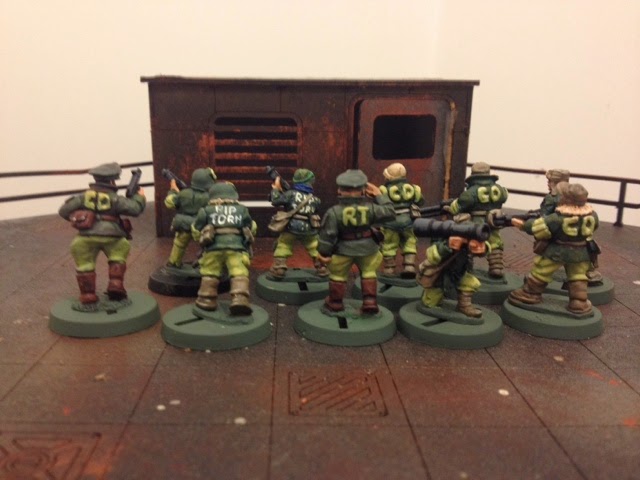 As you can see the boys are from Rip Torn Block. The scummers from Angela Lansbury Block better watch out! Hopefully I'll be having a game next week. So keep your eyes peeled!
2000ad Judge Dredd