August 27, 2014
While I was in the midlands the other day, Linz presented me with a box of 'stuff'. Apart from the landraider (now my sons of Horus have two! Yay!) there was some lovely metal treasure as well. 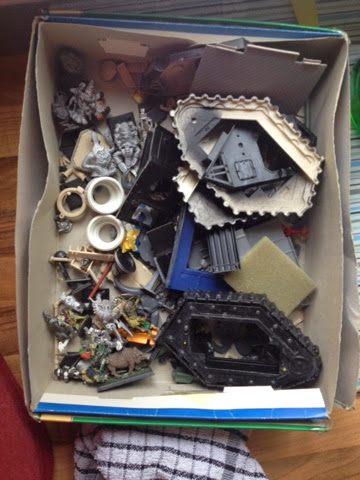 Hidden in the box were some pre-slotta orcs, a hobgoblin, a Gobbo wolf rider with a missing foot, and orc boar rider, a nick Lund orc but no wolf (:( ), a couple of plastic imperial guard and an unpictured plastic squat torso. I even managed to squeeze an RT chaplain out of his sweaty mits as my Space Sharks are in serious need of some leadership after their last outing! 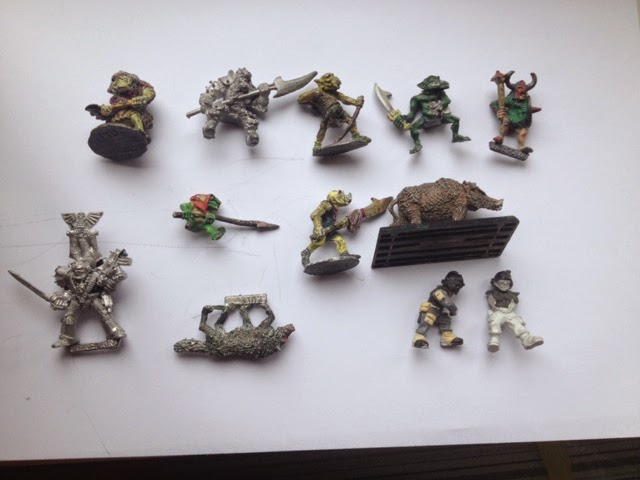 Also hiding in the clutter were these wonderful old pieces of lead. According to the good folks on the oldhammer Facebook group I have been blessed with a doppleganger, an oytugh, a roper, an intellect devourer, and either a krell or cave crawler or rust monster and the guy with the shield was identified as an aspis but I couldn't find any reference to them walking and using weapons. Do you have any ideas? 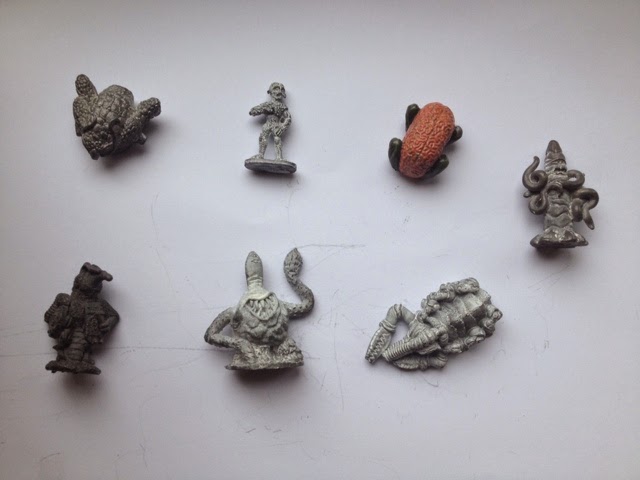 And, just to prove that I have been doing some painting as well as some acquiring, here is a progress shot of the mounted thugs. Spears and shields have a base coat on and then I need to spend time on the horses. 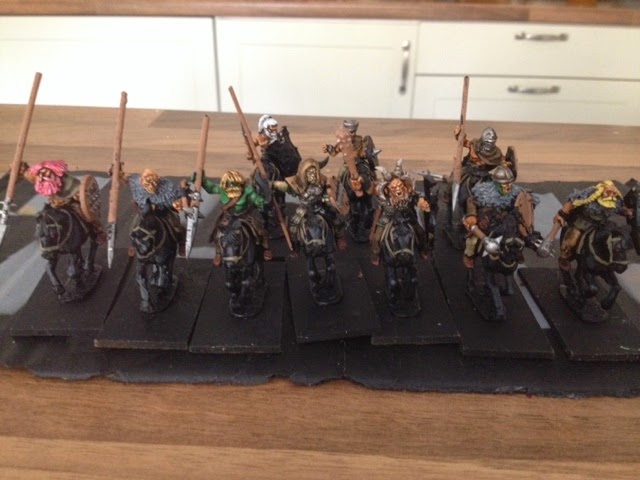