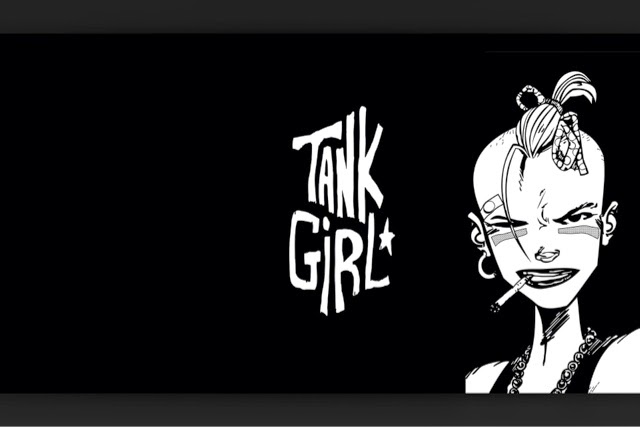 As well as being a member of the Oldhammer and Lead adventure forums I'm also a Frother. If you are unaware of said place, Frothers Unite UK is a forum that is verbally liberal and determined to be as honest as possible, even if that honesty is at times painful. However it is a place full of people who are passionate about our hobby and also have a lingering love of old citadel figures as well as loads of guys who actually work in the industry.
Several of these lovely gents have set a up a fundraising scheme where they produce a figure (or figures) for members who donate money which goes to Cancer Research and the MS society.
Sculptors, casters and general fab people donate their time and expertise to create the miniatures.

This years model is Tank Girl along with Booga and Camp Koala as well as the Tank for them to ride along in.

I thought I'd use a bit of space on my blog to highlight the lovely guys responsible. (copied from Frothers)

Miniature sculpting genius (read that as you will) Kev White of Hasslefree Miniatures needs no introduction (although he does regularly need a stepladder if anyone has a spare). Friend to the Gurkhas and all round top bloke.

Ian ‘Geronimo’ Brumby of Fenris Games and Cthulu Wars is also back again and this time we’ve let him off basing duties so he can make something bigger, much bigger assuming the tentacles don’t get him first…..

Jo ‘Snuurg’ Brumby is also back for a second year on creature duties – we’re really grateful both the guys are finding time to help us especially with how busy they are – stars, the pair of them.

Steve ‘Relic’ Blunt is another who’s a glutton for punishment – he’s a relative newcomer to the putty pushing lark but, as anyone who saw last year’s Aquila knows, he’s a bit handy

And where would we be without a mould maker and caster? Nowhere, that’s where. Luckily they don’t come much better than Pete Brown. He makes a lousy cup of coffee but, thankfully, he’s much better with rubber and white metal.

The Mystery Frother – once again we’re incredibly thankful to the assistance of the MF who has, most generously, offered to subsidise the postage – without his help this project would be almost impossible to run.

And joining up for the first time we welcome aboard

Nigel Higgins, a man who had enough sense to get out of the gaming industry but still, thankfully, retains several odd habits like supporting West Ham and searching for ghosts. He’s also a master of cutting up and sticking little bits of plasticard together so we’ve put him in charge of the fiddly bits.

Last, but by no means, least, we’re incredibly grateful to top artist and all round good egg, Rufus Dayglo for the artwork for this years’ postcard. Ruf is possibly best known for his work drawing the Nesquik Rabbit (ducks and runs for cover) as well as 2000AD, DC Comics, Tank Girl and many, many others.

Through the door yesterday popped a brown envelope with the words 'Tank to follow asap' scrawled on the back. 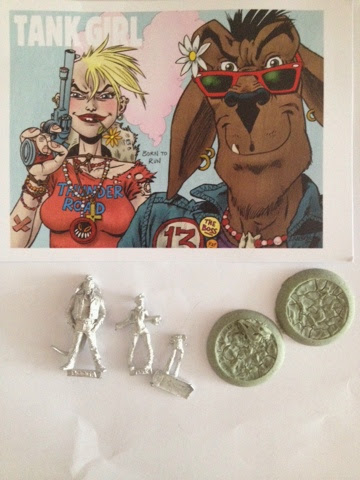 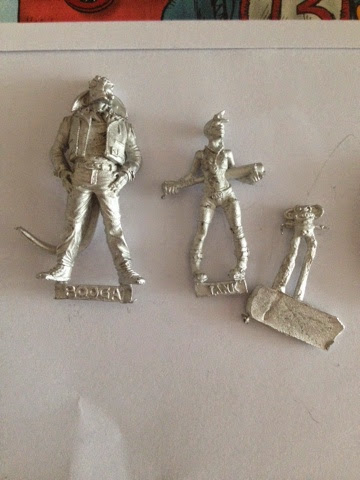 So thanks to all of the above guys and well done for raising a tub full of cash for charity. Much better than throwing a tub of cold water over your head.

I hope that next year Frothers can raise even more money for these charities. When the next push is announce, I'll let you know.