Getting back to it

August 20, 2014
So BOYL14 is over and despite the feverish enthusiasm on the Oldhammer forum the next one is long way away. It's back to the painting board and on with other projects. For me, that means getting some fantasy stuff painted. My plan is to get enough units painted to field an army. However, as I am a contrary bugger I can't quite focus on one army (chaos) or the other (greenskins) so i've decided the best thing to do would be to paint units for both, alternating one for the other and fielding it as a mixed force. Once I've got a field large enough to field I can continue to add units and it should organically become two armies. That's the plan anyway. 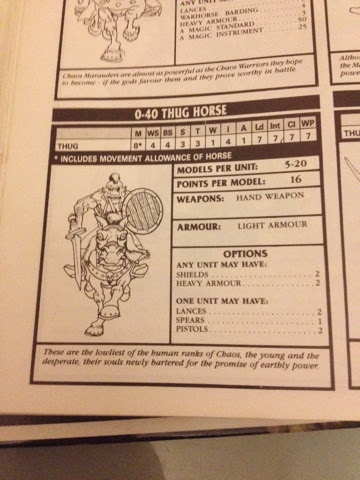 The first unit is one that you don't see very often but who do have an entry in the Wrahammer armies and the Slaves to darkness lists. Mounted Chaos Thugs. I see these guys as the harbingers of a chaos army. These are the first troops that would appear reiving and burning as they sweep ahead of the host, bringing despair to the civilised worlds. 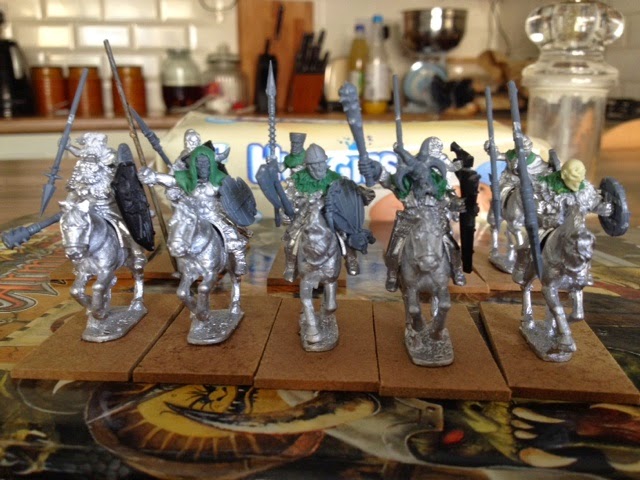 Here you can see a WIP shot of the unit. They are Foundry ancient germanic cavalry (that I bought at the weekend we won't talk about anymore) with head and weapon swaps, some shields from beasten and chaos warriors and a bit of greenstuffing. 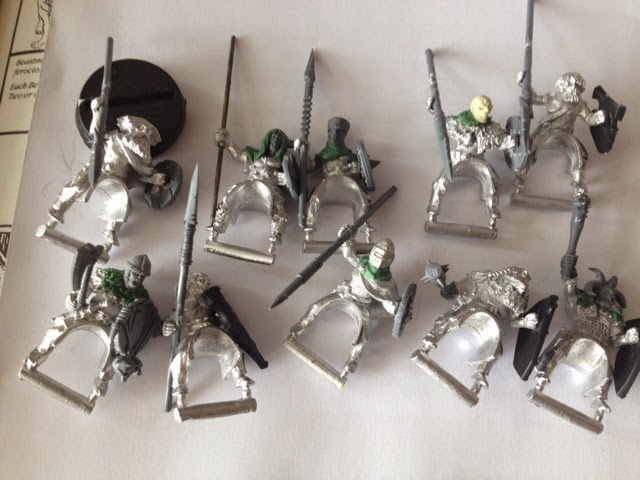 Here they are before they got on their ponies. 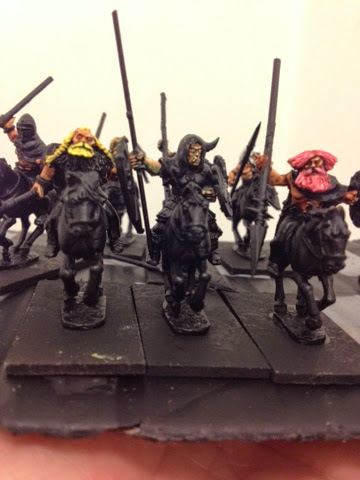 I've even started to paint them! (the guy on the left reminds me of James Cosmo) The scary looking dude in the middle will be the standard bearer. 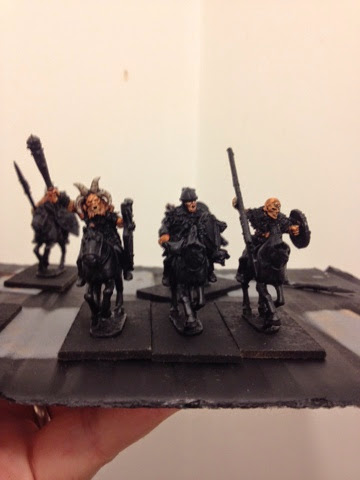 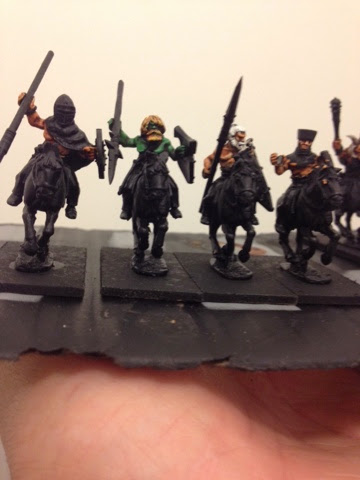 The final four thugs including a greenie! 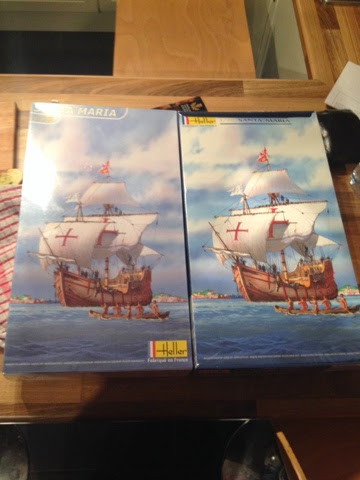 In other news. One of the ideas for next years gathering of leadheads is nautical adventure. There isn't much form to the plan but essentially it'll be a series of battles including boats. To aid me in my endeavors the postie delivered two (yes two!) model kits. They are 1:75 versions of the Santa Maria but I do intend to do a bit of work on them. 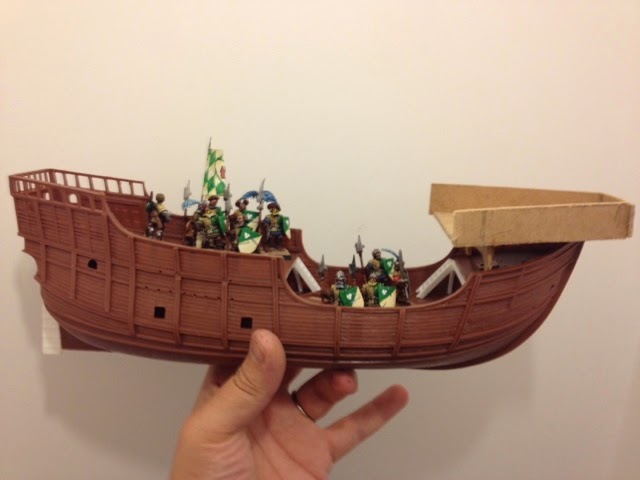 Here is a nice pic of ' The Prince of Foxes' with the start of the scratch built forecastle. I'm not going to attach it yet as I need to waterline the hull first (cut the bottom of the ship off so that when it sitting on a table it appears to be 'in' the water. When I get to work and have access to a big nasty band saw it'll be a lot easier. I want to build an aft castle as well and mount a cannon in both, I really like the lead adventure cannons but they are expensive, we'll see. 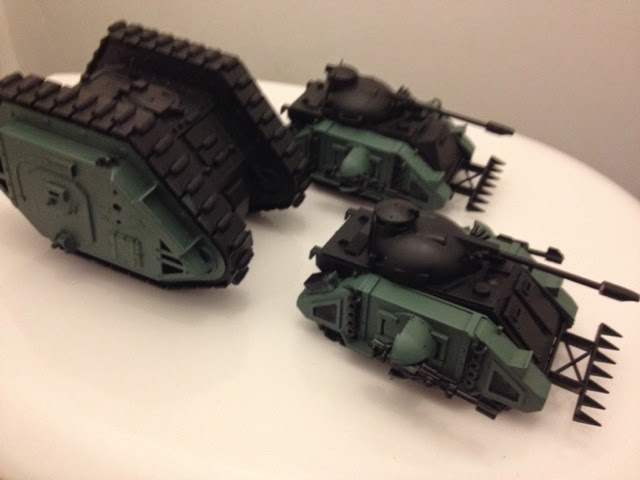 Another piece of old school brilliance is my 3 RT tanks for my sons of horus army. I'm supposed to be playing a game this weekend but my sons are only in state of semi-painted ness, I don't like playing with unfinished models but I just haven't had the time to do anything but the basics. The landraider has it's lascannons now thanks to Scalene and Captain crooks but i need a lascannon and an exhaust for one of the predators. I let you know how we get on this weekend. I might be able to wangle a game of RT as well! Watch this space.