Nemesis the Warlock Vs 40K

While reading through the Oldhammer facebook group the other day there was a very interesting thread that started off as a idea about starting a oldhammer book club and turned into a discussion about the early influences on warhammer and Rogue Trader. the interesting thing was that the people having the discussion were the people who were actually there, Rick Priestly and Tony Ackland. Aside from the revelation that John Blanche really doesn't read much there was a lot of chat about classic Fantasy and sci-fi novels having influenced various folks there was this quote from Rick.
"Dune and 2000AD - well that's 40K really - to which you have to add Dr Who, Blakes 7, Star Trek, Star Wars and such like - Heavy Metal magazine"
to which Tony added
"Nemesis the Warlock from 2000AD was a big influence on 40K. That reminds me of the early days when I used to call in the newsagent's to pick up 3 copies of 2000AD. One for Bryan, one for Tom Meier, and one for myself."
Now I've long been a fan of 2000ad and I've written on this very blog that Rogue Trader was hugely influenced by the anarchic, anti-establishment, post-punk atmosphere of the times but it's nice to see it commented on so openly.
So I thought, why not do a bit of a trawl through the Nemesis the Warlock universe and see what it was that actually influenced the chaps behind our favourite table-top, sci-fi, dice rolling, toy soldier pushing past time.

Undying, corpse like, leader of all of humanity? Check

Complete and utter intolerance of any deviance or mutation? Check 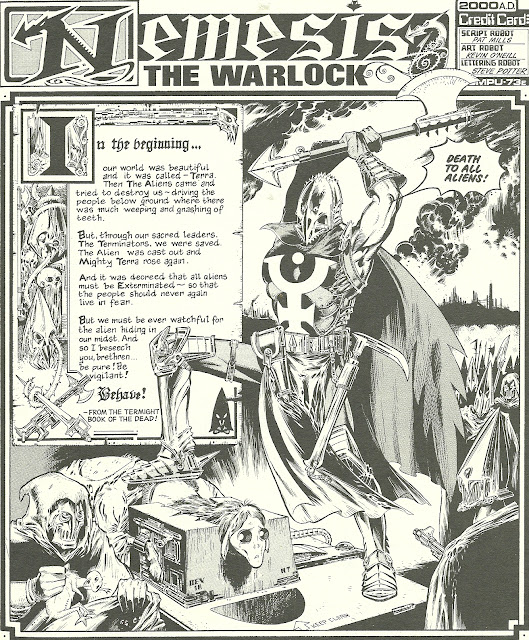 Humanity engulfing disgust of aliens and complete xenophobic need to destroy them all? Check 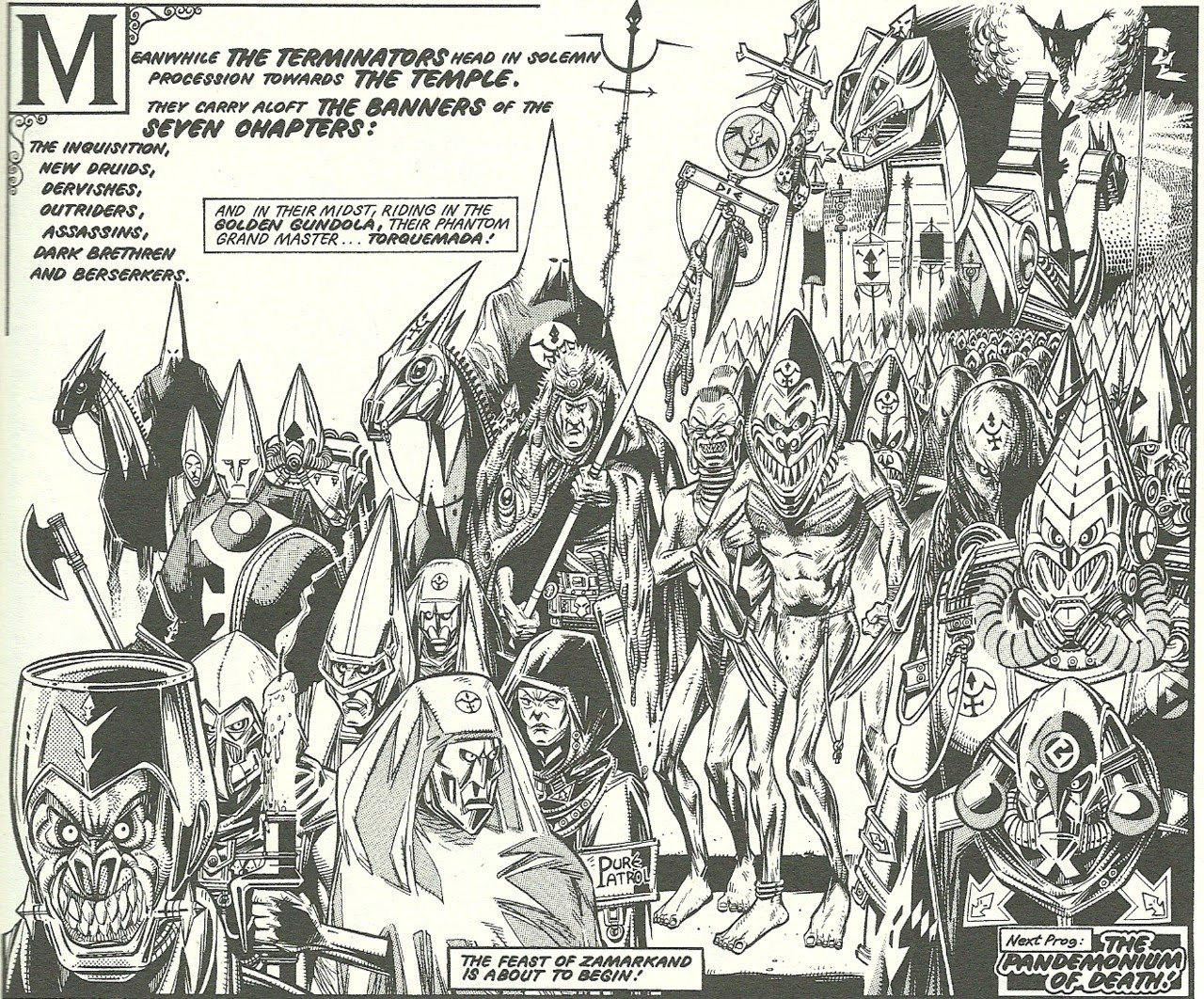 Future human society using technology from the past without fully understanding what the hell it is? Check 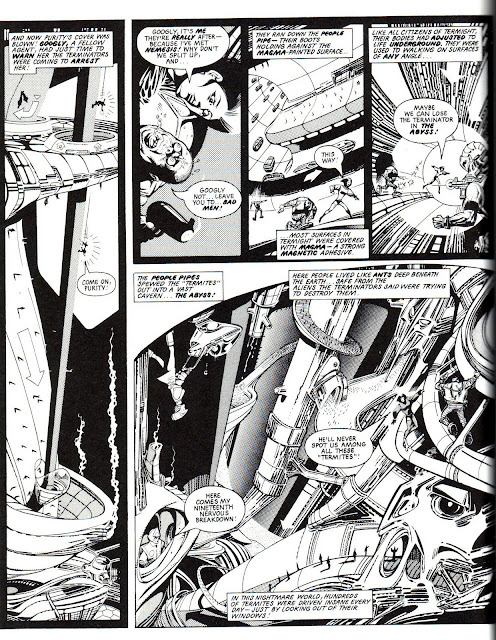 Galaxy spanning human empire based on Terra with humanity living in massive Hive like cities and acting like insects? Check 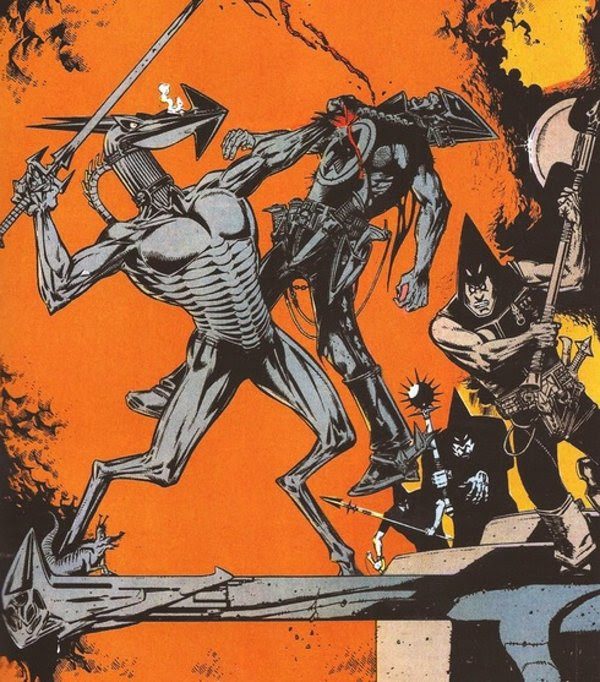 Humanities greatest enemy is the demon and the warlock? Check Well I think that we can conclude only one thing from this research.