The green, green grass of.....where ever!

March 11, 2014
Yesterday, as my sixth formers worked away on their own projects, I made a lovely smushy mess in order to make a gaming mat. I didn't take any pictures of the actual process as it's fairly well described on here and also because it made such mess that I didn't fancy getting brown gunk all over my phone. I left the mat drying over night.
This morning I came in and this is what I've got! 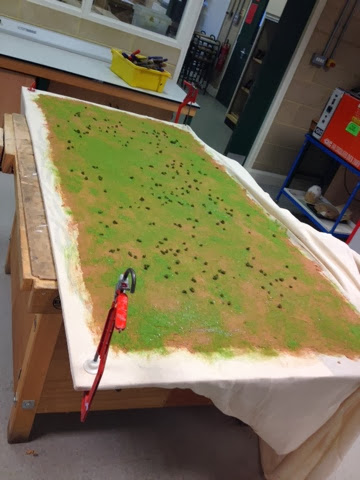 It was a little bit damp still. I'm not sure if it's because I layered the mix on too thick or because I didn't put enough caulk in the mix but after I'd cut it out and shaken off the excess flock I turned it over and sneaked into the Hair and Beauty lab and borrowed a hairdryer. 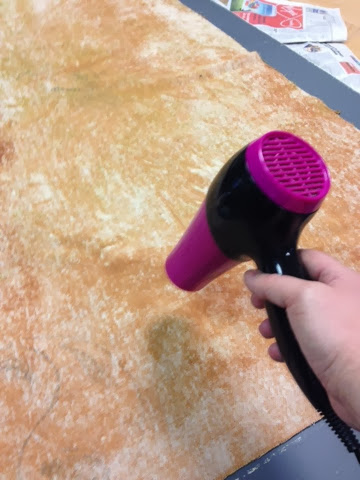 I stood for a while 'baking' the back of the mat, getting funny looks off of passing students and staff. And then turned it over and did the same to the front. I'm going to leave it out as long as I can just to make it a dry as possible. 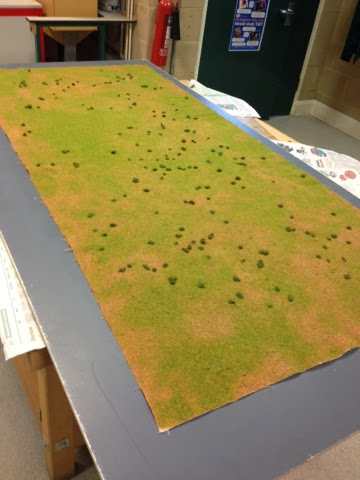 But here is essentially the finished mat.I'm quite chuffed with the results. I'm going to do another one with a road down the middle and possibly one that is a bit more 'sci-fi' but that won't be for a while. 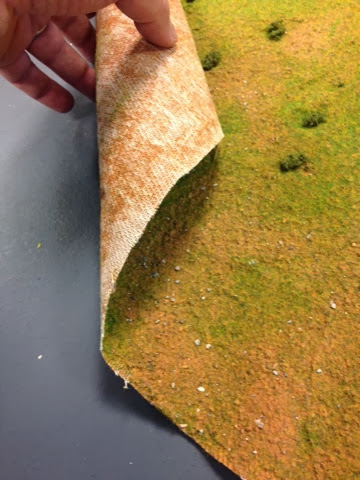 Just a quick shot to show that it does roll up nice and easily. I'd probably recommend something with a closer weave for the material, I just used a drop cloth which is relatively open, but it worked fine. 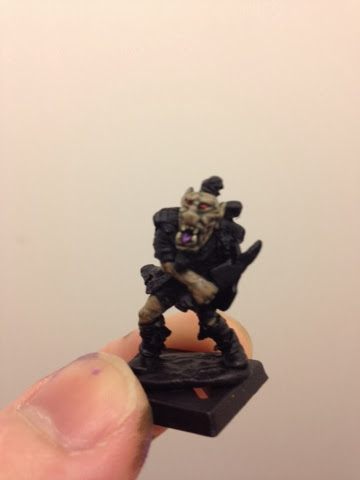 I've also made a start on the marauding goblinoids that'll be harassing Felderberg and the surrounding villages. I started on the flesh for the half orcs. I wanted something that looked like a mix between orcoid and human skin and I reckon it was pretty successful. I started on Agaroth as I really like the figure. 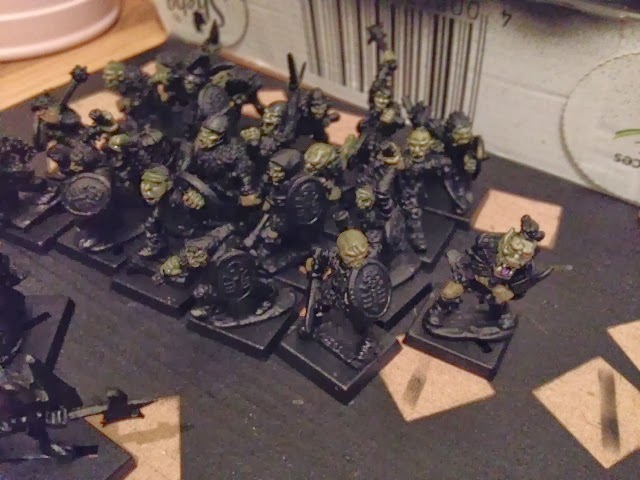 Then did the other 20. Crap photo but you get the idea. I'm going to get started on clothing and weapons and stuff tonight but I must try and avoid getting distracted. 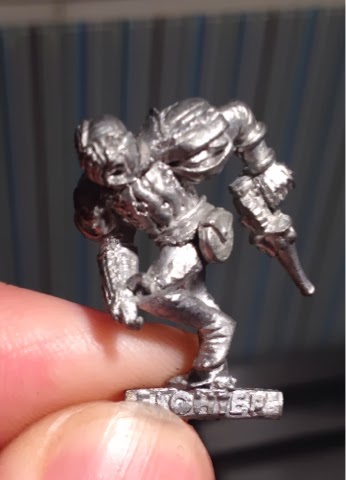 And this is the guy that keeps trying distracting me. He's from the first slotta range, C01 fighters where he is described as 'Cyborg Warrior'.
Here he is in the hallowed pages of stuff of legends from the Spring 85 Citadel Journal.

You might notice that in the image above he's got a sword rather than a Shruiken pistol and for that I can only thank the bloke (it was probably a bloke!) that I bought it off. I think he's such a characterful mini that I'm eager to get him painted and slot him into my Sensei Warband (as soon as they manage to get enough experience points to warrant another follower!) I like the idea of him being some sort of slave who'd been altered by his masters as a court killer, strangling his lords opponents with his 'evil' cyborg hand. In an terrible act of rebellion he turned on his Master and used his strength to destroy him, escaping to space where he was picked up by the Sensei who gave him the chance to redeem himself by fighting to free the universe of chaos, one renegade at a time.