March 23, 2014
In a follow up to the last post I thought I'd show the naked metal that should eventually become my RT era bloodaxe army. 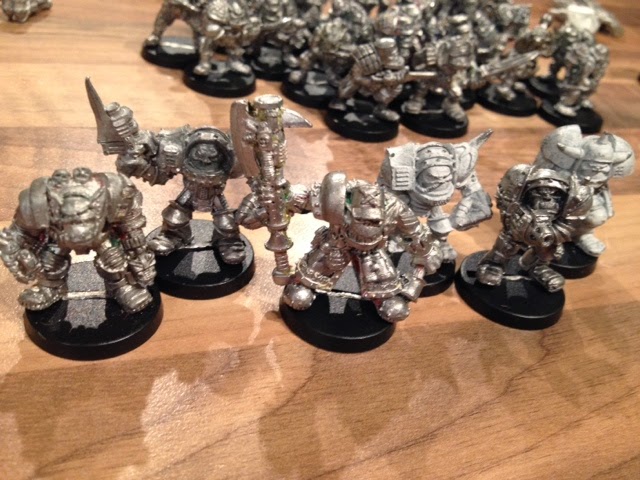 First up the boss and his power armoured Nobs. 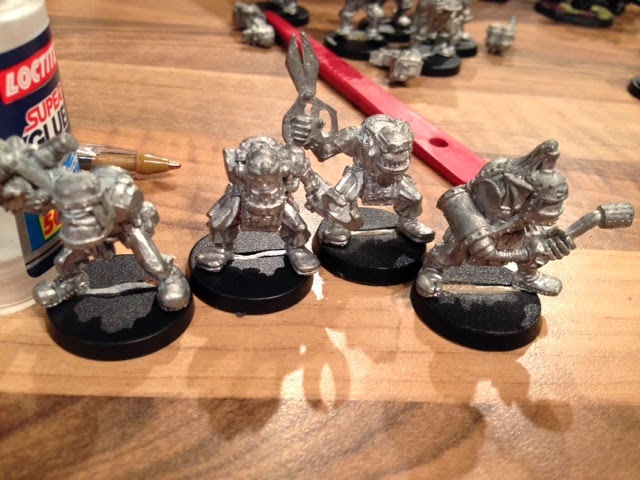 Next, the Oddboys. Two meks and two pain boys. 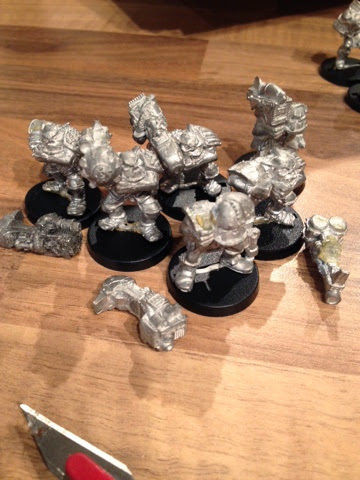 The boys with the 'eavy weapons. 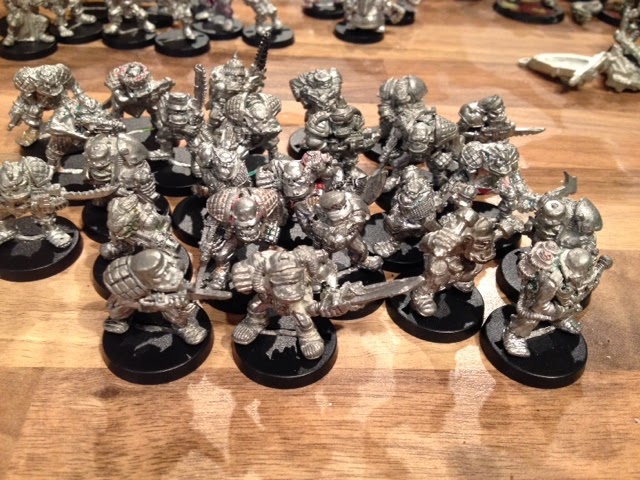 The rest of the boys. Enough to make a big mob and 4 mobs. I think I need a single ork sarge type. 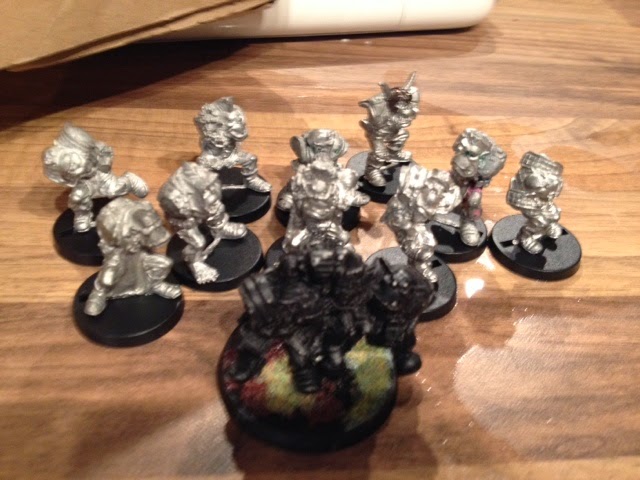 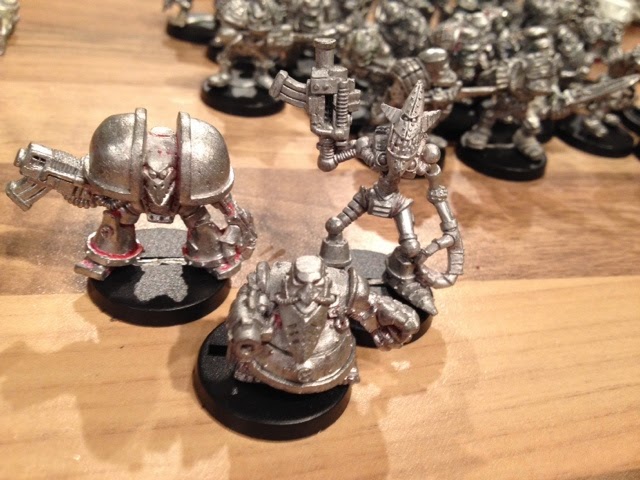 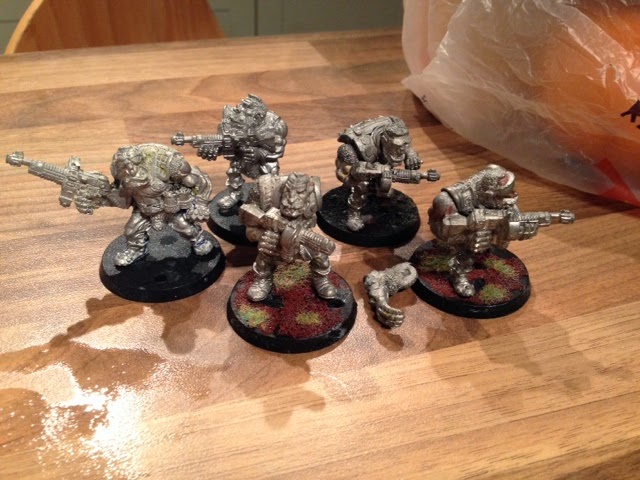 Big boyz. I think I've got another one somewhere. 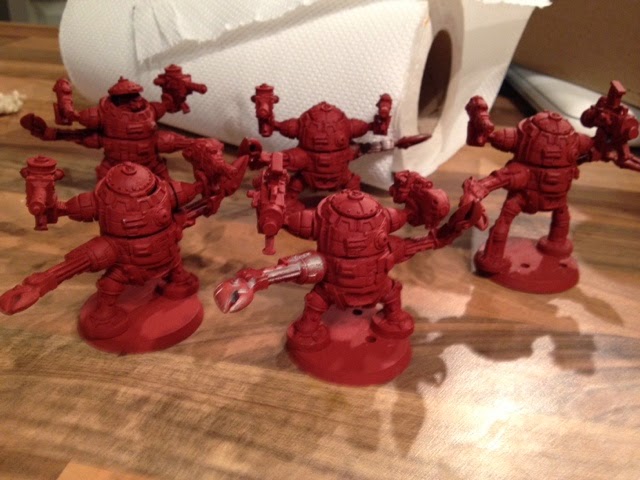 The dreadmob. They are gonna need a painboy and a mek. 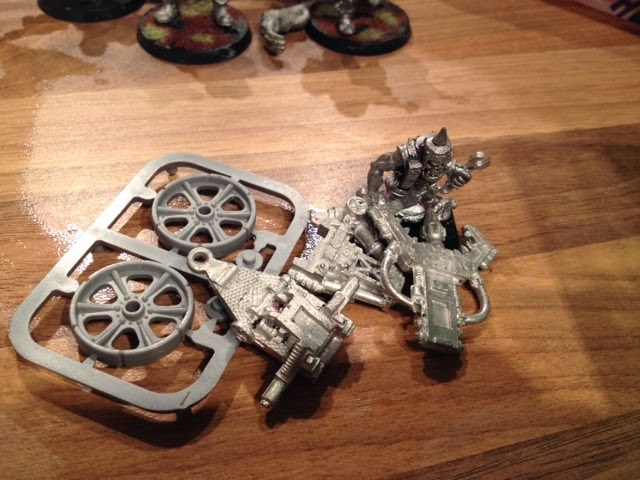 A runtherd looking for the grotz who left the lifta-Droppa in bits. 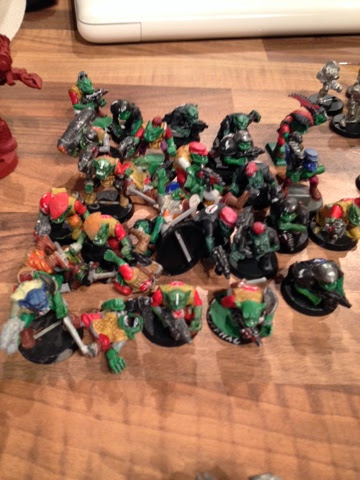 And a whole bunch of placcy orks resplendent in their 80's paint jobs!

If I'm gonna make this a bloodaxe army then I can use some human adventurers, some Rhino's and I need to find a nice model to use as a human advisor. Any suggestions?
Rogue trader