Not Quite the Full Orc

January 08, 2014
I haven't managed any painting this week so far. That's what going back to work will do for your painting mojo! Boo! to having to work to earn money to spend on shiny mini's!
On a more positive note, after an additional 3 hour post full teaching day in service training event, I came home to find some figures waiting in the letterbox that I don't actually remember ordering! Some Musketeer miniatures, specifically the Aella and bannerman plus some archers. I think I might have been a bit pissed some time about new year. Nevermind, I was thinking about getting them anyway! WooHoo! They are going to be for my saxon/ goth warband for Dux Britinarium. If any of you are thinking of getting into this game then might I be cheeky enough to suggest that you check out the sales section on the Oldhammer forum as I have a huge number of figures suitable for playing it that I'm trying to offload (a Hail Caesar project that never got past painting the first unit!) 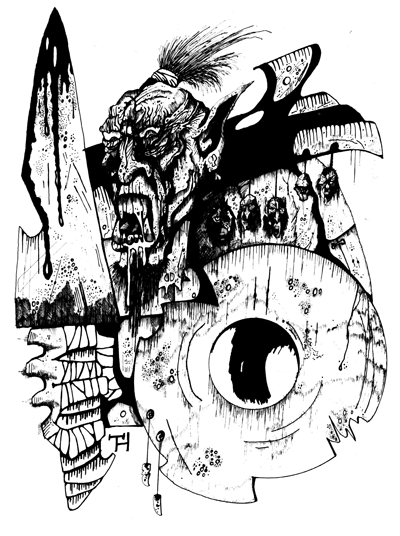 Anyway, that's not what I wanted to talk about. I thought I'd have a blether about one of the warhammer races from the time of 3rd edition that really fascinate me. Half-Orcs.

In Warhammer Armies, Half-Orcs are available as a mercenary contingent. You can take a commander, a shaman, Elite warriors, archers and basic warriors. The stats are fairly similar to humans so they aren't anything special and they don't have anything particularly unique in their armylist unlike the Hobgoblins with their frenzy. What makes them different from the all the other races is what their very existence represents.

But before we get too heavy lets think about why Half-orcs are in Warhammer. Like most of the races in fantasy games, their beginnings were in Tolkien's Middle earth. The Half-orcs were the creation of Saruman and were like the Uruk-hai but looked more man like. They were portrayed as spies used by Saruman but are apparently only mentioned once in Lord of the rings but worked in the breeding of the Uruk-hai in the pits of Isengard. Tolkien wrote that half-orcs (or goblin-men) were a result of deliberate breeding between dunlendings and Uruk-hai which created goblinoids as tall as a man with sallow skin and orcish eyes.

The next obvious place to find half-orcs is Dungeons and Dragons. D&D had a huge influence on the nascent Games Workshop and citadel as making figures and distributing the game was the main reason for the business existing in the early days. Half-orcs were portrayed as being born in the wildlands where orc and human tribes mixed and in the first edition of D&D you could create a Half-Orc as a Player Character. This changed in 1988 with the second edition. Although they still existed they were moved to to the role of monster and enemy. No longer was it acceptable for the Half-Orc to be a hero. Way too controversial.

Before this though, Games Workshop had produced there own game, Warhammer, and most of the races had been borrowed from Tolkien of D&D and Half-orcs had been drawn in like many others.
GW produced quite a few models.

There was even a regiment of renown, Mudat's Mercenary Half-Orc Maniacs

Although I've got a lot of the C10 figures I've only ever managed to get a hold of one trooper from Mudat's regiment. (if anybody has any, let me know!) They never got converted to slotta base as far as I know.

There was also a Slave Ogre model with a couple of Half-orc handlers. 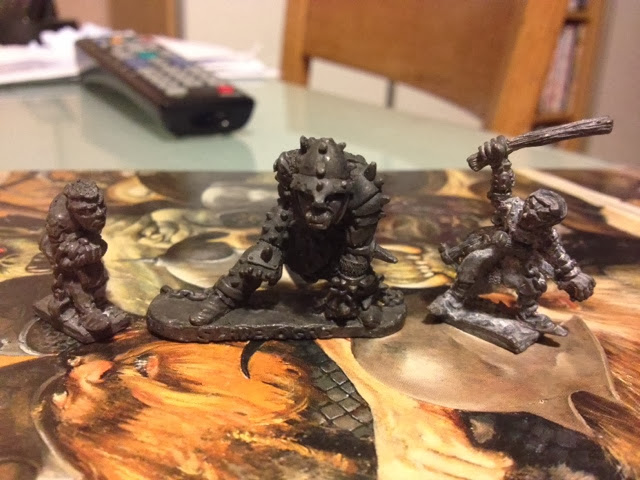 There was also Agaroth the Unwashed who's picture opened up this little chat. A model that was produced as part of a range of characters that included Thrudd and the white dwarf.

He's another figure that I want to get my hands on!

So what happened? Come 4th edition Warhammer, Half-orcs were gone. And it doesn't take a genius to see why. Warhammer Armies describe Half-orcs of being from mixed human and goblinoid blood who were outcastes from human society. The very fact that half-orcs exist suggests that the kind of warfare that happens in the Warhammer world is not neatly held within the confines of a battlefield. It suggests that Orcs are a different kind of villain than a kid friendly company might want to be part of their game. D&D had taken PC Half-orcs out of the game (and renamed demons and devils) in abid to be less controversial. It's hardly surprising that GW did the same. In the late 80's roleplaying games and the like were incredibly popular and this gained them a lot of attention from media. Obviously the idea of teenages huddled in dark rooms talking about Demon and monsters scared the beejesus out of some God-loving folks, especially in the states, and games companies tried to clean up their act a bit to avoid the glare of negative publicity. This is probably what happened to the poor old unwanted Half-orcs. It doesn't look good selling games to kids if one of your races is the direct result of massed rape (upto 100 warriors in the army list!) by monsters! You can't really argue with that logic, can you?
However, I don't appear to be that squeamish. 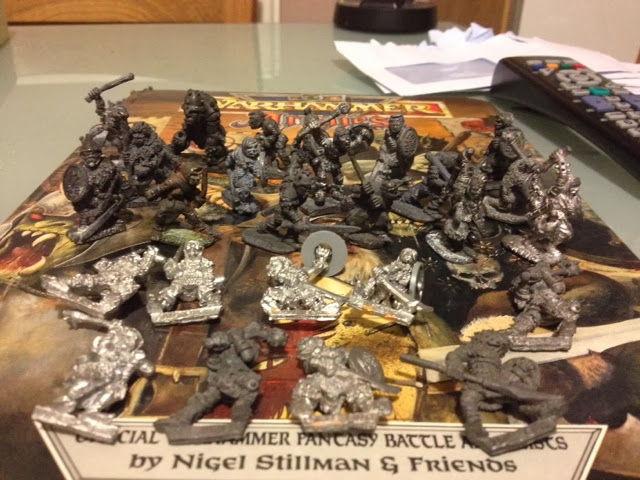