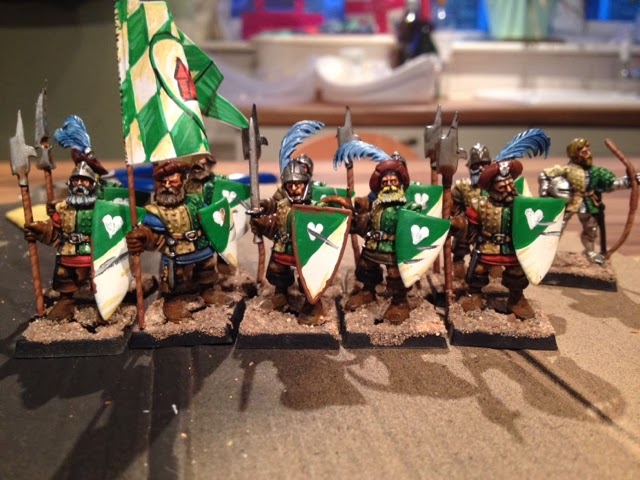 Finally got a bit of time to do a bit more work to the Netherport watch. Looking at the photos there are a couple of things that need tidying up, especially a couple of the shields (I rushing to get done as the family were due back and I yet to put the dinner on!) and obviously the bases are needing finished but apart from that I reckon they are mostly done. How's the rest of your warbands coming along? Are you still hesitating? Come on, no point waiting, we all want to see your stuff! 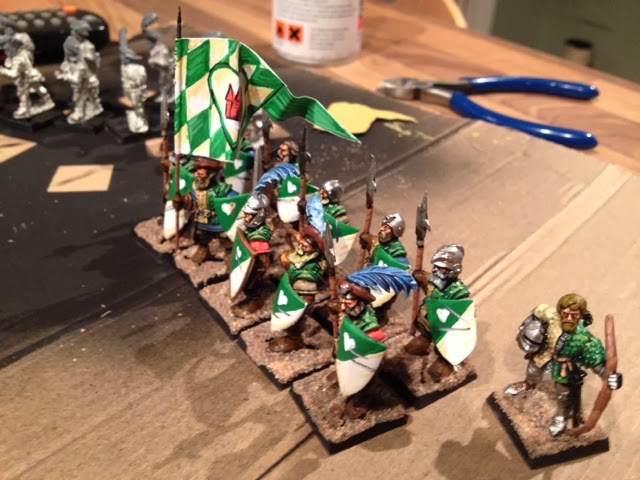 Another view of the watch. I've got another set of men at arms coming that cost me the princely sum of 99p!  They are probably going to end up being the Cowgate watch, another 10 man watch that, when I put the two of them together, will make a decent sized unit but we'll just concentrate on the target 21 figures just now. They also appear to be coming with some one piece beastmen so if anybody wants them for their warband just let me know. I think there are six of them. 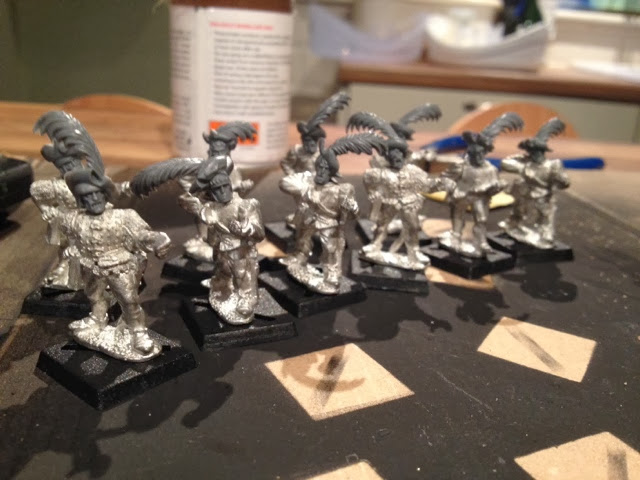 I also got some time to decapitate the rest of the crossbowmen and replace their heads with plastic empire ones. I think they look pretty good. I need to glue in their crossbows and undercoat them and I also need to decide if I want to give them a banner or not. I probably should. I did doodle a load the other day. 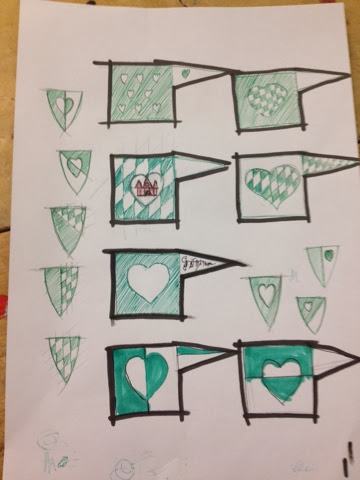 While I'm here I received my figures from lead adventure the other day. Bloody quick service! All the way from germany. They are lovely figures, full of character and really nice casts. They have a lot of swagger, full on, cocky, mercenary types. They will no doubt end up being painted in a riot of colours that is befitting of landsknechts. Highly recommended. 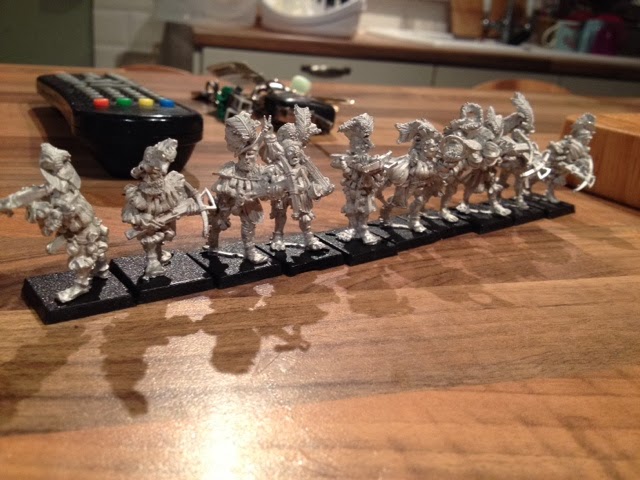 I've managed to arrange a game! I know, shock horror! Next weekend I'm heading up to the midlands to meet another of my old, exiled scots, mates and we're going to have a chilled out game of 40k. I want to use my figs so it'll be a make it up as you go along Rogue trader/ Necromunda type game. I'll spend the rest of the week getting figs finished and based and hopefully get a report on by the end of next week.

Oh, and Happy Burns Night, may I recommend a nice single malt for this evenings tipple. Talisker, Aberlour or Macallan are all good shouts.