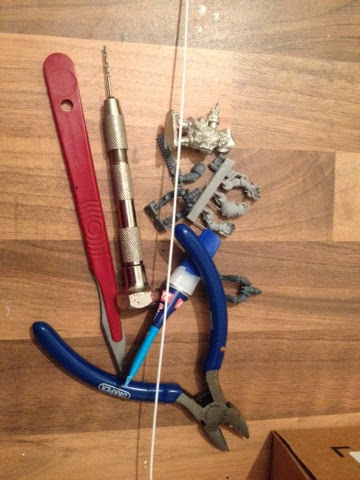 While fishing around in one of many bags of mini's I came across this fine looking chap. I was originally looking for a companion for the god professor but I was suddenly overtaken by the urge to convert! 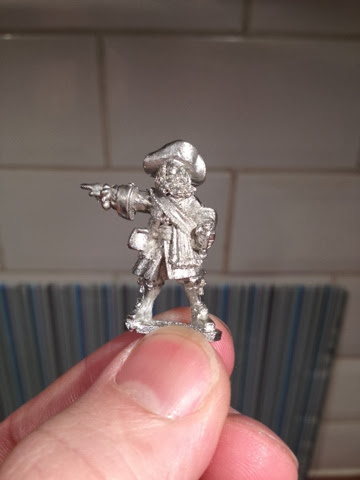 This chap is a Pirate from Foundry and as I looked at him I started to think about the old days of Rogue Trader where all mini's were fair game and imagination and creativity were the name of the game. Why can't this be a Rogue Trader or a Pirate? Let's Rogue-ify him! 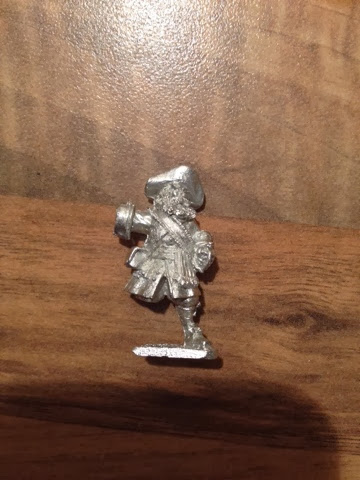 First thing I did was clip his hand and leg off. You can't see from the angle but I also cut off his cutlass. 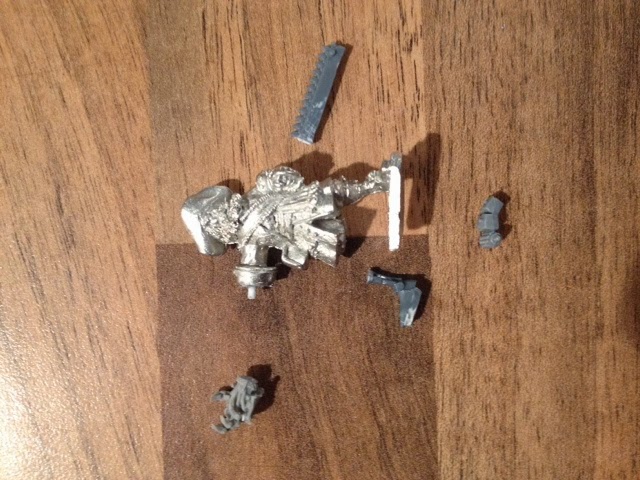 Here's the bits ready to go. The claw is snipped off a resin 3rd party power arm (i've forgottem whose). The leg is a necron pilot's, the little additional footplate at the bottom will help to level the foot with integral base of the foundry figure. Grenade and pouches from the catachan sprue and the chainsword from the cadian one. The arm has been drilled and a plastic rod pin glued in. I did the same with the leg but as I trimmed the leg down realised that it was too thin to pin properly so removed. 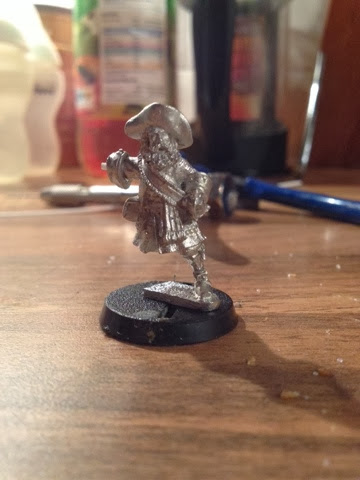 Because of the integral base I glued him to a base first before I fitted the other parts. This was mainly because of the leg fitting. 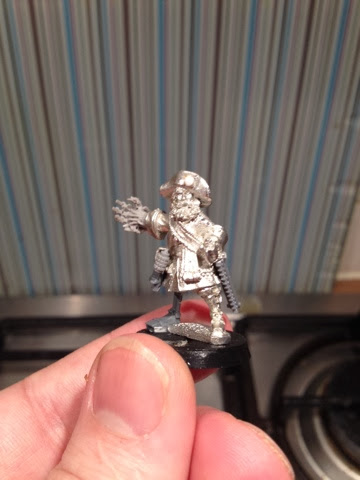 And here he is with the main parts fitted. I've added a couple of acrylic rod widgets to his hat and I also cut down a bolt pistol so that I could use his pouch (behind the grenade) as a holster.

At this point I undercoated him and then started to paint him.

Then decided to add bits. Fuckin' typical of me that. I found a servo skull and was fiddling around and noticed that it fitted quite nicely into his claw. 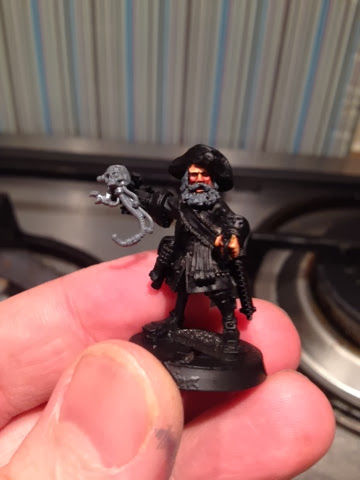 A conversation on the Oldhammer group on Facebook ( highly recommended!) later and this had morphed into a shoulder-perching cyber-parrot! 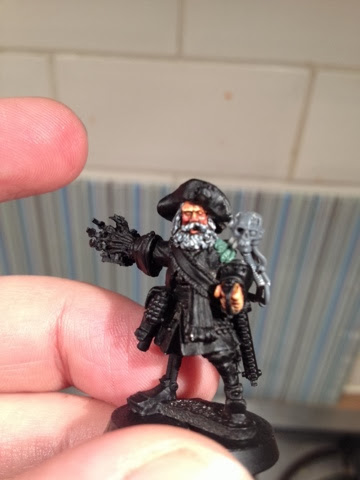 All of this while trying to watch the last Harry Potter film with the wife!
Then this morning while I was green stuffing a portion of the hat I'd cut away unnessecarily, I decided that he needed a tad more flamboyance. 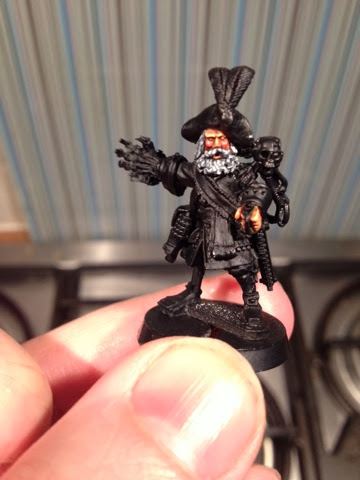 On to the painting!