December 01, 2013
Here's a quick pick of one of the.....I want to say factions but there must be a better word? Side? Team? Gang? I think of something. Anyway. One of the groups that I'm working on in vague attempt at luring some other members of the OGRE faction of the oldhammer network into a game of Rogue Trader at our next get together. 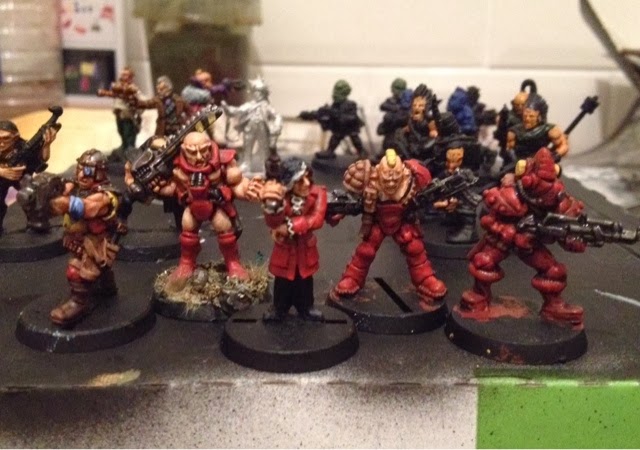 So may I present Osiris Klunge and his bodyguards/ minions. The game I'm planing will involve a four way tussle. Essentially there will be something that each if the groups is after and they may not be the same thing as the other players. Each player will have a briefing that will explain why they are there and how they will win. All they have to do is complete whatever it is they need to do without all the other players getting in their way. I see Osiris as a bit of a player. Possibly fronting some legitimate business he nevertheless has lots of dodgier contacts and is not afraid to personally call in debts (obviously the boys make him feel a little bit more secure!) I'll add another five mean looking mercenary types to build them up to 10. 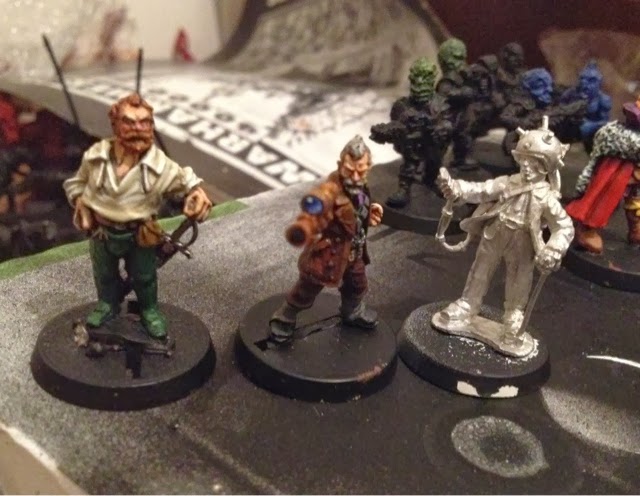 I've started to put together a set of companions for the good, erm, Professor. As he is a time traveller I figured he needed someone obviously out of time hence the swashbuckling gent (who has yet to be named) and the other figure is from Lead Adventure miniatures and I reckon I'll play him as a scientist whose invention has invested himself with a random psychic power or two. I've got a couple of abhuman engineers to increase this group to five. 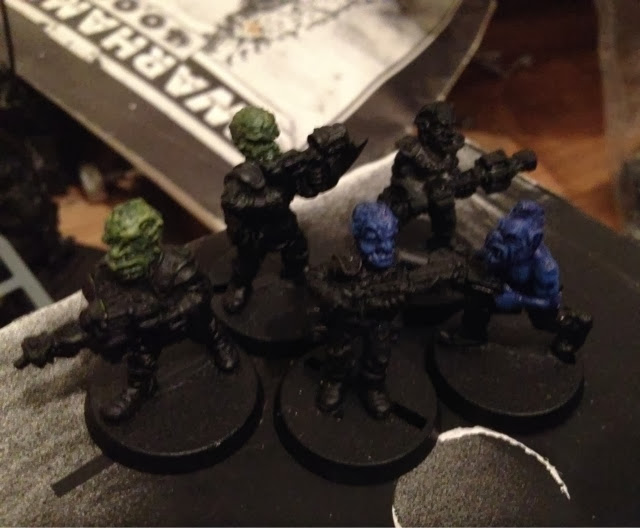 I was going to pair the prof up with these xenos types but I think they look a bit too mean so they might go and back up the Psyker. I might do some other more mysterious xenos to go with the prof!
Rogue trader